Foreign Intervention in Mali Is Libya in Reverse 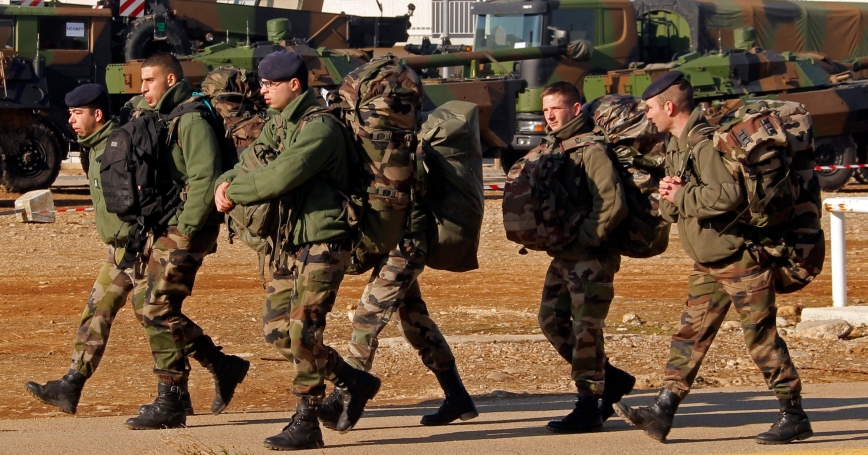 French soldiers prepare for their departure for Mali on January 25, 2013

The objectives of the French operation in Mali are exactly the reverse of the NATO intervention two years ago in Libya. And once the air strikes in Mali had begun, France had little choice but to put boots on the ground. France's allies, including the United States, now need to back the intervention militarily, politically, and diplomatically.

France's decision to bomb targets in rebel held areas in Mali was initially met with widespread approval, including the backing of the United Nations Security Council. The French decision to follow up those strikes with ground forces has received a less enthusiastic response, given France's imperial history in the region and weariness in Europe about military interventions involving boots on the ground. Earlier this week, Paris and Washington were in a row over who would foot the bill for the C-17 transport aircraft the United States was using to help haul French troops into theater.

Airpower was critical for the success of NATO operations in Libya, but that success also hinged on the capabilities of the rebel forces that eventually took Tripoli. If those troops had not been motivated, equipped, and trained by French and British special operations forces on the ground, NATO's bombing would have had much less impact, and the rebels likely would have required far longer to topple Qaddafi.

Although there are differences with the current French operation, the ground forces are even more necessary in Mali to take advantage of the opening created by the air strikes. They are particularly important in the absence of reliable Malian troops to battle the rebels and hold territory as the rebels retreat. Moreover, if the war follows the path of the Libya conflict, the rebels will quickly adapt their tactics to better conceal themselves and thus complicate targeting from the air.

But how long can the French foray into Mali be sustained? French leaders say they want their part of the operation done in weeks. They want to marginalize the rebels, allowing the African troops to take over.

Recent history from the Balkans to Iraq, Afghanistan and beyond, indicates this will take more than a few weeks. The Libya operation took seven months, and the African forces tapped to protect Mali are reportedly several months away from full readiness. In 2003 the French conducted an operation under the European Union flag in the Democratic Republic of Congo that lasted three months and allowed for the U.N. to take over. Subsequent operations, for example in Cote d'Ivoire lasted much longer.

Achieving French objectives in Mali will thus take time—perhaps enough for France to run into difficulty. France had trouble sustaining operations in Libya due to shortages of key weapons stocks, such as precision-guided weapons. They could run into similar problems in Mali, increasing the pressure on France's NATO allies, including the United States, to do more to help out. Meanwhile, the dramatic events in Algeria last week drove home the fact that France is vulnerable to reprisals from Al Qaeda in the Islamic Maghreb and other rebel-linked groups. France also has a Malian immigrant population at home that it needs to take into account, lest such attacks reach the French metropole.

While the operational objectives of the intervention in Mali differ from that of the Libyan intervention, they are worthy nonetheless. France is in Mali not just to prop up a failing state in French Africa, but because Mali was becoming a magnet for jihadis from around the world and Paris rightly feared the country could become the next Afghanistan—only much closer to Europe. It is in the interests not only of France, but of the United States and France's other key allies to keep that from happening.

Christopher Chivvis is a senior political scientist at the nonprofit, nonpartisan RAND Corporation and author of Toppling Qaddafi, a forthcoming book on NATO's intervention in Libya.

This commentary originally appeared on U.S. News & World Report on January 24, 2013. Commentary gives RAND researchers a platform to convey insights based on their professional expertise and often on their peer-reviewed research and analysis.