To Help Africa, Do Business There 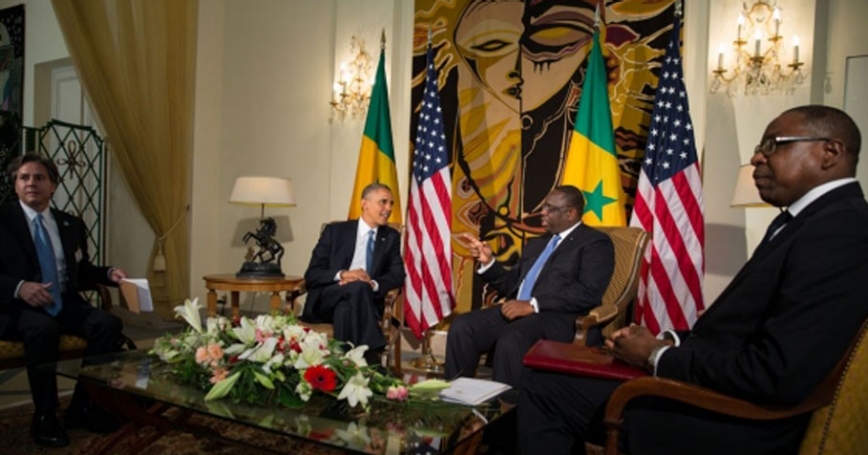 White House aides have stated that one of the principal objectives of President Obama's trip to Senegal, South Africa and Tanzania this week is to deepen American trade and investment in Africa. In addition to promoting stability and fostering economic growth, greater U.S. commercial engagement on the continent can also address a growing challenge for U.S. policy in Africa: how to respond to China's rapidly expanding involvement in African affairs.

Many observers believe that China is engaged in a fierce competition with the west for Africa's oil and natural resources and that Obama should therefore press African governments to keep China out. Such a step would actually be counterproductive. Not only do many African governments welcome Chinese aid and investment, but Chinese contributions to African infrastructure — when executed effectively — actually promote African economic growth and thus advance U.S. interests in a more prosperous continent.

U.S. and western companies typically see Africa as a series of obstacles rather than opportunities. U.S. and western firms are put off by political instability, corruption, inadequate or unreliable power supplies, poor transportation infrastructure, the relatively small size of African domestic markets and limited investment financing.

Chinese firms face the same challenges, but many Chinese entities are willing to invest in Africa despite these impediments because they receive direct or indirect subsidies from the state. The quid pro quo nature of Chinese resource-backed financing in Africa allows Chinese companies to expand into African markets and reap large profits. A large sum of China's recently announced $20 billion loan package to Africa, for example, will actually be spent on Chinese enterprises and workers hired by African governments. Such an arrangement helped increase China's investment in Africa from $100 million in 2003 to more than $12 billion in 2011.

The U.S. government, in contrast, provides very limited assistance to American companies. While the U.S. export-import bank loaned a record $1.5 billion in Africa in 2012, this figure represented only 4 percent of its total $35.8 billion in export financing. Similarly, the U.S. Trade and Development Agency has provided just $90 million to facilitate American investments in Africa (PDF) since 1981, an average of less than $3 million per year.

China also helps facilitate commercial deals by deploying an estimated 150 commercial attachés to Africa. The U.S. Commerce Department has far fewer resources (PDF) to promote U.S. businesses; it has only four dedicated offices in sub-Saharan Africa with 20 full-time commercial attachés, about half of them local nationals. More government support for American investment in Africa would create profits for U.S. companies, jobs and economic growth for Africans and competition for Chinese entities.

While Chinese investment has funded large-scale infrastructure and industrial projects that contribute to African economic growth, few of those benefits trickle down to the community level. Chinese businesses on the continent often rely on imported Chinese labor, offer limited job training or opportunities for Africans to rise beyond unskilled work and, in some cases, institute abusive and unsafe work environments.

Empowering African governments, labor unions, civil society and businesspeople to resist Chinese abuses can also have a positive impact. China has already improved its business practices in Africa in an effort to reverse African hostility toward China's economic engagement. During his trip to three African countries in March, Chinese President Xi Jinping pledged to ensure that commercial ventures generate more long-term economic benefits for Africans. U.S. aid that enhances the ability of African governments and civil society to demand such reforms can both enhance economic development and encourage China to be a more responsible actor in Africa.

Increased American investment in Africa, combined with aid that strengthens local governance, can generate profits for American companies, promote African economic growth and encourage China to act more responsibly in Africa. In a 2007 TED talk, former Nigerian Finance Minister Ngozi Okonjo-Iweala argued that if the west wants to help Africa, it should do business there. Obama should keep this advice in mind during his travels.

Larry Hanauer is a senior international policy analyst and Lyle Morris is a research assistant at the nonprofit, nonpartisan RAND Corporation. They are co-authors of a report on China's engagement in Africa that will be released in the fall.

This commentary originally appeared on U.S. News & World Report on June 27, 2013. Commentary gives RAND researchers a platform to convey insights based on their professional expertise and often on their peer-reviewed research and analysis.