The Terrorist Threat to the Sochi Olympics 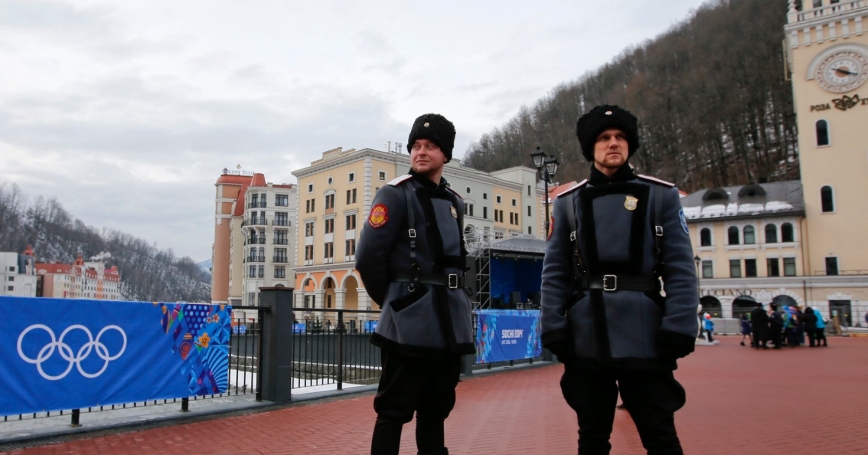 Concern over security when the world's athletes gather for Olympic competition has persisted for decades, but the terrorist threat to next week's winter games in Sochi, Russia, appears to be more substantial than ever.

From the Black September attacks on Israeli athletes in 1972, to the post 9/11 games in Salt Lake City, to the 2012 games in London, security has been a concern at all modern Olympics. Recent terrorist attacks in Russia, though, present particular concern as the world's athletes descend on Sochi.

Since the mid-1990s, 3,000 people have been killed in terrorist attacks in Russia, with much of the bloodshed linked to rebels from the Northern Caucasus. And in an audacious and unprecedented move, the leader of the Dagestan-based group the Caucasus Emirate, Doku Umarov, has vowed to attack the Sochi Olympics. Never before has an Olympics been so openly targeted.

The Caucasus Emirate has claimed responsibility for attacks going back to 2010, including bombings that killed dozens in Volgograd last year. The group backed up its latest claim with the release of videos supposedly showing suicide bombers preparing for the Volgograd attacks.

The threats are intended to rattle nerves and create terror, discourage visitors from attending the games and force Russian authorities to ratchet up security to new heights. To a certain extent, this campaign of terror has already succeeded in increasing local and international tensions.

It doesn't help that the games are being held in the Black Sea city of Sochi, not far from where Russia fought two bloody wars against Chechen separatists—from 1994 to 1996 and from 1999 to 2000. Russian forces were able to suppress the insurgents, but the Northern Caucasus—Chechnya, Dagestan, Ingushetia—remains a violent region where terrorist attacks are common.

Olympic security has been a major concern since 1972 when Palestinian terrorists, calling themselves Black September, held Israeli athletes hostage at the Munich Olympics. That event, which ended with the deaths of 11 athletes, changed what had been a celebration of sport and a display of international relations into a potential venue for conflict.

No international terrorist event has directly affected the games since Munich. A bomb did go off during the 1996 Olympics at Atlanta's Centennial Olympic Park, killing two and wounding over a hundred people, but that attack was intended to protest the legalization of abortion.

This year's Olympics come as Russia attempts to contain terrorist elements that have been responsible for the deaths of thousands of people. In Russia, eight major terrorist attacks claimed the lives of some 800 people since 2002. Smaller attacks have added thousands to the death toll.

Russia has invested heavily, both in dollars and prestige, in the Sochi Olympics and is determined to protect them. The government says it has encircled the Olympic facilities in Sochi with a “ring of steel.” Between 60,000 and 100,000 policemen and soldiers have been deployed to secure Sochi, including 400 Cossacks in their traditional uniforms. The Cossacks will add color but, given the role Cossacks played in Russia's conquest of the Caucasus, their presence will anger Russia's Caucasian foes. No cars are being allowed from outside Sochi. Russia has implemented the unprecedented security step of vetting and credentialing all spectators. Russian police are going door to door to seek out unauthorized residents and look for terrorist suspects.

There is, of course, no way of knowing whether the terrorists already have operatives inside Sochi or if they might have been able to pre-position explosive devices within the Olympics facilities. And while Russian authorities may be able to prevent attacks at the Olympic venues, they still face the possibility that terrorists may try to carry out attacks elsewhere in the country to embarrass the government while the world's attention is focused on Russia.

Today's Olympic games come with the threat of terrorism, that's a given. But, the upcoming games in Russia present an unprecedented threat that demands extraordinary countermeasures.

Brian Michael Jenkins is senior adviser to the RAND president and the author of “Al Qaeda in Its Third Decade: Irreversible Decline or Imminent Victory?” and “The Dynamics of Syria's Civil War.”

This commentary originally appeared on The RAND Blog and GlobalSecurity.org on January 31, 2014. Commentary gives RAND researchers a platform to convey insights based on their professional expertise and often on their peer-reviewed research and analysis.