Who Does the Affordable Care Act Leave Behind? 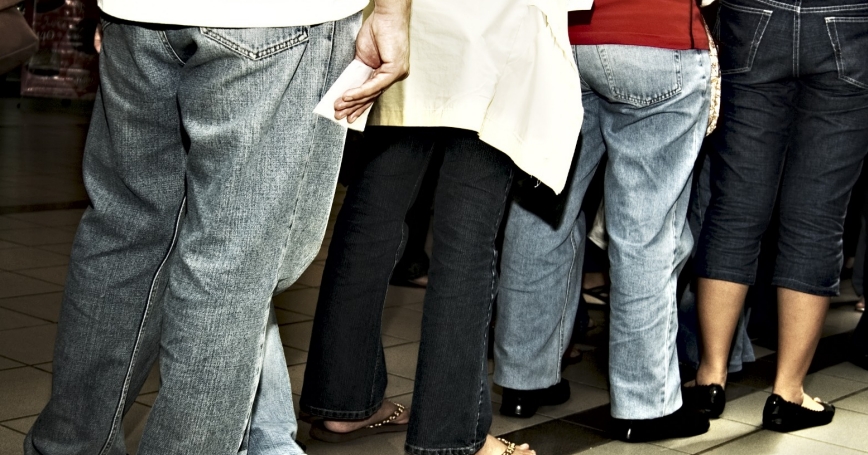 by Christine Eibner and Evan Saltzman

Although one of the primary objectives of the Affordable Care Act (ACA) is to achieve near-universal health insurance coverage, the Congressional Budget Office projects that 30 million residents, more than 10 percent of the nonelderly population, will remain uninsured after the major provisions of the ACA take full effect. The ACA extends health insurance through two direct avenues: expanding existing state Medicaid programs and providing tax credits to purchase private coverage on the health insurance exchanges, or “marketplaces.” Some uninsured individuals, despite having access to these public assistance programs, will choose not to enroll. However, a substantial percentage of the remaining uninsured will not have access to public assistance, and hence are “left behind” by the ACA.

We used the Survey of Income and Program Participation (SIPP), a nationally representative household survey conducted by the U.S. Census Bureau, and data from RAND's COMPARE microsimulation model to determine what fraction of people who were uninsured before the ACA took effect would be ineligible for Medicaid or marketplace tax credits. Figure 1 shows that, among the 52 million people who would be uninsured without the ACA, 64 percent, or about 33 million people, become newly eligible for public assistance programs due to the law. However, roughly 19 million people, or 36 percent of the previously uninsured population, are ineligible for either of the new public assistance programs offered by the ACA. Who are these individuals?

Notes: Analysis of April 2010 wave of the 2008 SIPP, updated to reflect 2014 population characteristics using the COMPARE microsimulation model. Employer offers and premium contribution rates are imputed to individuals based on the Kaiser Family Foundation Annual Survey of Employer Benefits.

In Figure 2, we identify four groups of previously-uninsured individuals who do not have access to Medicaid or marketplace tax credits. These individuals could have access to employer offers, or to private health plans. However, they are “left behind” by the ACA in the sense that they were previously uninsured, but are ineligible for any new assistance as a result of the law.

Individuals with incomes exceeding 400 percent of the federal poverty level (FPL; $46,680 for an individual, $95,400 for a family of four) are ineligible for either Medicaid or Marketplace tax credits. This group represents 16 percent of the ineligible, uninsured population.

As originally written, the ACA intended to extend insurance coverage to low-income individuals by expanding Medicaid to U.S. citizens and legal residents with incomes below 133 percent of the FPL: $15,521 for an individual or $31,720 for a family of four. However, in June of 2012 the U.S. Supreme Court ruled that states could opt-out of the ACA's Medicaid expansion. To date, 25 states have opted-out of expansion. States' expansion decisions have little effect for children, who are covered at or above 133 percent of the poverty line in all states through the Children's Health Insurance Program (CHIP). And, adults with incomes between 100 percent and 133 percent of FPL who would have been covered under Medicaid expansion become eligible for marketplace tax credits. However, in states that do not expand their Medicaid programs, there could be a coverage gap for adults with incomes below 100 percent of the poverty level, and who are ineligible for Medicaid under the state's existing law. These individuals will remain ineligible for Medicaid, and will not qualify for marketplace tax credits. Twenty-eight percent of the 19 million individuals left behind, or 5.3 million people, fall into this category.

Marketplace tax credits are available to U.S. citizens and legal residents with incomes between 100 and 400 percent of the FPL. The tax credits cap health insurance spending as a percentage of income, up to the price of the second lowest cost silver plan available in an individual's rating area. People are also disqualified from receiving tax credits if they are eligible for Medicaid or CHIP, or if they have an “affordable” offer of health insurance coverage from an employer. Offers are considered affordable if the employee's contribution for single coverage is less than 9.5 percent of family income. The affordability criterion is based on the cost of single coverage, even if the employee has a family.

We estimate that roughly 6.3 million people, or 33 percent of the ineligible, uninsured population, are disqualified from tax credits due to an affordable employer offer. By definition, these individuals have access to health insurance. However, many of these individuals could be better off if they were permitted to receive marketplace tax credits. Marketplace tax credits require families to pay a percentage of income towards coverage, starting at 2 percent and reaching a maximum of 9.5 percent of family income for those within incomes between 300 and 400 percent of the FPL. In contrast, an employer offer is considered unaffordable only if an individual must pay at least 9.5 percent of income towards employee-only coverage, with no allowance for the possibility that family plans could require higher contributions. Figure 3 shows that 63 percent of the 6.3 million currently uninsured individuals who are ineligible for marketplace tax credits due to an employer offer (about 4 million people) must pay more for their employer plan then they would for a marketplace silver plan. These findings understate the benefits of marketplace coverage for low income workers, since we have not factored in the potential wage reductions associated with employer insurance.

Notes: Analysis of April 2010 wave of the 2008 SIPP, updated to reflect 2014 population characteristics using the COMPARE microsimulation model. Employer offers are imputed to individuals based on the Kaiser Family Foundation Annual Survey of Employer Benefits.

The ACA makes strides towards reducing uninsurance in the United States, but many people could remain without access to easily affordable insurance coverage options. Among those most at-risk for having no access to more affordable health insurance after the ACA takes full effect include low-income adults in states that do not expand their Medicaid programs, and low to moderate income individuals with relatively expensive employer offers. Both of these issues could be addressed, at least to some degree, by expanding eligibility for marketplace tax credits to allow access for people with incomes below 100 percent of the poverty line, and to make it easier for people to qualify even if they have employer offers. States that have opted not to expand their Medicaid programs could also reconsider these decisions as a way to provide affordable coverage to as many people as possible.

Christine Eibner is an economist and Evan Saltzman is a project associate at the nonprofit, nonpartisan RAND Corporation.