Don't Chop the Air Force — Look to the Reserves 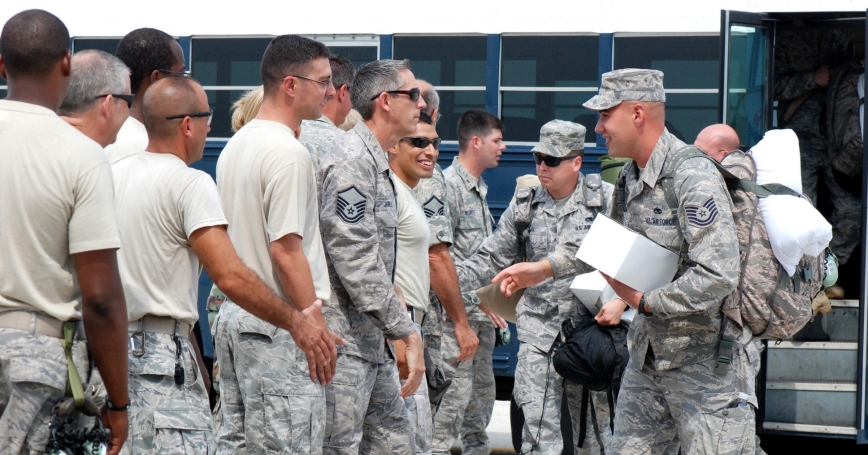 The Air Force's latest budget plan proposes to cut 25,000 airmen, including 21,000 from the active duty and 4,000 from the reserves. These cuts represent not only a loss to our nation from the investment in costly military training, but also an increased risk from losing the ability to 'surge' these skilled airmen in a future crisis. The recommendations made by the National Commission on the Structure of the Air Force (NCSAF) offer an alternative — and less risky — way forward.

The NCSAF's plan would reduce risk to the nation by retaining all 507,000 active, guard and reserve airmen in a rebalanced “Total Force.” It envisions increased — but more predictable — reliance on a larger reserve component composed of more part-time airmen serving side by side in integrated units with their active-duty colleagues. This more integrated structure will enhance efficiencies by sharing aircraft and equipment across a more streamlined command structure.

The NCSAF's recommendations are possible because all three components of the modern Air Force — active, guard and reserve — maintain the same readiness standards. The Air Force relies heavily upon this readiness, not just for a big war, but also for its day-to-day missions. Today's Air Force reservists do not wait for the nation to call them up; they stay ready and volunteer frequently. Far from being over-tasked, these airmen testified frequently to the NCSAF that if given reasonable notice prior to their missions, they could do even more, and want to.

In the NCSAF model, the predictable use of an increased number of part-time reservists and guardsmen gives thousands of airmen who might otherwise have been asked to leave the Air Force the option to continue to serve. Serving in the reserves is an attractive choice to many who seek career and lifestyle flexibility through the option of voluntary participation on a flexible schedule. In addition to saving billions in personnel costs and providing airmen various options to serve, rebalancing the force in this fashion reduces the nation's strategic risk because these changes are “reversible,” meaning if there is a crisis these airmen are ready to serve, either as volunteers or through a formal call-up.

Optimizing the service of these airmen requires a more streamlined and integrated Total Force structure. Increased integration, as recommended by the NCSAF, is a logical step for this generation of airmen, many of whom have served side by side with members of other components in the Air Force's innovative “associate” units. Designed to share aircraft and equipment, these units can leverage the flexibility of a combined full- and part-time force. Unfortunately, these integrated units have not achieved their full potential because old policies, practices and management systems — such as multiple legal duty statuses and separate and inefficient chains of command — undermine a commander's ability to lead and manage his or her airmen.

Accordingly, the NCSAF recommends removing unnecessary bureaucratic friction by integrating the parallel and redundant administrative command structures and replacing them with a single integrated operational and administrative chain of command. By removing the need for airmen in these integrated units to report up separate active and reserve chains of command, this new structure will better empower operational commanders to lead their units, manage their people and focus on the mission.

Nothing in this recommendation anticipates the elimination of those who support the warfighting members of the Air Force Reserve Command. Rather, under the NCSAF's model, they would simply execute their duties as members of the integrated command. The NCSAF recommendation also would have the Air Force ensure that command billets at all levels were representative of active and reservists; that is, if a squadron commander were a reservist, the deputy would be active duty. This fully integrated command structure will better reflect the active-reserve makeup of units at all levels. Finally, the jobs saved from the old redundant chain of command, “tail,” will be converted to “tooth” for more combat capability, increasing the overall value for American taxpayers.

Secretary of the Air Force Deborah Lee James testified that her vision for a future Air Force included a chief of staff with major reserve component experience. A more integrated Total Air Force will ensure that more individuals serve with and lead active and reserve airmen throughout their careers. The NCSAF recommendations envision a Total Air Force with fewer barriers to service, more appreciation of all airmen, increased 'surge' capacity to serve our country at home and abroad and greater value for American taxpayers.

Davidson, a former Air Force pilot, is senior fellow for defense policy at the Council on Foreign Relations. Harrell is a senior social scientist at the RAND Corporation. Both authors served as members of the 2013-14 National Commission on the Structure of the Air Force.

This commentary originally appeared on The Hill on April 9, 2014. Commentary gives RAND researchers a platform to convey insights based on their professional expertise and often on their peer-reviewed research and analysis.