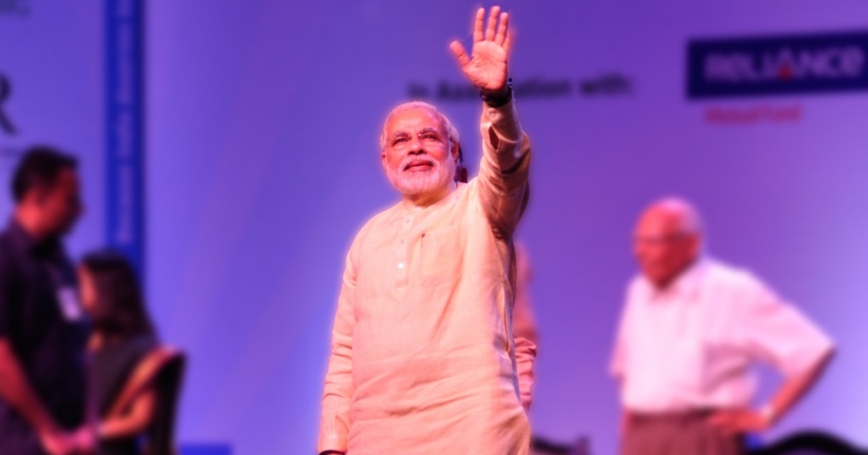 What to Expect in a BJP-Led India

India has never had an election like this one—and its political landscape will likely never be the same again. The victory of the Bharatiya Janata Party (BJP) over the long-reigning Congress Party was expected, but the magnitude of the blowout took almost everyone by surprise. The final results were stark. As of May 16, the BJP had won an absolute majority of seats in parliament; together with its closest coalition partners, it will hold nearly two-thirds of the seats—and more parties will undoubtedly jump on the bandwagon. The Congress Party, which has governed India for most of the country's 67-year history, didn't even win enough seats to qualify as leader of the opposition.

Now, Narendra Modi, the leader of the BJP and India's most polarizing political figure in a generation, will become prime minister with a virtually unchecked mandate. What that means for India and the world boils down to five key points.

First, the primary issue in this election was the economy and governance. Voters were tired of a Congress government widely seen as inept, corrupt, and unable to get the nation moving. During the campaign, there was no dispute about India's problems; even Congress leaders spoke of the pressing need for reform, and a brand new party was born out of the widespread anger at official corruption (the Aam Admi Party, or Common Man's Party, surprised observers by briefly gaining control of the local government of Delhi last year; its leader lost to Modi in a head-to-head contest for a parliamentary seat in the Hindu pilgrimage city of Varanasi). For his part, Modi galvanized the electorate with a promise to do better. He ran on his economic track record as leader of the state of Gujarat, which has out-performed most other parts of India.

The Indian business community—and companies around the world hoping to enter the Indian market—hope that the size Modi's mandate will enable him to cut through the bog of red tape, vested interests, and corruption that plague India's economy and government. (The Indian stock exchange soared on news of the BJP rout.) And, so long as Modi maintains control of his party's seats in parliament, he can pass any law he wishes, and need not go to the polls for five years. He might indeed use his power to cleanse the system, but similar hopes were voiced when outgoing Congress Prime Minister Manmohan Singh first took office ten years ago: During his tenure as finance minister in the early 1990s, it was Singh who ushered in the most radical economic reforms India had (or has) ever seen. In other words, the standard disclaimer attached to every mutual fund prospectus should also be applied to politicians: Past performance does not guarantee future results.

Modi, who comes from an impoverished low-caste family, hammered his opponent as a pampered dauphin: The election was between a chai-wallah and a shahzada, a tea-seller versus a princeling.

Second, some fear that the BJP will use its power to rule on the basis of “Hindu nationalist” ideology. Indeed, the BJP victory represents the biggest philosophical shift in India's political history. The party is based on Hindutva, an ideology that can be summed up as the belief that India is, and should be governed as, a Hindu nation. This belief dates back to colonial times and was nurtured by the BJP's parent organization, the Rashtriya Swayamsevak Sangh (RSS). Although over 80 percent of India's population is Hindu, however, the nation was founded as a multi-religious, multi-ethnic state: this secular ethos was embraced not only by the country's founding fathers, Mahatma Gandhi and Jawaharlal Nehru, but also by every prime minister except the sole previous BJP office holder. And during that time (1998-2004, with an additional 16-day stint in 1996), Prime Minister Atal Bihari Vajpayee was constrained by coalition partners that did not share his party's philosophy. Now, there is no such counterweight.

It remains to be seen how serious the BJP will be about putting its social agenda into practice. In the past, party officials have pressed to turn historic mosques into Hindu temples, make school textbooks reflect Hindu nationalist precepts, and end what they call “special privileges” for religious minorities. For his part, Modi began his career as an RSS member, and has championed Hindutva doctrine throughout his life. That worries many of India's non-Hindus, some 200 million citizens, a population larger than those of all but five of the world's nations. Still, Modi's heavy emphasis on economics and governance during the campaign suggest that his priorities will be these practical issues. If he expends too much political capital on a social agenda, he may have little left for carrying out the promises on which his administration will ultimately be judged.

Third, the BJP's ideology, and Modi's own record and rhetoric, have raised fears of aggression: towards Indian Muslims, towards Pakistan, and even towards China. The biggest scar on Modi's record is the wave of anti-Muslim pogroms that left more than 1,000 dead in Gujarat in 2002, when he was chief minister there. Modi has not been convicted of criminal responsibility, but under him, the state's security forces pointedly refrained from intervening to stop the massacre. Modi has never apologized for his administration's inaction, and he is widely believed to have tacitly supported it.

Not helping matters has been his fiery rhetoric on domestic and international issues alike. He has demanded the expulsion from India of Bangladeshi Muslim immigrants (but not Hindu ones) and blasted Singh for his restraint towards Pakistan following the 2008 terrorist attacks on Mumbai and China during the confrontation over the Ladakh border in 2013.

Modi's stance towards Indian Muslims will have a direct bearing on India's relations with Muslim-majority nations around the world. Pakistan and Bangladesh are the countries most directly affected, but Modi's ascendency has raised concerns from Iran to Indonesia. As a chief minister with little international experience, Modi faces a steep learning curve on foreign policy issues. But the very size of his victory may be reason for optimism. With no need to fire up his electoral base, Modi has considerable room to take a less confrontational approach—both domestically and abroad. He has the political space to reach out to Indian Muslims and even seek accommodations with Pakistan and with China. If he wants to be a truly historic national leader -- and nobody has ever accused him of lacking ambition—he will have to display far more nuance in New Delhi than he did in Gujarat.

Fourth, some believe that this election marks the end of the Congress Party -- and the Nehru-Gandhi dynasty. The Congress Party led the nation to independence, and governed it for most of its history. The party of Jawaharlal Nehru, his daughter Indira Gandhi, and her son Rajiv Gandhi had no real opposition for decades. In this election, Rajiv's son Rahul was unable to articulate any rationale for voters to support him other than the shopworn mantle of dynastic inheritance. Modi, who comes from an impoverished low-caste family, hammered his opponent as a pampered dauphin: The election was between a chai-wallah and a shahzada, a tea-seller versus a princeling.

India has many more chai-wallahs than princes—and they vote. This time, they voted Congress out of all but 40 or 50 seats: by far the worst showing the party has ever recorded. The problem went much deeper than Rahul Gandhi's shortcomings as a leader, or disillusionment after a decade of lackluster governance. To many Indians, Congress represents nothing other than tired politicos trying desperately to retain their unmerited privileges. It was clear what Nehru stood for: the values of secularism, social equality, communal harmony, and international nonalignment. It was equally clear what Indira Gandhi, stood for: an India that faced down its foreign adversaries as it attempted to abolish poverty at home. These leaders may not have achieved their aims, but their followers knew what those aims were. The same cannot be said for the Nehru-Gandhi dynasty today, or with the party with which it is virtually coterminous. There probably is still a future for Congress. It remains the only truly national party apart from the BJP, and it has been on the ropes before. But any comeback will require a shift of power from the Nehru-Gandhi clan to a new set of leaders and some deep thinking on what the party stands for in the twenty-first century.

Modi may or may not harbor resentments, but, if he does, he is unlikely to let them affect his policy decisions. The United States has for years hinted that Modi would likely be granted a visa if he reapplied (the 2005 denial was for private rather than official travel, a key distinction), and the U.S. ambassador to India travelled to Gujarat three months ago to smooth over differences. On May 16, the White House explicitly announced that Modi would be granted a visa and that U.S. President Barack Obama had telephoned to congratulate him on his victory. It is hard to see Modi blaming the current U.S. government for a decision made during the Bush presidency.

Further, the prior BJP administration had very close ties to the United States. In fact, Vajpyaee's tenure ranks as one of the warmest times in the two nations' history. This was not a matter of partisan bent. The ice-breaking began under U.S. President Bill Clinton, who made the first trip by a sitting president to India in two decades and who helped Vajpayee prevent the Kargil conflict from spiraling into a fourth war with Pakistan. But relations only continued to grow warmer during the presidency of George W. Bush, who initiated the civil nuclear deal that was eventually sealed with Vajpayee's successor. It is thus more likely that, Modi, recognizing the importance of U.S. trade, security cooperation, and support for a larger Indian role on the international stage, will pick up where Vajpayee left off rather than letting his pride get in the way.

The Indian electorate has given Modi and the BJP an historic mandate that could have broad implications for its domestic policies and how it engages with the world. Many signs are positive. Some are worrisome. Active but quiet U.S. engagement will help.

This commentary originally appeared on Foreign Affairs on May 16, 2014. Commentary gives RAND researchers a platform to convey insights based on their professional expertise and often on their peer-reviewed research and analysis.