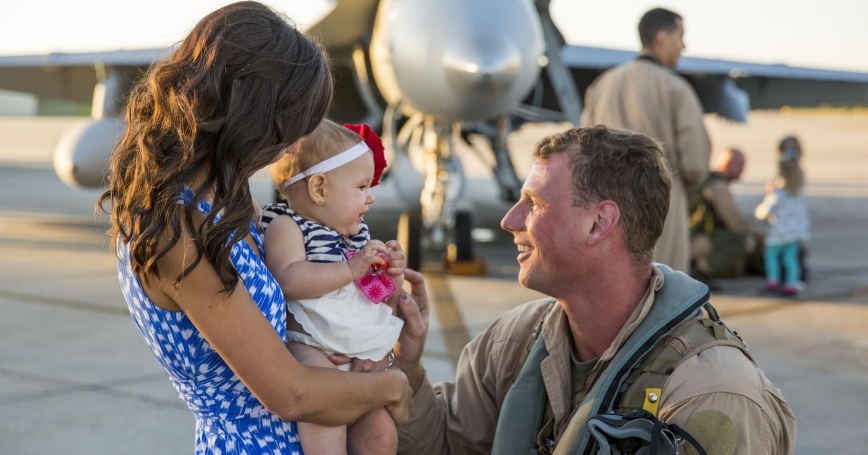 With its Million Records Project, Student Veterans of America has energized the education research community. The project offers the first empirical evidence of the near-term outcomes of veterans who attend school on the Post-9/11 GI Bill. Using data from the Department of Veterans Affairs and the National Student Clearinghouse, the research found that student veterans are earning degrees at a rate similar to that of college students in general but take slightly more time. These and other important findings could help change perceptions that military and veterans are underperforming in higher education relative to civilians.

One group of new GI Bill users has received little attention in media, research, and policy circles — servicemembers' and veterans' dependents. Under the Transfer of Education Benefits program, servicemembers who are eligible for the new GI Bill can transfer some or all earned benefits to their spouses or children for future use. Because this option requires additional military service, the Department of Defense uses it primarily as a retention tool.

Although little is known about this program's effect on benefits earners or their dependents, recent reports suggest that more than 20 percent — or just over $8 billion — of all new GI Bill benefits are used by spouses and children. In fact, almost 450,000 servicemembers have elected to transfer at least some portion of their benefits, predominantly to their children. These numbers suggest the extent of the GI Bill's potential effects on social mobility and post-secondary educational attainment for the next generation.

The limited research surrounding the new GI Bill has focused on its more immediate impact — the outcomes of veterans. After all, this population represents the majority of VA education beneficiaries. Much less is known about how access to these education benefits affects dependents' outcomes. For example, children with transferred benefits might be more motivated to achieve in primary/secondary school if they have what amounts to a partial or total college scholarship. It follows that their prospects of getting into college and their general well-being could be improved. After using their benefits for college, spouses' and children's employment and earning potential could be affected as well.

The Post-9/11 GI Bill is only five years old, so it is likely too early to definitively answer these questions. The cost implications could be evident much sooner, however. As the price tag for higher education continues to rise and more dependents with transferred benefits reach college age, total program costs, which are projected to surpass $42 billion this year, could substantially increase. For this reason, initial efforts to explore the effects on children and spouses may go a long way toward both ensuring the Post-9/11 GI Bill's long-term viability and safeguarding access to affordable higher education for military and veteran families.

Peter Buryk is a project associate at the nonprofit, nonpartisan RAND Corporation.