France Gets Tougher on Terrorism 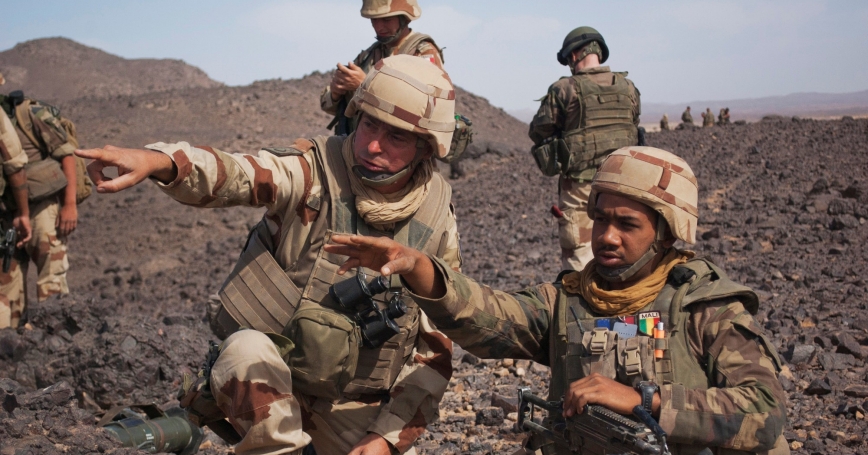 France announced recently that it was launching a new military operation, dubbed Barkhane, intended to combat Islamic militants throughout the entire Sahel region from Mauritania to Chad. Barkhane succeeds Operation Serval, which France launched in January 2013 to save Mali from Islamic militants that threatened the country's capital.

On the ground, things will appear little changed — most of the troops presently involved in Serval, as well as a few other operations, will swap shoulder patches, but otherwise will keep doing what they have been doing. At the same time, though, the launch of Barkhane signals something new: France, rather than simply reacting to an emergency as it did in Mali with Serval, is committing itself to a long-term counterterrorism campaign (indeed, a shooting war). French special forces quietly had been doing much the same for several years, but Barkhane — with 3,000 troops, a fleet of armored vehicles, drones and combat aircraft — represents a much greater and much more public commitment. France is digging in; it has every intention to fight.

Barkhane is welcome news for the United States. First, at a time when U.S. military planners keep wishing for allies to shoulder more of the security burden, France has stepped forward to provide a bulwark against Islamic militancy in the Sahara and the Sahel. As the success of its intervention in Mali demonstrated, the French military excels at this kind of operation, especially in this part of the world. Second, Barkhane represents an opportunity to elevate already robust Franco-American cooperation to new levels.

The U.S. military presence has been growing in the region, and the United States and France have been cooperating on a number of fronts. More to the point, the two countries have complementary strengths. The United States has what France needs, particularly given the operational challenges represented by Barkhane, including lift, intelligence and perhaps money. France has “boots on the ground,” and local expertise and intelligence networks the U.S. military cannot hope to replicate.

The danger represented by Barkhane is that further militarization of the fight against radicalism may further obscure for France and the United States alike the non-military aspects of the problem, everything that encourages radicalism and keeps the states of the Sahel fragile. Serval demonstrates the problem amply: The French military has been focusing on specific terrorist threats and other security assistance efforts while refusing to involve itself in Mali's other problems. Barkhane promises more of the same. To be fair, other French government entities are involved in assisting Mali in myriad ways, as are U.S. government entities. The tendency, however, has been to focus on the military mission and counterterrorism in particular. Mali's collapse in 2012 has made clear that a broader focus is required.

Still, Barkhane signals a significant new commitment from France, one that could yield important near-term gains in the global battle against terrorism.

This commentary originally appeared on U.S. News & World Report on July 29, 2014. Commentary gives RAND researchers a platform to convey insights based on their professional expertise and often on their peer-reviewed research and analysis.