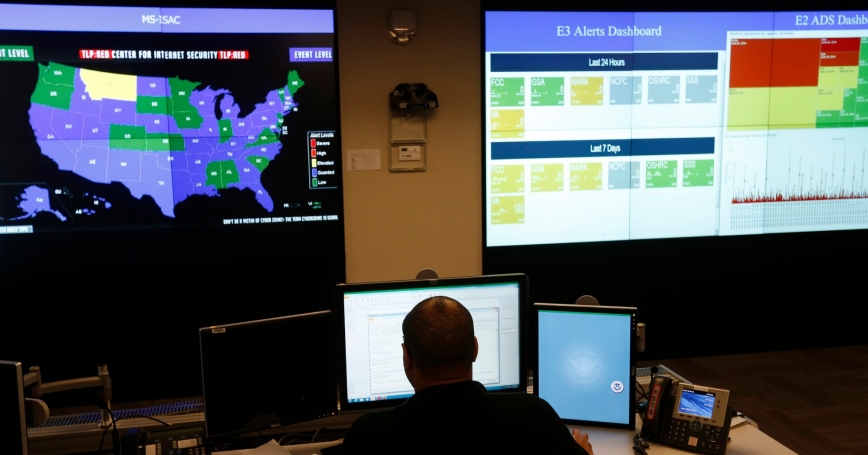 A U.S. Department of Homeland Security employee works in front of a U.S. threat level map and monitoring display

The Department of Homeland Security (DHS) is subject to the jurisdiction of nearly 100 congressional panels, an unnecessarily complicated oversight scheme that limits Congress' ability to act as an effective partner in strengthening strategic planning and management at the agency.

At a time when terrorist threats abound both at home and abroad, the DHS and Congress should be working as one to bolster America's defenses. To do this Congress should simplify the way it oversees homeland security by ending the requirement that the DHS respond to dozens of different congressional masters.

Last week the Bi-Partisan Policy Center released its review of the nation's progress to address the recommendations of the 9/11 Commission. The report found that many of the commission's recommendations have now been on the shelf for a decade, including one calling for a simplification of the congressional oversight scheme.

A recent graphic in the New York Times (PDF) illustrates how the 9/11 Commission recommendation that Congress consolidate DHS oversight has been ignored, leaving DHS reporting to 92 committees and subcommittees across the Senate and the House. This is like a CEO attempting to manage a company while having to answer to dozens of boards of directors and fiduciary oversight panels. I made this point in testimony before the House Homeland Security Subcommittee on Oversight and Management Efficiency last year.

Soon after assuming leadership, DHS Secretary Jeh Johnson called for enhanced coordination within the agency to accomplish its mission while at the same time dealing with difficult budget realities. The directives are most clearly laid out in the department's second Quadrennial Homeland Security Review and an internal memo to DHS leadership from the secretary, referred to as the Unity of Effort memo (PDF). While the steps Johnson is taking are responsive, DHS continues to be hindered by Congress's refusal to remove a critical barrier to effective management by streamlining DHS oversight.

There is wide consensus among former DHS officials, former congressional leaders, and homeland security experts that simplifying congressional oversight of DHS is necessary if the department is to do its part to ensure the prosperity, safety and security of the United States. It is time for Congress to end its resistance to this badly needed reform.

Henry H. Willis is director of the Homeland Security and Defense Center at the nonprofit, nonpartisan RAND Corporation.