Why Japan's Military Shift Is Necessary for South Korea 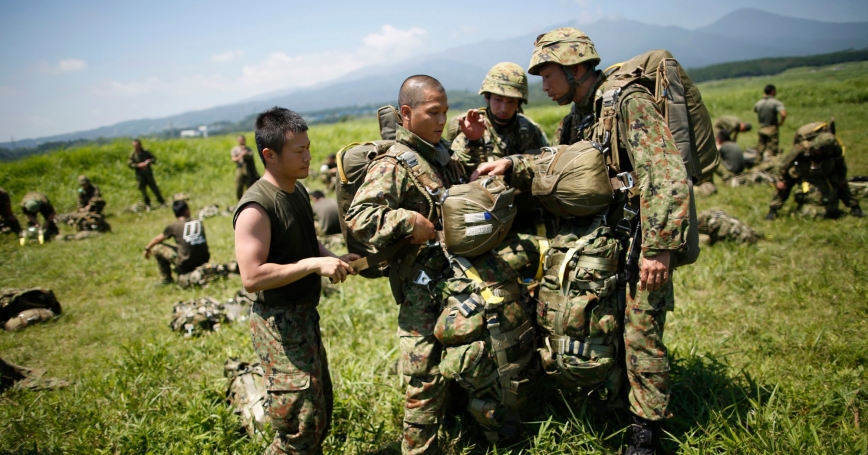 This week, Japan's government adopted a collective self-defense policy. Many in South Korea worry that this could be the start of Japanese militarization and wonder why the United States has supported this new policy.

The U.S. supports Japanese collective self-defense because it is critically important to the defense of South Korea and the Northeast Asia region more generally. Here's why:

The U.S. would need to deploy a very large number of its military personnel—easily twice as many as were ever deployed to Iraq at any given time—and a very large volume of equipment. The U.S. plans to use many Japanese airbases and seaports to support such deployments, because of the limited airbases and seaports in South Korea, and also because of the vulnerability of South Korean bases to North Korean attacks. In exchange, U.S. forces would evacuate Japanese civilians from the Korean war-zone.

In the past, the Japanese constitution would technically not have authorized such U.S. military deployments through Japanese bases because these efforts would not be intended to defend Japan. As such, Japanese citizens could have taken the Japanese government to court and sought a restraining order against U.S. use of the Japanese bases.

This would have been especially true if North Korea tried to coerce Japan into not providing support, such as by warning that U.S. use of Japanese bases made Japan a target of the North Korean military.

In addition, U.S. forces would have wanted to use Japanese airbases for launching attacks against North Korea, as airbase capacities in South Korea are inadequate for performing all of the needed air attacks and other air operations. A Japanese declaration of collective self-defense would allow these U.S. actions, critical to the defense of South Korea.

For example, the Japanese Maritime Self-Defense Forces might become involved in stopping North Korean ships that could be carrying weapons of mass destruction and other contraband, and destroying those weapons.

Weapons not intercepted might be given to North Korean special forces and used against South Korea, or sold to terrorist groups that might use them against the U.S., Japan, China, or other countries. Japanese Maritime Self-Defense Forces might also intercept ships with “boat people” refugees and provide them with humanitarian assistance.

The South Korean and U.S. navies lack sufficient capacity to handle all North Korean ships, including every fishing ship that could carry weapons or experts in weapons of mass destruction. Japan has a substantial number of ships in its Maritime Self-Defense Forces, and they are mainly located near North Korea; they could begin operating quickly in the aftermath of North Korean aggression.

In short, with its collective self-defense policy, Japan assumes its responsibilities to support the defense of South Korea and regional security in general, an appropriate action given the economic and other independencies of the regional countries.

This commentary originally appeared on The Wall Street Journal on July 4, 2014. Commentary gives RAND researchers a platform to convey insights based on their professional expertise and often on their peer-reviewed research and analysis.