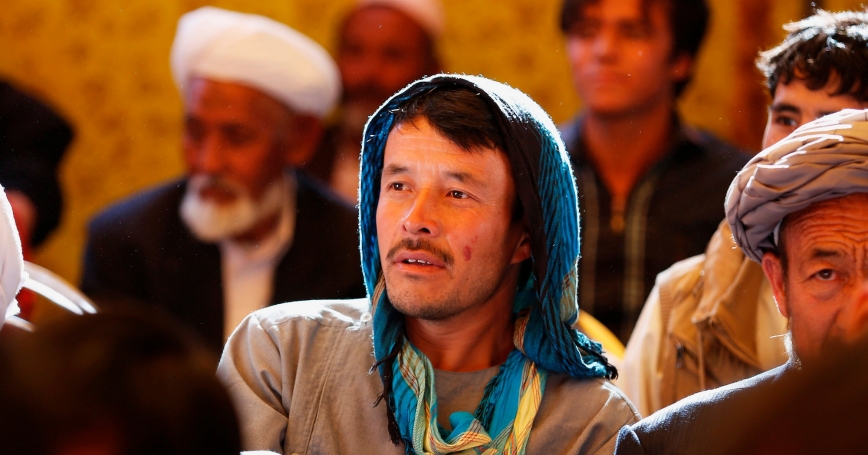 During the campaign, Ghani's slogan promised that his team would bring 'transformation and continuity' to Kabul. Right now, with Abdullah in the newly created role of CEO added in, the new government appears heavy on transformation, perhaps unsustainably so. President Ghani's repudiation of Karzai's political style further emphasizes the change, as he abandons political dinners and courtly gatherings in favor of hands-on management. Beneath the surface, however, it may prove to be all continuity.

Presidential elections in Afghanistan are contested along ethnic lines, as Pashtuns, Tajiks, Hazaras, and Uzbeks vie for government power. Bloc voting is rampant; most districts delivered over 80 percent (CSV) of their votes—a huge margin of victory—to their favored candidate in the June 14 runoff. For example, five of the six districts in Tajik-majority Kapisa province cast between 78 to 97 percent of their votes for Abdullah. In Tagab, the remaining predominantly-Pashtun district, it was Ghani who overwhelmingly won, having taken 82 percent of the vote against Abdullah's paltry 18 percent. Voters care far more about who will best represent and deliver services to their community than about policy platforms.

The substantive policy differences that did exist between the runoff candidates reflected the interests of their main constituencies. Abdullah promised devolution of power from Kabul to the provinces, a key interest of Tajiks and others who fear domination by a Pashtun-run Kabul. Ghani pushed for peace talks with the Taliban, reflecting the Pashtun hope for a negotiated end to a war that divides their community and is fought most fiercely in the provinces they live in.

Afghanistan's ethnic politics has tended to absorb inter-communal struggle more than to exacerbate it. Afghan politicians have consistently opted for an ethnic balance of power once the votes are counted.

The first building block of this ethnic balance is the electoral tickets themselves. Each presidential candidate chooses a first and second vice president for his slate. Recognizing the importance of ethnic inclusion, nearly all the first round candidates chose running mates from two other ethnic groups. Ashraf Ghani was the only major Pashtun candidate to not choose a Tajik as vice president—opting instead for Dostum, an Uzbek powerbroker.

Presidential appointment of ministers, governors, and security officials forms the second building block of this ethnic balance. Afghanistan's highly centralized system gives the president appointment authority over nearly all the levers of power, with only limited parliamentary or judicial oversight. In reality, however, the president has always been constrained, with appointments negotiated with various ethnic and regional powerbrokers. The effect has been to maintain a roughly proportional distribution of power between ethnic groups at the national level, and, less effectively, between various tribes and factions at the local level.

This process may appear undemocratic, but it provided Afghanistan with a system of checks and balances that has held up well. Unsatisfied politicians have quit the government, led protests, or even threatened (PDF) to take up arms, but nevertheless rarely resort to actual violence, instead opting to stay within the political system. Former warlords see more to gain by remaining within a system that accommodates even electoral losers. The system of checks and balances provided by ethnic politics is a good thing—the Afghan insurgency is bad enough, without piling on additional layers of civil war.

The unity government deal brokered by U.S. Secretary of State John Kerry aims to restore the ethnic balance that persisted under Karzai for more than a decade. The agreement gave Ghani the presidency, but also placed Abdullah in an executive position with the promise that his team will get half the important ministries, including either interior or defense.

The agreement resembles the informal arrangement that Karzai reached with his various first vice presidents, all of them Tajik. After Ahmad Shah Massoud was assassinated in 2001, three leaders rose to take his place at the top of the main Tajik party. Two of them, Muhammad Fahim and Yunus Qanuni, served alongside Karzai as first vice president. The third was Abdullah Abdullah.

The Afghan constitution (PDF) does not provide for a CEO. But neither does it provide much for vice presidents—under the constitution they receive a formal title and a spot in the line of succession, but zero actual power. Yet Karzai's various Tajik first vice presidents, especially Fahim, enjoyed significant influence over key ministries and security institutions. Karzai needed them, and while he could technically strip them of all influence—and dismiss their favored ministers—at any time, this would come at the cost of domestic and international support.

Dostum surely hoped to have such clout when he signed on to be Ghani's first vice president. He considered it important enough that his men tried to take over the new CEO's offices—Dostum is one of the bigger losers with Abdullah now in the number two position in government. This rivalry will continue, particularly in the north, where Dostum has long competed with outspoken Abdullah supporter Mohammad Atta. Just as Karzai did before him, Ghani will soon discover that maintaining a multi-ethnic coalition is not easy. He may need to find more time for coalition-building and extravagant political dinners, after all.

The United States can and should step in to help maintain the political balance between Afghanistan's ethnic groups. The diplomatic, security, and economic challenges facing Afghanistan are immense. Insurgents are making some gains as the United States withdraws, and while Afghan security forces appear capable of holding the bulk of the country, the loss of peripheral areas will shake both Afghan and international confidence. Tensions with Pakistan are high, and cross-border skirmishes could escalate. Even though its economy remains inflated by war spending, the country is still the poorest in the world outside sub-Saharan Africa. There are no quick fixes to any of these problems.

Continued U.S. and international engagement will be key to helping the new government stay inclusive, in control, and able to negotiate with the Taliban from a position of relative strength. While U.S.-brokered unity government agreements elsewhere have failed in the past, most recently and disastrously in Iraq, this need not occur in Afghanistan.

Even as international aid falls to a more sustainable level, Afghanistan will remain highly dependent on the U.S.-led donor coalition to fund the basic functions of government. This brings leverage, which combined with careful diplomatic engagement and a small remaining troop presence, can help stabilize the government and deter any attempts to grab power. The unity government, as a continuation of the ethnically inclusive order under Karzai, has been a promising step.

Sean Mann is a research assistant at the nonprofit, nonpartisan RAND Corporation.

This commentary originally appeared on Foreign Policy on November 11, 2014. Commentary gives RAND researchers a platform to convey insights based on their professional expertise and often on their peer-reviewed research and analysis.