'Product of Mexico': Why Have Corporate/Social Responsibility Programs Failed? 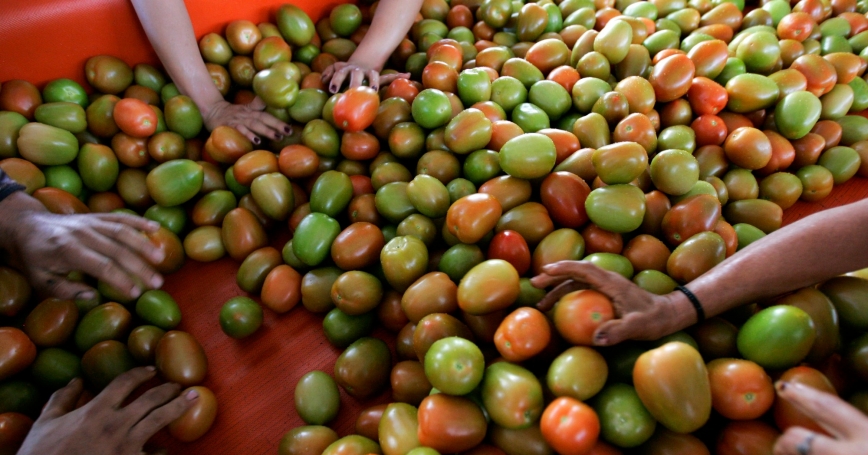 In his recent series in the Los Angeles Times, Richard Marosi provides a first-hand, unvarnished view of the deplorable working and living conditions endured by those who harvest much of America's food. Mexican agriculture provides a significant amount of the produce Americans consume each year, particularly in the winter months, including 50 percent of the fresh tomatoes sold in the United States.

Marosi reports that workers in Mexico often live in rat-infested camps with little or no access to clean water and sanitation. Wage theft is common. Debt is incurred through sky-high prices at company stores and housing. And laborers work long hours under brutal conditions for meager wages.

Many Americans may be shocked to learn that, until recently, these same conditions existed not just in developing countries, but also in the tomato fields of Florida. That was before a transformational program brought together workers, growers, and buyers to improve the lives of those who toil in the fields.

A similar approach could offer help to exploited and oppressed Mexican laborers like those profiled in Marosi's series.

Since the 2011 implementation of the Fair Food Program, spearheaded by the Coalition of Immokalee Workers, Florida tomato worker wages have increased by 50-70 percent, conditions in the fields are some of the best in the nation, wage fraud and theft have disappeared, and there has not been a single reported instance of sexual assault or modern-day slavery among participating growers.

The Fair Food Program has been supported by some of the same major buyers, notably Whole Foods and Wal-Mart, that also buy Mexican produce. These companies voluntarily abide by the program's code of conduct and buy tomatoes in the United States exclusively from Fair Food Program growers.

Why has this commitment halted at the U.S.-Mexican border?

Most of the major U.S. buyers have “codes of conduct” or “social responsibility guidelines” that should apply to their Mexican producers. But these codes and guidelines have little or no impact without strict reporting and enforcement protocols and consequences for violations.

Confronted with Marosi's findings, Safeway responded that it takes reported violations seriously, pointing to language in its code of conduct that demands workers be provided with a “safe and healthy work environment.” But like many other corporate guidelines, the Safeway code relies on suppliers to “self-monitor their compliance.”

Wal-Mart conducts periodic audits of working conditions for farm laborers, but these audits are only occasional and announced in advance, enabling growers to prepare for the inspections. Across Mexico, farm workers are at the mercy of growers and there is little opportunity for them to report violations and concerns without fear of retaliation.

The Fair Food Program is very different. A comprehensive approach based on cooperation between workers, growers, and buyers, the program includes 24-hour hotlines, rapid investigation by the Fair Food Standards Council and growers into reported problems, remediation plans to fix violations, and market consequences for persistent violations. This has resulted in real change.

Serious worker protection must be about more than brand enhancement through high-visibility, low-effectiveness social responsibility programs. It must be about commitment to safe and humane working conditions and fair pay for the work that is done.

Creating these results has been an ongoing struggle for those companies who believe in the safety and dignity of everyone who participates in their supply chains, quite literally from the ground up. The Fair Food Program has been a leader in using cooperation, visibility, and accountability to meet the needs of workers, growers, and buyers.

Can it be a model for addressing these critical issues in Mexico as well?

This commentary appeared on Newsweek on December 18, 2014. It was originally published on The RAND Blog on December 12, 2014.