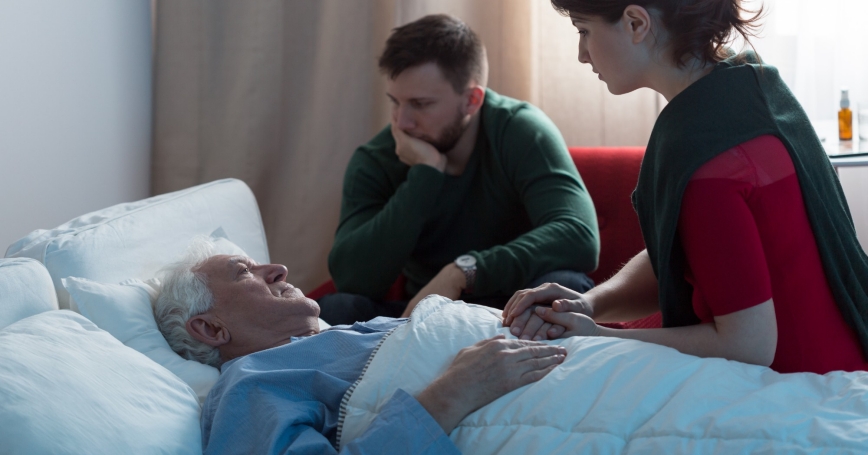 In 1965—when Medicare was signed into law—most people died in their homes and life-sustaining treatments were largely the stuff of fiction and experimental research.

Major advances in health technology have changed that, helping people to live longer, but not necessarily better, lives. Modern medicine often means that people die tethered to tubes and machines in situations they likely would not have chosen—if only they had known.

So when Medicare recently announced plans to reimburse providers for time spent counseling patients and their caregivers about the kind of care patients would want to receive near the end of their lives, as health care researchers and clinicians we couldn't help thinking: It's about time.

The nearly universal use of these complex life-sustaining technologies has made advance-care-planning conversations an essential part of medical care for those with serious illness. Patients need to know the range of choices available as they near the end of life, and need guidance as they explore the personal values and goals that can inform their medical decision-making.

For example, a 67-year-old woman with metastatic ovarian cancer might want to do everything possible to prolong her life just to make it to her daughter's wedding in two months, including undergoing painful rounds of chemotherapy in the hospital, but afterward may choose to focus on managing her symptoms and spending time at home with family.

The current proposal to reimburse providers for time spent facilitating these discussions about personal goals in the context of medical decisions reflects a growing awareness of the critical need for such communication between health care providers, patients and family members.

Previous efforts aimed at reimbursing providers for end-of-life counseling were derailed in part by over-the-top claims about potential “death panels” of bureaucrats making decisions about who should live and who should die. Still, these failed attempts likely paved the way for the current proposal by bringing attention to a topic that can make people uncomfortable and raising public awareness of the need for medical care that better reflects patients' goals and preferences at the end of life.

The long reach of the baby boom generation is at work here as well. They are the first generation forced to navigate complex health care choices in the context of advanced technology and a culture of “doing more.” With their strong sense of individualism and independence—and aversion to institutionalized care—they are demanding that their voice be heard and reflected in their health care decisions.

Provider reimbursement for advance-care-planning conversations is only part of the solution. Medicare will need to develop comprehensive standards to evaluate the quality of the discussions. High-quality advance-care-planning conversations should be meaningful, effective and patient-centered, and systems need to be in place to ensure that this is the case. Providers must ask themselves: Were patients well guided at the end of their medical journey?

To capture a patient's changing goals and preferences, these conversations may need to be repeated over the course of care—and be well documented in medical records. If an elderly woman with advancing dementia reaches the point at which she cannot swallow, both her family as well as her medical providers should know whether she would want a feeding tube. The decision should not be the result of semi-informed guesswork. The choice will have been predetermined because it was a necessary and anticipated part of care.

Patients have made it very clear that they want to be in control of the final chapter of their lives. By planning to pay for counseling that addresses that wish, Medicare has paved the way for private insurers to do the same—which in turn may help establish a new national standard of end-of-life care.

This commentary originally appeared on Newsweek on July 15, 2015. Commentary gives RAND researchers a platform to convey insights based on their professional expertise and often on their peer-reviewed research and analysis.