The 1970s and the Birth of Contemporary Terrorism 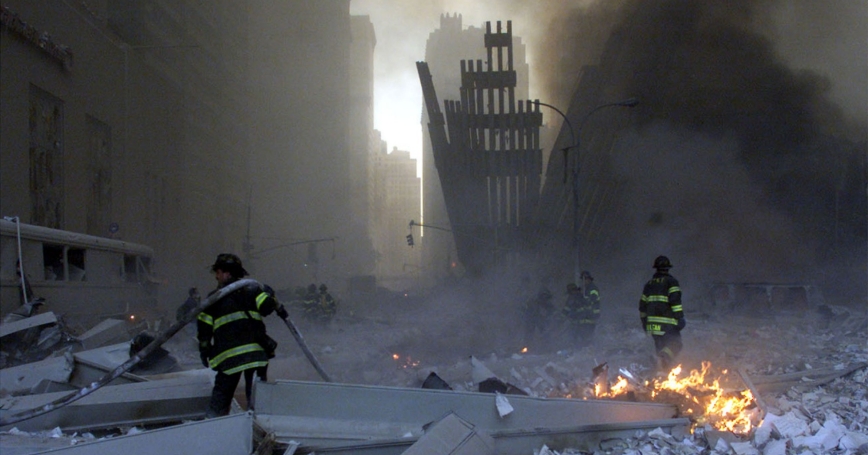 Firemen work around the World Trade Center after both towers were attacked by terrorists on September 11, 2001

For many Americans, the era of modern terrorism began on 9/11. The catastrophic death and destruction on that horrific morning seemed to obliterate the nation's collective memory of recent history. But the phenomenon of contemporary global terrorism actually emerged more than 40 years ago, as this week's episode of the CNN series "The Seventies" makes clear.

While terrorism worldwide has increased over the past four decades — and the threat of terrorism continues to dominate Americans' fears — the nearly 14 years since 9/11 have been tranquil on the home front compared to the violent 1970s.

Nearly 9,840 incidents of terrorism were recorded worldwide during that decade, and more than 7,000 people were killed. During the recent surge from 2002 through 2013, 72,185 terrorist attacks occurred — and nearly 170,000 died because of them.

But in the United States, terrorism has declined dramatically since the 1970s. In that decade, 1,470 incidents of terrorism unfolded within the nation's borders and 184 people were killed. A total of 214 acts of terrorism were cataloged between 2002 to 2013 on U.S. soil, killing 61.

When William Webster became director of the FBI in 1978, more than a hundred terrorist attacks a year were taking place in the United States. By the mid-1970s, terrorist bombs were being set off in the country at an average rate of 50 to 60 a year.

Terrorism in the 1970s took place against a backdrop of the final years of the Vietnam War, a conflict in which more than 58,000 Americans died, and the Cold War, which sustained the possibility of nuclear annihilation. Daily reality was grim enough, so concerns about terrorism did not rock the republic. Today, American fears are driven not by what damage terrorists have done in the United States since 9/11, but by the fear that tomorrow's terrorists will carry out attacks of even greater scale.

Terrorists perfected their tactical repertoire in the 1970s. They employed six basic tactics, some of which had been practiced for centuries: assassination, bombing, kidnapping, airline hijacking, barricaded hostage situations and armed assaults. Assassination had emerged as a terrorist tactic in the 11th century. With the invention of dynamite in the 19th century, terrorist bombings became increasingly common — and remain the most common terrorist tactic.

Pirates and other criminals have held hostages for ransom since antiquity. In September 1969, terrorists kidnapped the American ambassador to Brazil. In exchange for his release, they demanded and secured freedom for 15 of their imprisoned comrades. Terrorist kidnappings spread in the years that followed, and they remain a source of government crises.

After Palestinian terrorists took 11 Israeli athletes and coaches hostage at the Munich Olympics in 1972, the entire world seemed to be watching the tragic event unfold. It ended with the massacre of all of the hostages and the death of most of the terrorists. Seizing hostages in embassies and other buildings became another common terrorist tactic.

The hijacking of airliners had mainly been the work of desperate emigres, escaping criminals and the mentally disturbed in the 1950s and 1960s. The first airline hijacking attached to political demands occurred in 1968. Others soon followed. In 1970, Palestinian terrorists upped the ante with a mass hijacking of five commercial airliners. Three of the planes, carrying hundreds of hostages, made it to a landing strip in Jordan, creating an international crisis that ended in civil war. That same year, terrorists sabotaged a Swissair flight that crash-landed, killing all 47 aboard.

By the mid-1970s, airline hijacking and airline bombings worldwide were occurring at the rate of one a month.

In 1972, three members of the Japanese Red Army — allies of a Palestinian terrorist organization — opened fire on arriving passengers at an airport in Israel, killing 26, most of them Puerto Rican pilgrims visiting the Holy Land. It was not simply the carnage, but the complexity of the event that attracted attention: How was it, people asked, that the Japanese could come to Israel to kill Puerto Ricans on behalf of Palestinians?

Governments the world over awoke to the need to counter this increasing new threat — organizing to research it, increasing security and passing new laws. The United States created the Cabinet Committee to Combat Terrorism in 1972. American policy in dealing with hostage situations hardened: No concessions would be made to terrorists holding hostages. Screening of all passengers at airports was implemented in 1973. Treaties were signed to enhance international cooperation.

Terrorism was seen as a problem for police and international diplomacy, not as a military matter. In dealing with terrorism abroad, the United States sought to outlaw terrorist tactics, not destroy other countries' terrorist groups, although the military did create a unit to rescue hostages abroad. Dismantling domestic terrorist groups remained a task for the FBI and local police. The Global War on Terror was still decades away.

Figuring out how to effectively combat small but deadly groups that demonstrated a growing ability to kill, destroy and disrupt — and whose grievances, real or imaginary, could not always be satisfied — proved to be a source of tension, then as now. How could this be accomplished within the context of a democracy? Catching bombers was one thing. Disregarding the Constitutional rights of citizens was another. New guidelines and procedures were imposed, some of which were bypassed in the shadow of 9/11.

A startling trajectory of terrorism has materialized since the 1970s. Terrorism is a reality Americans live with, but we need not live in fear. The republic has survived worse in its history while preserving the values that sustain it as a nation.

Brian Michael Jenkins, a senior adviser to the president of the RAND Corporation, began researching terrorism for RAND in 1972. He appears in CNN's "The Seventies: Terrorism at Home and Abroad."

This commentary originally appeared on The Hill on July 30, 2015. Commentary gives RAND researchers a platform to convey insights based on their professional expertise and often on their peer-reviewed research and analysis.