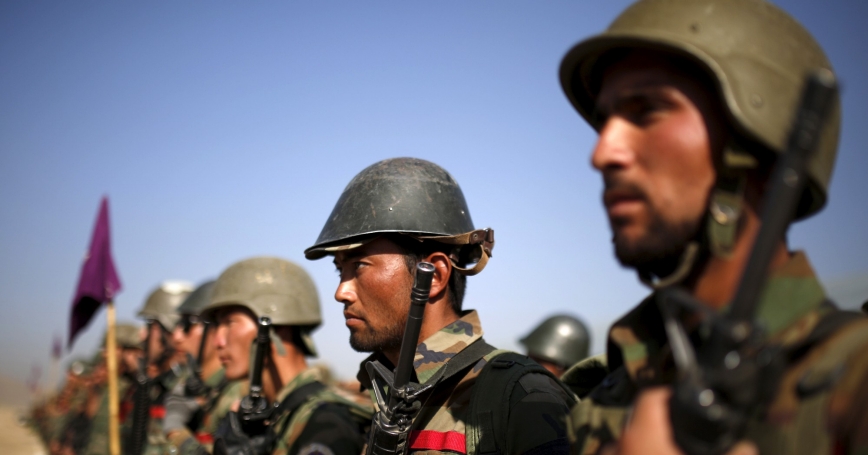 Moreover, because the United States has been using the same approach, it has measured its efforts according to the same metrics, resulting in the same false assessments: Security assistance in Vietnam by 1973 was understood to be a success, with “Vietnamization” progressing so well that Washington felt free to withdraw U.S. ground forces.

Of course, that was before the South Vietnamese Army's breathtaking collapse in 1975. More recently, U.S. special forces equipping and training Malian units in 2009-2012 gave good marks to their charges, until they deserted or defected in 2012 rather than fight Islamist militants. Similarly, reports on the progress of Iraqi Security Forces suggested that because they were growing sufficiently in size and capability, the United States could proceed with its withdrawal. That, of course, was before Iraqi units' lopsided defeat by Islamic State irregulars in 2014. So far so good with “Afghanistanization,” although President Obama's recent decision to keep U.S. troops in Afghanistan suggests a lack of confidence.

The approach in question—and the metrics that reflect it—is two-fold. First, even though one might acknowledge the essentially political nature of client states' conflicts, the U.S. government tends to focus on security issues and make security assistance the de facto center of gravity for U.S. policy. Second, the focus with respect to security assistance ultimately has come down to quantifiable, measurable things—namely the number of men and units trained, and the numbers that the U.S. military uses to assess its own unit “readiness.” These include personnel and equipment “fill,” and how many people have been trained on “mission-essential tasks” and demonstrated technical competence. How many units are there? How many people are in those units? How many of them have guns? How many of them have been trained to fire those guns?

The resulting reductionism fosters the notion that if one spends enough money to build enough units and give them enough capability, one eventually will reach some tipping point and 'win.' Indeed, President Lyndon Johnson reportedly often complained that the only answer provided to him regarding what Vietnam needed seemed to be “more of everything.” Never mind the larger political aspects of a conflict, to which more military capability is often irrelevant if not an aggravating factor.

Operational “readiness” may be necessary, but history has shown that it is by no means sufficient at least in cases of fragile states riven by civil wars or insurgencies. It matters little how many units a government has and if their men have guns and know how to use them if they will not stand and fight, or if they fight the wrong enemy or otherwise alienate civilians and weaken state legitimacy rather than build identification with the state and foster its legitimacy.

A better way would be to focus on politics and shaping the political context. Security assistance represents an opportunity to do that by attending less to “readiness” and more to ideology, indoctrination, motivation, and unit cohesion. Does the force identify with the state? Is the force “republican” in the sense that it promotes the values of the republic it serves? What motivation do troops have to fight against those who challenge the state's legitimacy and who offer rival ideologies and narratives of the nation?

If a state has compelling ideologies and narratives, one can help it promote them among the ranks and use the force to legitimize and promote them among the population. The United States, in fact, did just that in Korea. If it does not have compelling ideologies and narratives, there is not much one can do, which is good to know lest one have unrealistic goals. Countries like Afghanistan, Iraq, Vietnam, and Mali, after all, did not lack weapons and men who knew how to use them. The contest, rather, often hinges on legitimacy, and on rival efforts to define what it means to be a patriot. The Taliban has its narratives and ideology; what narratives and ideology does the Kabul government have to offer, and what is it doing to instill them among the troops or use the force to foster its own legitimacy? Those are the questions outsiders need to ask.

Michael Shurkin is a senior political scientist at the nonprofit, nonpartisan RAND Corporation. He previously worked in the Intelligence Community, where he served as a political analyst with a focus on West Africa and Afghanistan.

This commentary originally appeared on The Cipher Brief on November 17, 2015. Commentary gives RAND researchers a platform to convey insights based on their professional expertise and often on their peer-reviewed research and analysis.