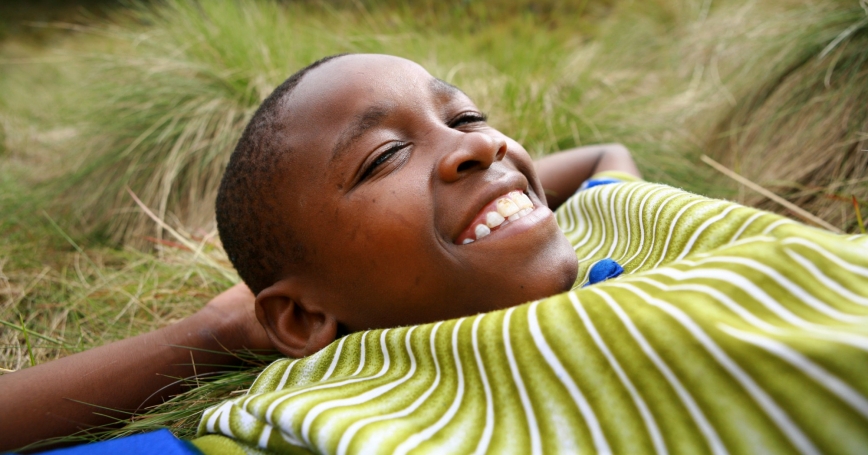 Coleman Moshi, during a hike up to the first base camp of Mount Kilimanjaro, Tanzania

Over the past decade and half, Africa has made great strides toward meeting the United Nations' Millennium Development Goals, eight objectives that included halving extreme poverty rates, providing universal primary education, and ending the spread of HIV/AIDS by 2015.

Member states have seen major collective achievements, Hans Rosling, a global health expert and founder of Gapminder—a foundation that advocates for the increased use and understanding of data for sustainable development—said in October at the Global Maternal Newborn Health Conference in Mexico City. He called on researchers and practitioners to use positive outcomes to remind the world of the advance being made in the sub-Saharan region and to use these successes to advocate for future investments in the continent.

Taking stock of progress in the developing world is important because the global community is in the midst of implementing the 2030 agenda for sustainable development, which was unanimously adapted by the 193 United Nations member states in late September. The new goals call on world leaders to use lessons gleaned from the past 15 years to tackle the root causes of poverty, and better integrate the economic, social, and environmental dimensions of sustainable development.

Most African countries have shown tremendous progress in expanding access to basic education—the primary school enrollment rate has reached 91 percent in 2015, up from 83 percent in 2000, and more girls are attending school than ever. Women's political representation has also increased in the past 20 years; three African countries are in the top 10 globally in terms of percentage of women serving in national parliaments—Rwanda (64 percent), Senegal (43 percent), and South Africa (42 percent).

In terms of improvements in public health (PDF), new HIV infections in Africa fell by almost 40 percent over the past 15 years, and access to antiretroviral therapy is credited with preventing 7.6 million deaths from AIDS on the continent between 1995 and 2013. African countries reporting major declines in AIDS-related deaths include Rwanda (76 percent), Eritrea (67 percent), Kenya (60 percent), and South Africa (48 percent). As for infectious diseases in sub-Saharan Africa, new cases of malaria have dropped by 34 percent and deaths from the disease have decreased by 54 percent.

Another significant achievement in Africa is the decrease in infant mortality, which fell by almost 40 percent. Over the past 20 years, the likelihood of a child dying before marking a fifth birthday has been reduced by almost half.

Economically, Africa is also on the rise. The continent is home to four of the 10 fastest-growing economies in the world, a list that includes Ethiopia, Democratic Republic of Congo, Cote d'Ivoire, and Rwanda. African markets also have been energized by government actions to end armed conflict in the region; adoption of improved policies that include shifting from agrarian to urban economies; the increasing openness of trade; and provision of critical infrastructure that includes roads, water systems, and hospitals.

Despite many successes, more targeted efforts are needed to reach the poorest and most vulnerable people who are being left behind. Too many African women still die from pregnancy or childbirth-related complications due to persistent gender inequalities and fragile health systems. The sub-Saharan region alone accounted for 62 percent (179,000) of global maternal deaths in 2013.

Disparities between rural and urban areas also remain. The larger rural populations in Africa, for example, still suffer from sparse access to safe drinking water, sanitation, and high impact interventions that include having skilled health personnel present at births.

Armed conflict still greatly threatens human development. Fragile and conflict-affected African countries typically have weak health systems, high poverty rates, and many children who aren't enrolled in school. The Arab Spring, a series of uprisings that spread across the Arab world in 2011, was one of the main reasons for an increase in the number of out-of-school children in Northern Africa, which rose from 28 percent in 1999 to 49 percent in 2012.

Despite the remaining challenges, the success of the millennium goals and the progress they helped bring about are a compelling reminder of Africa's potential to create a more prosperous and sustainable environment for its people.