NATO's Southern Exposure: The Real Threats to Europe—and the Alliance 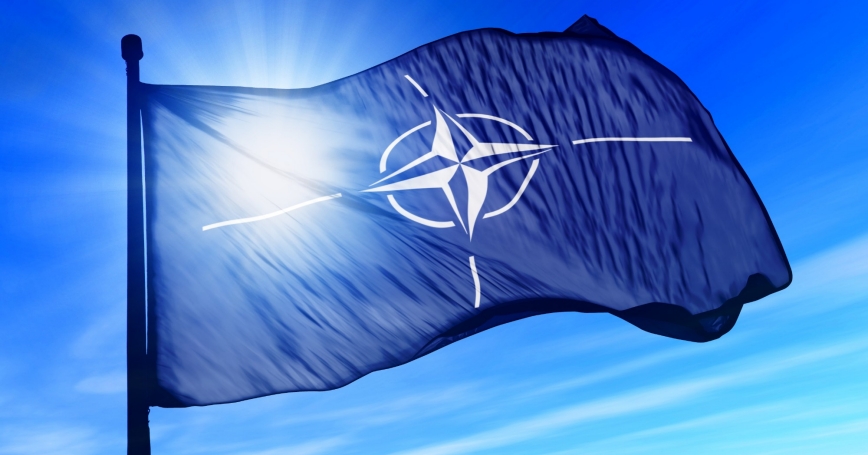 Ever since Russia's 2014 invasion of Ukraine, NATO has focused on bolstering its defense and deterrence capabilities in central Europe. These efforts look set to pay off; at the alliance's July summit in Warsaw, NATO is expected to adopt significant new initiatives to protect its eastern flank.

But the alliance risks coming up dangerously short on the threats that matter most to most of Europe and thus to NATO: terrorism and the ongoing influx of migrants. Especially in the wake of the Brussels and Paris attacks, if NATO fails to define a strategy for its southern challenges, it could slip into strategic irrelevance. There is precious time left before the Warsaw Summit to outline such a strategy.

NATO's record in the Middle East and North Africa is mixed. Its approach has focused on building partnerships with regional powers. Its Mediterranean Dialogue—a forum that brings together Algeria, Egypt, Israel, Jordan, Mauritania, Morocco, and Tunisia—has existed since 1994. Its Istanbul Cooperation Initiative, which includes four of the six Gulf Cooperation Council members, Bahrain, Kuwait, Qatar, and the United Arab Emirates, was created in 2004. Yet with the important exception of Arab participation in the 2011 air campaign against Libyan leader Muammar al-Qaddafi, both forums have lacked practical substance.

Part of the problem with NATO's efforts to strengthen its relationships in the region is that many of its potential partners are authoritarian states that are disinclined toward the political reform mandates that normally come with NATO partnerships. Moreover, some, such as Egypt, actively seek closer cooperation with Russia. And others are at least wary of drawing too close to NATO lest it exacerbate strains with a Kremlin now willing to intervene militarily in the region.

NATO's efforts to support intraregional defense cooperation have meanwhile run into the hard realities of geopolitics—for example, the Algerian-Moroccan feud over the Western Sahara and the rifts within the Gulf Cooperation Council over policy toward Libya. Finally, Saudi Arabia, an essential partner for cooperation in the Middle East, has opted out of the Istanbul Cooperation Initiative altogether.

It would be a mistake to relegate the world's most capable alliance to the sidelines when it comes to such crucial threats.

To complicate matters further, NATO is itself conflicted when it comes to bolstering its southern defenses. Central European allies worry that doing so would sap attention and resources from the eastern flank. And the very allies that are most threatened from the south—France, Italy, and Spain—seem even more allergic to the idea, largely because they fear that NATO will push the European Union or other forms of productive cooperation out of the region.

But their concerns are misplaced. It is hard to take seriously the argument that NATO will end up doing too much in the Middle East and will crowd out others. The threat is the opposite—NATO is doing far too little, and in an area where there is far more left to do and where NATO is primed to do it. All of NATO's major post-Cold War operations, whether in the Balkans or Afghanistan, were geared toward the state-building and counterterrorism challenges now facing the Mediterranean and the Levant. Politics in the Balkans may be messy today, but the region is far better off after the violence of the 1990s thanks to NATO's efforts. NATO's experience in Afghanistan should, at a minimum, serve as a reminder of the risks of waiting too long after a conflict to begin stabilization and reconstruction efforts.

To begin with, NATO could redouble its work to enhance the effectiveness of regional states against terrorist groups. Earlier this month, NATO announced that it had restarted its training program for Iraqi military officers. Jordan and Tunisia are also recipients of NATO defense institution support, and other countries, such as Morocco, could benefit from such support as well. The alliance should also prepare to support the nascent Libyan government, which faces a difficult road ahead and is unlikely to escape the need for foreign military assistance of some kind. As it begins working with the regional powers, NATO should intensify its efforts to counter extremist narratives, especially those that misrepresent NATO's basic purposes and mission, by investing more heavily in public information efforts in these countries, for example by opening small public affairs offices, holding more conferences there, and sending NATO officials on visits more often.

Institutionally, NATO could begin to build closer and more formal relationships with the two key security institutions in the region, the African Union and the Gulf Cooperation Council. The Gulf Cooperation Council aspires to a more robust regional role—to succeed, it will need well-developed concepts of operation, command and control arrangements, and other structures that NATO has decades of experience with. The African Union could similarly benefit from deeper and more frequent engagement to expose it to NATO's operating procedures. Stronger institutional relationships between these organizations would set the stage for closer cooperation on counterterrorism and state-building, both inside and outside of the NATO framework.

In the Mediterranean, NATO could bolster its existing naval operations, specifically in terms of intelligence collection, which will help member countries identify criminal and terrorist-linked vessels. NATO might even establish a counterterrorism intelligence-sharing center for the Mediterranean, with links to European law-enforcement agencies such as EUROPOL and FRONTEX on the shore. In general, NATO will need to continue to seek to strengthen its working relationship with the EU, which remains politically blocked by the Turkey-Cyprus dispute, in order to be fully effective in the south.

NATO's role in the south will remain controversial. But if the alliance cannot define a meaningful southern strategy, it risks falling short of its potential to help Europe protect itself from the immense southern challenge it faces. NATO alone is not the solution to the region's problems—not by a long shot. But it would be a mistake to relegate the world's most capable alliance to the sidelines when it comes to such crucial threats.

Christopher S. Chivvis is associate director of the RAND International Security and Defense Policy Center at the nonprofit, nonpartisan RAND Corporation and author of Toppling Qaddafi and The French War on Al Qa'ida in Africa.

This commentary originally appeared on Foreign Affairs on April 17, 2016. Commentary gives RAND researchers a platform to convey insights based on their professional expertise and often on their peer-reviewed research and analysis.