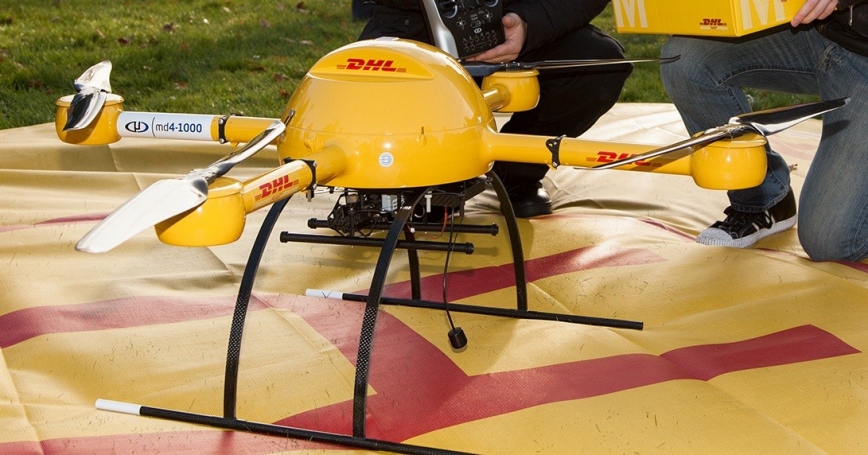 Commercially operated autonomous drones may be on the horizon, especially since Google and Amazon have announced plans to start drone-based parcel delivery in 2017. A policy problem is likely to follow: allocation of scarce airspace and preferred flight paths—an issue complicated by the need to ensure that each drone's flight is safe and that each flight-path segment stays within capacity.

The default solution to regulating drone traffic in the skies would be an open system much like the existing rules that govern roads. No limits are placed on participation, so flights are controlled by operating regulations and natural congestion, leading to an inefficient system that is oversubscribed, slow or even dangerous—or to one that is so heavily regulated few companies bother to fly drones.

An alternative solution follows the mechanisms to allocate electricity—a smart market for drone airspace and flight paths. A smart market is an auction that relies on mathematical optimization to resolve complex rules associated with allocating a resource. Smart markets are already widely used, and include such diverse examples as how advertisers bid to place ads through Google's AdWords and the Australian government's BushTender, an auction for protecting and improving native vegetation on private land.

In electricity markets, multiple power plants produce electric power, but the demand varies over time. Electric smart markets use a computer program to allow the cheapest power to be delivered from the plants best able to offer it. They ensure there are no blackouts and that power flow doesn't overload power lines. Power plants and electricity providers can submit bids simultaneously. The market makes certain the allocation fits the needs and requirements of other market participants and regulators.

A smart market for drone airspace might work like this: Anyone could create a bid for a particular flight path and time slot to fly a specific drone. The computer-based market-clearing mechanism would ensure that each drone had a valid flight and that each path had enough capacity.

The smart market would be run as a public auction operated by airspace managers and used by those who fly drones. This market would be more inherently flexible than complex regulation, allowing for improvements without the need for new laws. It would likely be more transparent to users than mechanisms that allocate permits based on complex regulatory criteria, though it would require more ongoing management.

The two key components of such a smart market are the initial rights (who controls the existing right to the airspace) and a model for allocation that respects physical and regulatory requirements.

Airspace and permission to fly a drone are currently controlled by a confusing combination of landowners, the Federal Aviation Administration, the public and the county or city over which the drone is flying. Any solution, smart market or not, will first require clarification of these rights.

The allocation model for drone airspace would work much like that in electricity markets—taking into account safety concerns, physical limits and the participants' needs.

For instance, safety regulations might dictate that drones be kept a certain distance apart. Noise ordinances for certain times of day could restrict schedules. A given flight might pass through a sequence of flight segments with varying degrees of congestion. Multiple time slots might be allocated to the highest sum of bids with non-conflicting flight paths. The bidders might be required to pay the lowest winning bid price for a slot plus some specified cost to provide flight control.

The burden for ensuring that companies follow the established rules would rest on the flight controller, perhaps using an established system like NASA's Unmanned Aerial System Traffic Management or common airspace models being developed privately. Companies that want to fly drones won't need to worry about the patchwork of local laws, because those laws can be incorporated in the market-clearing computer model. So the locals themselves can decide whether to have fewer drones overhead or less-expensive drone delivery.

After drones become widespread, capacity will diminish, making prices increase and resulting in revenue above the cost of providing flight control. This excess revenue could be allocated to the city or county over which the flights took place, which creates incentives for governments to reduce unnecessary restrictions.

Yes, the smart market is complicated. Fortunately, the companies clamoring to use drones, like Amazon and Google, are sophisticated users who already operate similar markets for their own businesses. Designing a system and effectively implementing it will not be simple or rapid. This means that initial work on designing the system would need to start soon, preferably with the support of the drone industry and regulators, and with diligent monitoring and evaluation.

Some people might worry that the smart market for drones could benefit a few users at the expense of others, but this might be worse in heavily regulated systems that create vested interests and lead to regulatory capture, where an industry gains control of an agency meant to regulate it.

Due to vested interests and bureaucratic momentum, smart markets have historically been nearly impossible to implement once a different system is in place. Both consumers and drone operators stand to benefit from a smart market for drone airspace, but if regulators opt to build a different system, the smart market opportunity will probably be lost.

Waiting for problems to emerge that smart markets would likely solve, like congestion or over-regulation, is not the best path forward. Unless policymakers clarify airspace rights and act soon, the opportunity to establish a smart market will be lost, like a drone disappearing over the horizon.

This commentary originally appeared on TechCrunch on April 19, 2016. Commentary gives RAND researchers a platform to convey insights based on their professional expertise and often on their peer-reviewed research and analysis.