Striking Back at the Islamic State's Foreign Fighter Pipeline 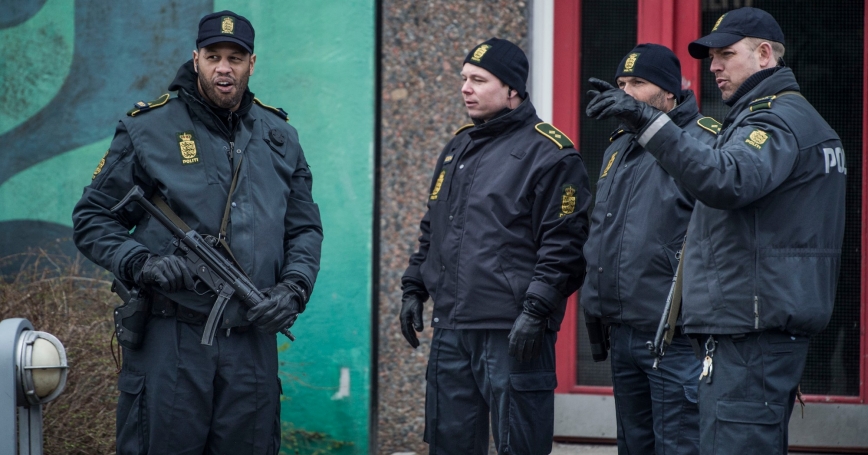 Police search an apartment block in Ishoej, Denmark, for people suspected of having been recruited by the Islamic State to commit terrorist violence, April 7, 2016

In March, the terrorist group known as the Islamic State struck in the heart of Europe for the second time in six months. The attack in Brussels caught European security forces flat footed; even though there were indications that attackers—who were trained in Syria—were poised to strike.

The Islamic State's core in Iraq and Syria is now under intense pressure. It is time for the campaign against it to put increased attention on countering the group's pipeline for international terrorism—the fighters who might return to threaten their home countries. The group has generated a heightened terrorist threat to the West and to all the countries from which its members come due to its ability to vet and train the 30,000 or so foreign fighters who have traveled to Iraq and Syria, and to redeploy them to their home countries. The current threat might at least equal what al Qaida could muster at its peak.

Competing proposals from U.S. politicians to commit thousands of U.S. ground troops to Iraq and Syria, or to vigorously police and patrol Muslim communities in the West simply do not address the Islamic State's ability to infiltrate the group's trained foreign fighters back into their home countries. Targeting training camps in Islamic State territory, as well as monitoring and detecting the group's returnees from Syria, are increasingly needed to address this threat.

In an effort to inform Western policy and actions against the Islamic State, our research team recently released a multi-year study of one of the most comprehensive sets of the group's internal documents ever put together—including memos, spreadsheets, and correspondence. Our analysis illuminated long-practiced Islamic State effort to administer its resources and territory. Its territorial control gives the group the flexibility to perpetuate terrorism both in the Middle East and worldwide while weathering the heavy battlefield losses it is now suffering in Iraq and Syria.

Our study suggests that, although necessary, targeting individual leaders will not be sufficient to defeat the Islamic State. The group has survived one-off personnel losses for years by institutionalizing its bureaucracy and decentralizing its decisionmaking to its mid-level leaders and field commanders. Rather, targeting the Islamic State's resources—like manpower—will be the key to defeating the group. Local forces and the U.S.-led coalition are already taking back territory, as well as targeting the group's financial resources, and the Obama administration has announced a line of effort against foreign fighters that focuses on countering extremism at home and building international cooperation to curb foreign fighter flows. But the highest levels of government should mobilize the U.S. interagency and the international coalition to develop a dedicated line of direct military and intelligence operations against Islamic State operatives....

Benjamin Bahney is a member of the adjunct staff, Patrick B. Johnston is a political scientist and Howard J. Shatz is a senior economist at the nonprofit, nonpartisan RAND Corporation.

This commentary originally appeared on The National Interest on May 31, 2016. Commentary gives RAND researchers a platform to convey insights based on their professional expertise and often on their peer-reviewed research and analysis.