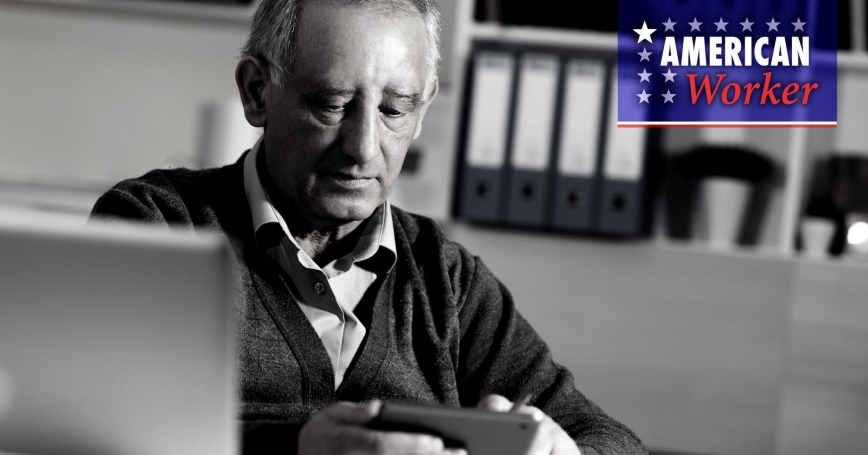 Life expectancy has increased substantially in the United States over the past 60 years. Back in 1950, a 65-year-old man could expect to live another 12.8 years on average. By 2010, this number had increased to 17.7 years. For women, the increase was even larger, from 15.0 to 20.3 years. While this is good news in many ways, it also brings worries: When people live longer, the costs for public programs like Social Security and Medicare increase and threaten the sustainability of these programs. Households wonder how to finance more retirement years.

Life expectancy has increased, making it necessary to have greater wealth to finance an increasing number of years in retirement.

There are a number of factors contributing to the increases in labor force participation at older ages. The rules of Social Security were altered to reduce Social Security benefits and increase the age at which a worker receives full Social Security benefits. There was a shift from a type of pension that encouraged early retirement to a type that neither encourages nor discourages early retirement. Possibly improving health permitted workers to remain longer on the job. Life expectancy has increased, making it necessary to have greater wealth to finance an increasing number of years in retirement. On average, jobs have become less physically demanding, permitting older workers to remain working at older ages.

Since 1992, every two years, the Health and Retirement Study (HRS) has asked workers in their 50s about future work intentions in the form of the subjective probability of working full time after age 62 in the following way: “Thinking about work in general and not just your present job, what do you think the chances are that you will be working full time after you reach age 62?”

Workers were also asked about the subjective probability of working after reaching age 65. The HRS follows individuals over time, re-interviewing them every two years so that we are able to observe whether individuals are actually still working upon reaching age 62. A comparison shows that the subjective probability is highly predictive of actual labor force participation as observed over the same persons. For example, in 1992, workers age 51–56 reported average probability of working full time at age 62 of 48.4 percent. Actual labor force participation when observed at age 62 (6–11 years later) was 47.8 percent. 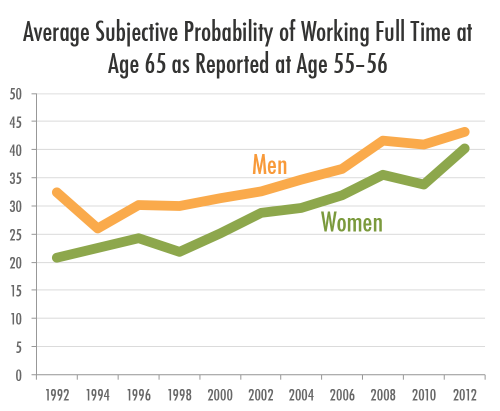 As for the future, both curves continue to slope upward from 2004 to 2012 and therefore predict increases in labor force participation rates of both men and women through 2022. Furthermore, participation by women will continue to increase more rapidly than participation by men. If these increases are realized, they will reduce some of the problems associated with increasing life expectancy and the associated population aging.

Michael Hurd is a senior principal researcher and Susann Rohwedder is a senior economist at the nonprofit, nonpartisan RAND Corporation.