The Impact of Deployments on Military Marriages 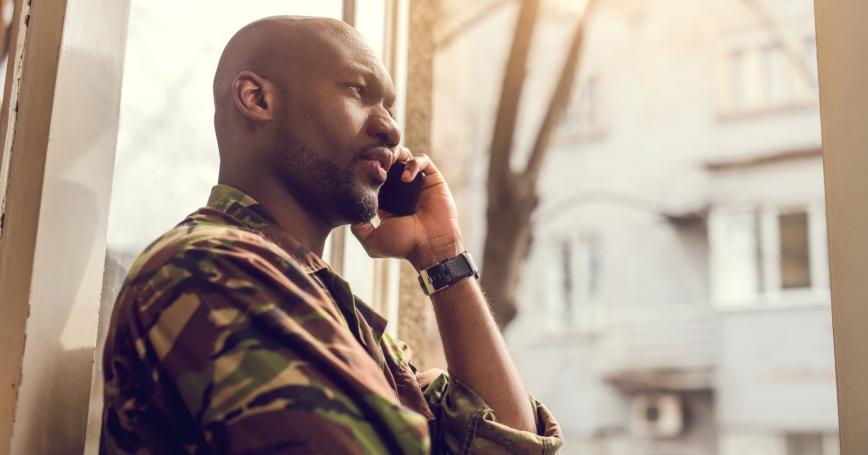 How have these deployments impacted military marriages? Are multiple combat deployments detrimental to military marriages? Media coverage and commentaries suggest that the answer is a resounding “yes.” But surprisingly, the evidence linking deployments directly to poorer marital functioning has been sparse and contradictory, perhaps because researchers have focused on how deployments relate to divorce rather than marital satisfaction. Couples get divorced for a lot of different reasons (e.g., incompatibility), and couples in bad marriages stay together and don't get divorced for a lot of different reasons (e.g., lack of alternatives, for the children). Military couples might have even more incentives to stay in bad marriages than do civilian couples (e.g., housing allowances, health benefits, and separation pay). Perhaps this is why researchers have found that, although marital satisfaction among military couples declined from 2003 to 2009, the divorce rate among military couples remained steady.

One might think that multiple deployments would be worse for marriages, but the evidence for this relationship is unclear.

Another reason why the association between deployments and marital outcomes may be more complicated than expected is the fact that not all deployments are alike. All deployments involve separation from family members, which can be very stressful, but service members can also experience combat-related trauma during deployment and resulting symptoms of post-traumatic stress, which is related to negative marital functioning (PDF). What is not clear from past research is whether the implications of combat-related trauma for marital satisfaction accumulate over multiple deployments. One might think that multiple deployments would be worse for marriages, but the evidence for this relationship is unclear.

To shed some light on these questions, my colleague Ben Karney and I, along with a research team at RAND, examined the relationship between prior combat deployments and current marital satisfaction in a representative sample of deployable Army service members and their spouses participating in the Deployment Life Study. The weighted sample from the Deployment Life Study is ideally suited to address these issues: collected between March 2011 and August 2012, the sample is large (1,358 families) and representative of the entire, deployable married population of the Army. The data also contain reports from both spouses in each family, ensuring that the results are not unique to the perceptions of a single spouse. Using this dataset, we examined how multiple prior combat deployments were related to current marital satisfaction, and whether this relationship was accounted for by the experience of combat-related trauma and symptoms of post-traumatic stress. All our analyses statistically controlled for factors that might be associated with marital satisfaction, deployment, and deployment experiences that might otherwise explain these associations (e.g., length of marriage, age, military rank).

Importantly, the relationship between cumulative combat deployments and marital satisfaction was mostly accounted for by increased combat trauma experienced during deployment and the associated increase in post-traumatic stress symptoms. So, experiencing one or more deployments is associated with decreased marital satisfaction, but that decrease is mostly accounted for by the aftermath of trauma experienced by service members during deployment.

These results highlight several concrete directions for policies and programs aimed at supporting military families facing deployments. First, the initial deployment is a critical period for interventions. Programs that prove effective in buffering couples from any detrimental effects of their initial deployment experiences may set those couples on a path to withstand subsequent deployments more easily. Second, programs that encourage or facilitate effective coping with trauma service members experienced during deployment may have ripple effects that benefit military families as well. In fact, emphasizing the downstream benefits for their families may be one strategy for encouraging reluctant service members to seek out help in dealing with combat-related trauma.

Finally, these results speak to the fact that military marriages that remain intact appear to adapt to the demands of deployment, learning as the months pass—and over repeated deployments—how to prevent the experience from inflicting increasing damage to their relationships. There is institutional wisdom in these couples. Their resilience in the face of deployments and deployment-related stress can be tapped as a source of guidance for couples and families facing these challenges for the first time.

Thomas E. Trail is a behavioral scientist at the nonprofit, nonpartisan RAND Corporation.

This commentary originally appeared on Family Studies on August 31, 2016. Commentary gives RAND researchers a platform to convey insights based on their professional expertise and often on their peer-reviewed research and analysis.