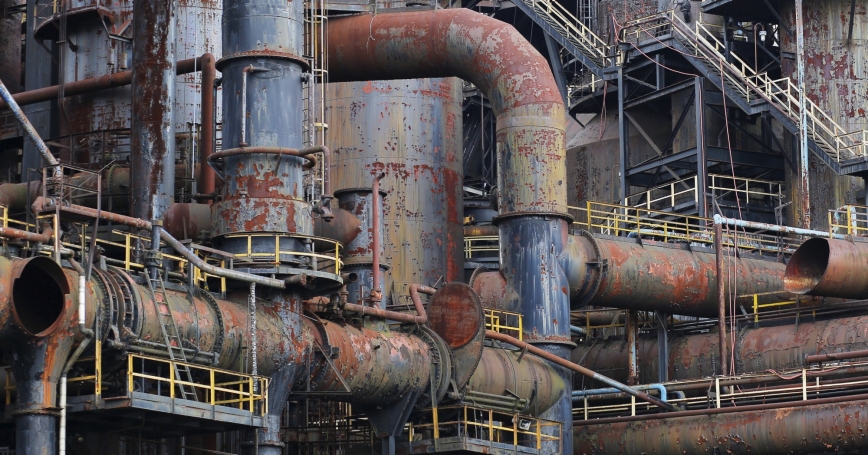 The recent presidential election included calls for a return of good, high-paying industrial jobs to the United States. Such promises were well intentioned, yet failed to account for dramatic global and national shifts that are underway. These shifts are fueled by changes in economic and technological capabilities that have led to ongoing fundamental restructuring of entire sectors of the U.S. economy.

This labor shift away from industry has been driven by several factors. Efficiencies have been gained through the development of automation and robotics coupled with optimization efforts such as lean manufacturing techniques. Offshoring of manufacturing—including related support services such as information technology, finance and accounting, procurement and marketing to name a few—have also taken a toll. Cheap labor and the U.S. tax code incentivized moving production, jobs and profits overseas by favoring overseas investment with a lower effective tax rate.

Can industry once again become a dominant force in the U.S. labor market? Not likely.

So will corporate tax reform and a reversal of trends in globalization bring large numbers of high-paying middle-class industrial jobs back to the United States? Can industry once again become a dominant force in the U.S. labor market? The answer to both questions is not likely.

A restructuring in the industrial sector, in particular in manufacturing, is making requirements for large labor pools of highly specialized craftsmen obsolete. In this new order, advanced technologies and processes are creating greater speed, precision and efficiencies in manufacturing. New technologies such as additive manufacturing (3D printing), robotics, artificial intelligence and cognitive computing, advanced material science and material bonding technologies are just some of the areas where advances are propelling these changes.

The steel industry provides an example of the dramatic shifts occurring in manufacturing. The basic processes to manufacture steel have not changed appreciably over the past several decades, yet automation and robotics have led to dramatic shifts. Large plants employing hundreds of workers, many with skills learned through trade schools and perfected over the course of long careers, have been replaced by operations in smaller facilities employing 20 to 50 people. Replacing these craftsmen with automation that increases speed and precision while lowering labor costs translates to greater efficiency.

While it is unlikely that the industrial sector will experience the same percentage reduction as agriculture did, a large rebound in the manufacturing labor market remains unlikely. Under certain conditions, some industry could return to the U.S. economy, but certainly not the large-scale, labor intensive manufacturing plants of the last century.

In this restructuring of the economy, the service sector will also not be immune to economic restructuring. Autonomous vehicles could cause dramatic changes to the long-haul trucking industry, eliminating many of these positions. Some have speculated that autonomous vehicles could also change car ownership trends, making full ownership an obsolete concept. The so-called internet of things could affect a wide range of industries relying on monitoring and controls systems, from utilities to health care delivery. Advanced manufacturing undoubtedly will lead to dramatic changes in supply chains, retail businesses and even repair services.

Perhaps a future economic and labor summit should be a high priority for the Trump administration. Such a forum could seek to identify opportunities for building science, technology, engineering and math literacy and the associated training and education crucial for the new wave of jobs. The mismatch in skills along with what to do with those who are “untrainable” in new skills will need to be tackled.

Making America competitive in this transitioning market will require examination of future labor market requirements. The impact of technology on labor economics and ultimately on the fabric of a productive society rests on the ability to sense the future and react accordingly. In the transitions on the horizon, workforce development programs that target building labor capacity for a new economy will be essential.

This commentary originally appeared on U.S. News & World Report on November 21, 2016. Commentary gives RAND researchers a platform to convey insights based on their professional expertise and often on their peer-reviewed research and analysis.