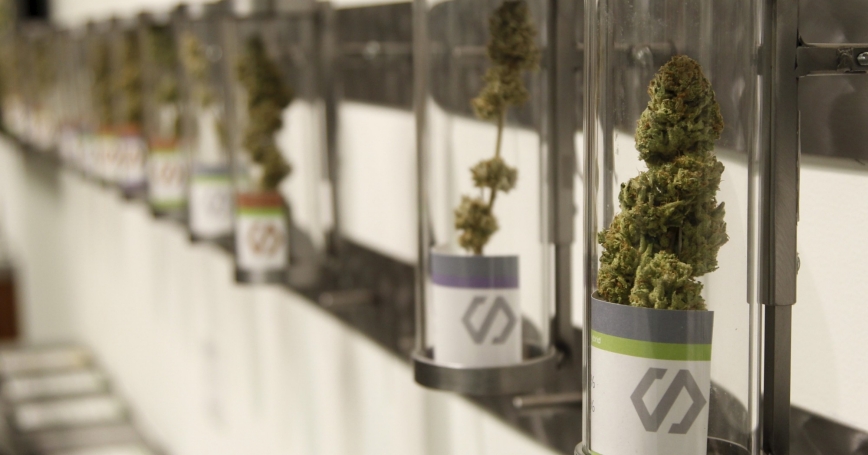 As of last week, voters in California and seven other states have passed ballot initiatives to allow for-profit companies to produce, distribute and sell non-medical marijuana. With more than 65 million people living in states that have passed marijuana legalization, and a Gallup poll showing that 60 percent of the country supports legalizing marijuana use, national legalization may seem inevitable.

As goes California, so goes the nation, right?

Consider what happened with medical marijuana. California was the first state to allow medical marijuana, starting nearly 20 years ago. Its approach was extremely loose—over time it became easy for essentially any adult to obtain a medical recommendation, and dispensaries abounded.

Most states now allow some form of medical marijuana and some followed California's approach—especially in the West—but others did not. For example, Massachusetts and New York implemented versions that restrict medical marijuana to people with serious medical problems and supply them via heavily regulated dispensaries.

Will the story be the same with non-medical marijuana? Or are the eight states that have passed initiatives to legalize non-medical sales—Alaska, California, Colorado, Maine, Massachusetts, Nevada, Oregon and Washington—blazing a profit-maximizing trail that others will follow?

The debate about non-medical marijuana in America has focused on a false dichotomy.

To date, the debate about non-medical marijuana in the United States has focused on a false dichotomy: Marijuana supply is either completely prohibited, or it is regulated like the commercial alcohol model in this country.

There are many ways to legalize marijuana supply besides the for-profit approach. I understand why some may be worried about creating an industry that will likely be incentivized to lobby against regulation and taxation to maximize profits. And if the marijuana businesses end up following the lead of alcohol companies, they will work hard to create and maintain heavy users, since they account for the vast majority of sales.

So what are the other alternatives to prohibiting marijuana supply? One “middle-ground” option is to only allow home production and let growers to give it away. This is the model currently operating in Washington, D.C. Another option is to legalize—and potentially regulate—user co-ops where members can grow, share and trade with other members.

These approaches, however, won't bring in much revenue for government. But even if that's the goal, the market still doesn't have to be opened to for-profit companies. Another middle-ground option is to limit production and/or distribution to a government monopoly, which would bring revenue into government coffers instead of benefiting corporations. A big reason this approach does not receive much attention in the United States—federal prohibition. A state choosing this option would be ordering employees to violate federal law.

The marijuana-sales market could also be limited to nonprofit organizations, perhaps those with a focus on public health or child welfare issues. Nonprofit is not the same as non-revenue—taxes can still be collected on marijuana sales. Again, there's a potential federal wrinkle. The IRS may not want to give an organization federal nonprofit status if it is selling a federally prohibited drug for non-medical purposes.

While some states will likely go the profit-maximization route like California, others may be more comfortable with middle-ground options that reduce marijuana arrests and the size of the illicit market without creating a new industry. The middle ground could be a final destination or just a stop along the way to commercialization. If the non-medical movement is anything like the medical movement, more state legislatures—and local governments—will soon be seriously debating marijuana policy.

The middle ground could be a final destination or just a stop along the way to commercialization.

While debates over legalization often mention state “experimentation” or states serving as “laboratories of democracy,” these terms are slight misnomers so far. In an experiment, one has to try different things and compare results. Yet every jurisdiction except Washington, D.C. is doing the same thing in focusing on for-profit suppliers.

Federal agencies could also support a clearinghouse for ideas and provide technical assistance to help state and local governments carefully consider all of the options and implementation issues associated with changing marijuana laws.

Of course, the federal response will be shaped by the priorities of the new administration, and at this early stage it is unclear what it will do about marijuana.

Tremendous uncertainty surrounds legalization, and every alternative to prohibition comes with trade-offs. But if federal officials duck the issue much longer, it may be too late to test out any other options. So even if it's not the optimal choice, sitting on the sidelines could make national legalization with profit-maximizing marijuana companies inevitable.

Beau Kilmer is co-director of the RAND Drug Policy Research Center and co-author of the recently revised book Marijuana Legalization: What Everyone Needs to Know.

This commentary originally appeared on USA Today on November 30, 2016. Commentary gives RAND researchers a platform to convey insights based on their professional expertise and often on their peer-reviewed research and analysis.