Taking the 'Terror' Out of Terrorism Requires Outsmarting Fear 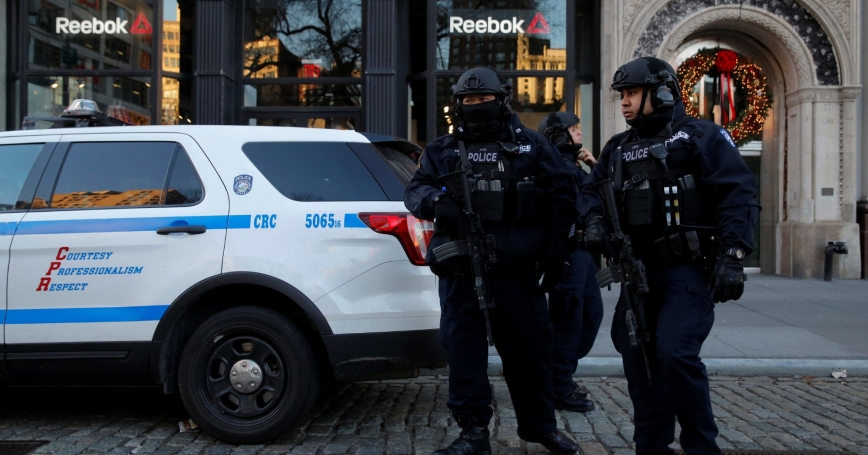 Terrorism is defined as violence—actual or threatened—calculated to create fear and alarm or, in a word, terror. Terrorism is primarily aimed at the people watching—the identity of the actual victims is often irrelevant to the terrorists. Its effects, above all, are intended to be psychological. Terror causes people to exaggerate the strength of the terrorists and the threats they pose. Terrorism is much more a matter of perceptions than of easily quantifiable risks or losses.

This observation has profound implications for security. To successfully create terror, terrorists do not have to overcome security measures. They simply have to be good at creating terror. Terrorism (the actions of terrorists) and terror (the psychological effects of terrorist actions) are separate domains. Even low levels of terrorism can, and do, cause high levels of alarm. Therefore, terrorists with limited capabilities and minimal resources can achieve disproportionate effects.

To create terror, terrorists don't have to overcome security measures. They simply have to be good at creating terror.

This is especially true in the context of today's media-drenched society. Media coverage greatly extends the reach and effects of terrorism. If terrorism is theater, contemporary communication through mass and social media enables terrorists to reach an audience of global proportions almost instantaneously. The mass media also tend to increase the drama by repeatedly broadcasting the visuals terrorists choreograph. Think of how many times you have watched the World Trade Center towers fall over the last decade and a half. Broadcasters mobilize legions of talking heads to weigh in, fueling the endless speculation. In these on-air discussions, warnings of imminent doom have an advantage over those counseling calm. Fear sells.

Partisan politics further incentivize the creation of fear. Every terrorist incident can be portrayed as a failure for which someone is to blame and heads must roll. Politicians pound podiums and point fingers. They demand that more be done to protect citizens. It is politically safer to support increases in security than to oppose them. Even those who see little utility in particular proposed security measures risk being condemned for their substandard zeal, for imperiling the lives of citizens if they do not agree—and being pilloried if another attack occurs—any terrorist attack, which most likely will happen.

Fear drives security increases that, once decided upon, must be supported by a commensurate level of assumed threat. As a result, the security measures adopted end up driving subsequent threat portrayals. There is no point in diminishing the dragons one promises to slay.

By demanding and unrealistically expecting absolute security, the public contributes to its own fear. It encourages the government to overpromise, setting it up for failure, which will, in turn, exacerbate public alarm.

Terrorists do not have to succeed tactically to get media attention and create alarm. A terrorist bomb may fail to kill anyone—it may not even work—but its mere discovery can cause fear that there may be other undiscovered devices or that a determined person or group may succeed next time. At a minimum, an attempted terrorist event will be viewed as a failure of security, which must then be increased to prevent further such events.

By demanding and unrealistically expecting absolute security, the public contributes to its own fear.

The jihadists clearly have discovered this and have recently modified their strategy to exploit these vulnerabilities. Jihadist rhetoric now urges followers with limited capabilities to launch low-level attacks, even if they are likely to fail, confident that public and political reactions will still provide a good return on their investment.

Security strategy understandably focuses on risk reduction through prevention and physical protection. These address the terrorism component of the threat but ignore the terror component. The possibility of creating a counterterror strategy that draws upon traditional and admired strengths in American society—courage, true grit, coolness under fire, self-reliance, sticking together in the face of danger, helping each other in emergencies—has hardly been explored. Such a strategy does not mean building new barriers or belittling individual fears, but helping society understand how terrorism works—then working together to foster a psychologically more resilient and less vulnerable mindset.

Brian Michael Jenkins directs security research at the Mineta Transportation Institute and is the author of The Challenge of Protecting Transit and Passenger Rail: How Security Against Terrorism Works. He also serves as senior adviser to the president of the nonprofit RAND Corporation.