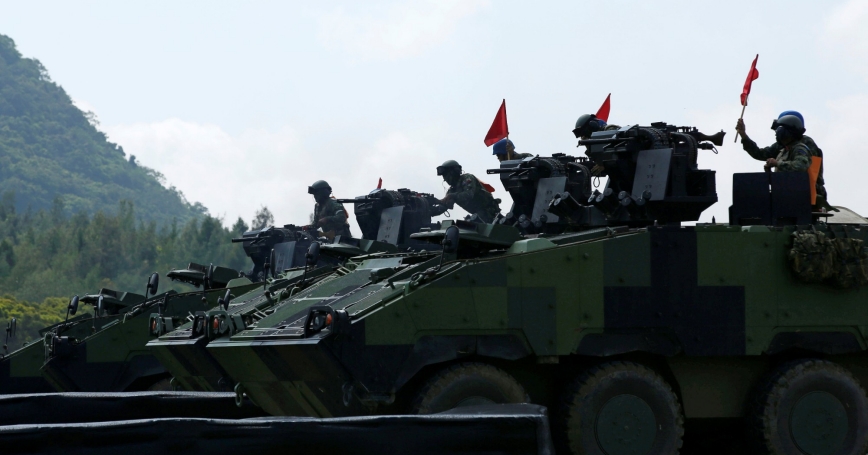 For China, the first of its two “centennial anniversaries” — in 2021 (100 years since the Chinese Communist Party's (CPP) founding) and 2049 (100 years since the founding of the People's Republic of China) — arrives in just four years. Although Beijing has publicly disavowed any timeline for unification with Taiwan, there is little question that CCP leaders would prefer the issue to be settled by then, or at least to oversee sufficient progress to justify its stewardship of the country's revitalization.

Although the two sides are more economically interdependent than ever, the prospects for “peaceful unification” continue to dim. China is fighting the trends that have everywhere favored the strengthening of subnational identities. The proliferation of digital technologies and social media, the inability of national governments to satisfy the proliferating demands of their peoples, and the increasing mobility of populations have weakened the loyalty claimed by national and supra-national governments and strengthened regional and ethnic identities. In China alone, Beijing struggles to maintain the loyalty of its people in Hong Kong, Xinjiang, and Tibet.

In Taiwan, the pull of regional identity and declining popular identification with China has fueled the island's shrinking support for unification. The looming collapse of the once-dominant Kuomintang (KMT) — a party committed in theory to a unified China — and the electoral strength of the pro-independence Democratic People's Party (DPP) serve as the most obvious manifestations of these trends. But polls also reveal the extent of disaffection with China. Scarcely 10 percent of Taiwan's people support unification. A widening generational divide suggests support will continue to fall, since 80 percent of Taiwan's youth between ages 20–29 oppose unification. China's official news service, Xinhua, has delighted in trumpeting polls that showed beleaguered Taiwan President Tsai Ing-wen falling in popularity. But Beijing can take little comfort in the fact that one of the few things that have proven consistently less popular in Taiwan than Presidents Tsai or KMT predecessor Ma Yingjeo has been the idea of unification with China...

Timothy R. Heath is a senior international defense research analyst with the nonprofit, nonpartisan RAND Corporation and the author of the book, China's New Governing Party Paradigm: Political Renewal and the Pursuit of National Rejuvenation.

This commentary originally appeared on Lawfare on March 20, 2017. Commentary gives RAND researchers a platform to convey insights based on their professional expertise and often on their peer-reviewed research and analysis.