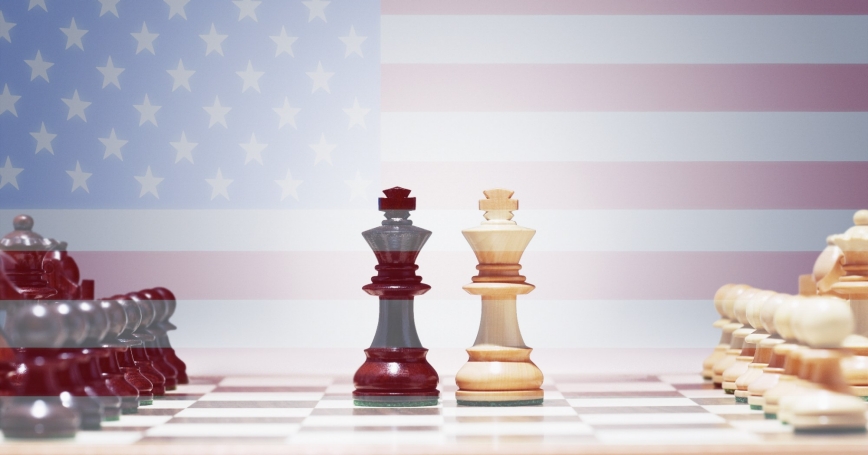 Does the Trump administration have a grand strategy for remaking U.S. foreign policy? Does it need one? Or is a not-so-grand strategy needed to manage international affairs in these turbulent times?

No, not necessarily, and definitely yes.

President Donald Trump acted swiftly to punish Syrian President Bashar Assad's chemical attack on his own citizens. But the aftermath will be more difficult to manage. The administration appears still to be divided by competing views about the U.S. role in the world.

This isn't unusual for new presidencies — or even older presidencies — and the internal tug-and-pull and policy sorting can be expected to continue for some time to come. But the sooner the White House can settle on a strategic orientation to unite the president and his senior advisers, make common cause with congressional leaders, and reunite Americans with their allies, the safer the world is likely to be.

At RAND, we've just finished a three-year project to study what we consider the hardest foreign policy problems the U.S. is likely to face during this administration and the next. Some problems, like North Korea's ballistic missile tests and the Syrian chemical attack, are already testing the new administration. Others, like climate change, a larger Middle East crisis, China's outward ambitions or Vladimir Putin's provocations, could muscle their way onto the president's agenda at the most inconvenient moment.

No administration wants to be forced to make consequential foreign policy decisions piecemeal.

No administration wants to be forced to make consequential foreign policy decisions piecemeal. The administration would therefore benefit from a comprehensive strategic orientation — a basic set of operating principles backed by a set of actions and realistic budget — to guide the innumerable tactical decisions of U.S. foreign policy.

Our study offered up three alternative strategic orientations, all of them plausible in the current political context, and all coherent in the sense that strategy is aligned with action, budgetary costs and risk. We pulled together lessons learned inside and outside of government (more on that in a moment), but did not recommend any one strategy. So far, the Trump administration might be seen to be taking some from each of the three columns.

Mr. Trump campaigned mainly on the first strategy we identified, “Come Home America”: Prioritize domestic growth, while attempting to limit military and political commitments abroad. Instead of putting military “boots on the ground,” it would focus on putting American-made boots on store shelves around the world.

This strategy would narrow the definition of U.S. interests and aim to spend less and do less abroad.

In line with the “Come Home America” view, Mr. Trump has restricted immigration, demanded that allies do more and declared a policy of “America First.” His budget proposes a 28 percent cut to the State Department, in line with his view of an agency that has promoted the current international order but neglected the needs of working Americans. Likewise, he proposes sharp cuts to foreign aid and international organizations such as the United Nations.

The strike on Syria and other Trump decisions seem to stem from a different conception of the U.S. role in the world — “America as the Indispensable Nation.”

But the strike on Syria and other Trump decisions seem to stem from a different conception of the U.S. role in the world — one we call “America as the Indispensable Nation.” This has been the prevailing orientation for most of the past seven decades of the U.S. foreign policy and defense establishment. Whatever its shortcomings, this approach maintained the U.S. position as the world's leading power, avoided nuclear Armageddon and war between the major powers, kept the U.S. economy the world's strongest and prevented a second 9/​11-scale attack on the homeland — truly historic achievements.

Trump administration actions in line with this strategic orientation include the dispatch of senior U.S. officials to reassure NATO allies, the suggestion that China deal with North Korea's nuclear threats “or we will,” and the strike on Syria to reestablish a cherished but eroding international norm against the use of chemical weapons. Mr. Trump's budget request, which includes a $54 billion hike in defense spending, suggests a U.S. defense strategy that is not premised on the assumption that American troops must stay home.

All of these moves bespeak a more activist strategy, one that recognizes the value of alliances and views a world without U.S. leadership as a sad and nasty place. So do the accelerated deployment of THADD anti-missile systems to South Korea, and a greater U.S. involvement in Syria and Yemen than under President Obama.

Meanwhile, other presidential instincts appear in line with a third strategic orientation, that of an “Agile America” that would seek to better adapt and compete economically in a rapidly changing, globalized world. Proponents of this worldview believe it is impossible to limit U.S. exposure to a fiercely competitive and sometimes unstable world; the question is how deftly it can redefine its interests, reposition itself and adapt. The goal of this strategy is to update U.S. interests and policies, and manage the inevitable changes, in a way that benefits all Americans, including the one-third of the population that have yet to benefit from the globalized economy.

Mr. Trump's pro-business rhetoric and his instinct to look for new deals and new angles are in line with this third strategic orientation, for example in his promise to rework the North America Free Trade Agreement and negotiate “a better deal for America.” So too is the president's willingness to challenge accepted foreign policy wisdom — recall his initial take on the “one China” policy — even if he quickly retreats from the challenges he issues.

Mr. Trump's new national strategy, expected this summer, may elucidate the administration's strategic leanings. Or it may attempt to gloss over the tensions among them with mainly aspirational language, as so many previous National Security Strategies have done.

Still, tensions can be expected to continue as long as these differing viewpoints coexist and the “hard power” stance lacks the “soft power” support to principles and institutions favored by key allies.

For their part, confused American allies will be doing their own calculations about how much to rely on the U.S. for political and military support — and making their own arrangements where they are unsure of America's direction.

Andrew Hoehn is senior vice president for research and analysis and Sonni Efron is managing editor, Strategic Rethink Series, at the RAND Corporation. Both are authors of “Strategic Choices for a Turbulent World: In Pursuit of Security and Opportunity” (RAND, 2017).

This commentary originally appeared on Pittsburgh Post-Gazette on April 8, 2017. Commentary gives RAND researchers a platform to convey insights based on their professional expertise and often on their peer-reviewed research and analysis.