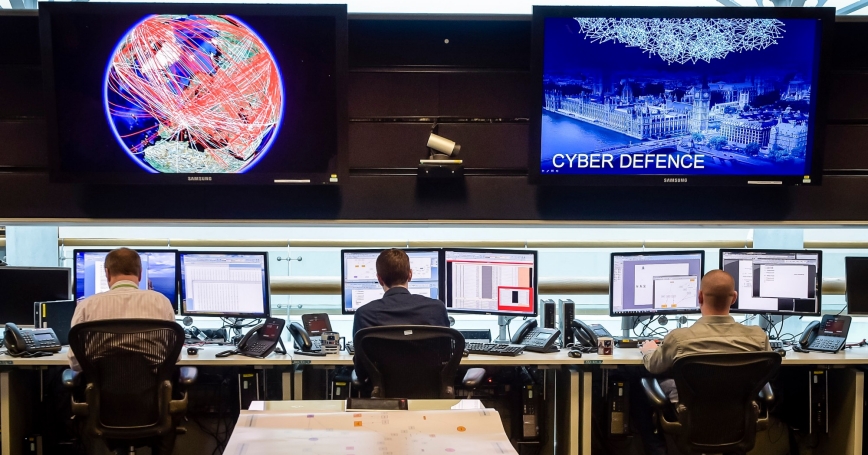 Seventy-one years ago, Great Britain and the United States signed the 1946 UKUSA Agreement — an unprecedented intelligence alliance that quickly incorporated Australia, Canada, and New Zealand. Thus the Five Eyes intelligence community was born. The partnership — based on mutual trust and the realization that intelligence sharing could provide huge national advantages — came of age in the Cold War as an alliance spanning the globe to meet the political and military threat posed by the Soviet Union. It found renewed purpose after 9/11, combating transnational terrorist networks and supporting the military in Iraq and Afghanistan. Throughout its history, the Five Eyes alliance allowed its members to pool their complementary capabilities for mutual benefit.

But the alliance may now be facing its greatest challenge — precisely because it no longer faces a single predominant threat. The intelligence communities of all five nations must now contend with self-radicalized terrorists at home, master an entire new domain of cyber threats, and remain ahead of Russia and China. And the Five Eyes must do all this while recruiting and retaining the best staff, allaying concerns over civil liberties, and managing the wavering political will for international cooperation. Can the Five Eyes partnership survive in this environment while minimizing painful trade-offs and capability cutbacks?

The Five Eyes alliance faces a range of challenges that is unprecedented in breadth.

First, the partnership must meet the latest manifestation of its traditional targets, specifically Russia and China. Russian intervention in Syria, its expanded military presence in the Mediterranean and its revived “Active Measures” cyber and disinformation campaigns have led to an explosion in demands on the intelligence community. These activities, coupled with Russia's use of cyber capabilities to achieve its political goals, have renewed fears in Five Eyes capitals and among NATO partners about Russian intentions.

Meanwhile, China's provocative military build-up, its assertive behavior in the South and East China Seas, and its cultivation of political influence among states in the region is a major resourcing issue for the Five Eyes. A recent study by the RAND Corporation, titled “War with China: Thinking Through the Unthinkable,” concluded that “improvements in Chinese military capabilities mean that a war would not necessarily go the way U.S. war planners plan it. Whereas a clear U.S. victory once seemed probable, it is increasingly likely that a conflict could involve inconclusive fighting with steep losses on both sides.”

To meet the Russian and Chinese challenges, it is important that the Five Eyes community understands not only the intent and constraints of these powers, but also their innovative use of new capabilities, including the use of so-called hybrid military threats for coercion.

Second, the partnership faces an evolving terrorist threat. Through al-Qaeda and then the self-styled Islamic State, terrorism has become more diffuse, harder to monitor, and resident in the domestic societies of the Five Eyes and their partners. One study suggested that ISIS publishes 38 unique pieces of content per day — a huge output and one that the Five Eyes have been collectively unable to tackle. The pressure to disrupt would-be attackers has never been greater. Even as the Five Eyes improved its ability to disrupt mass-casualty attacks launched from abroad, a new threat emerged: ISIS and other groups turned to social media to inspire citizens in the West. This change suggests the need for a different intelligence model, and it will be a challenge for the Five Eyes to balance privacy, ethics, and intelligence operations as they seek to disrupt domestic plots.

The third category of challenges concerns information technology — threats in the cyber domain and the challenges of big data. While the United States appears to have convinced the Chinese that large-scale cyber espionage has consequences, the Russians have doubled down on their cyber and digital propaganda activities against the United States, events which are under active investigation by U.S. law enforcement agencies. The complexities of this new domain of threats underscore the need for a whole new generation of intelligence experts who today exist in insufficient numbers across the Five Eyes community.

Similarly, Five Eyes intelligence agencies must grapple with the problem of managing and best exploiting the potential of big data (PDF). While big data holds enormous potential for intelligence operations, it creates new challenges in operational speed, collection, and processing. Data stewardship is at the heart of this discussion. Intelligence agencies that handle big data are a prominent issue for those concerned about privacy and individual rights. As the Five Eyes nations work to harness big data, their ability to do so could increasingly be constrained by data protection concerns as well as privacy and intellectual property regulations.

As governments scramble to manage these diverse new challenges, the Five Eyes partnership may inadvertently suffer if it is assumed to be working on autopilot. For example, dealing with ISIS-linked domestic radicalization would likely require integration among foreign intelligence services and law enforcement and domestic security agencies. But the sharing practices and regulations required to integrate may inadvertently erect new privacy and data security obstacles, even among Five Eyes partners.

Managing these challenges will require difficult trade-offs. As allied intelligence agencies learn to cope with shrinking budgets, will they invest in more analysts of Chinese ballistic missiles, or of hacktivist cyber operations? Will they rely more on drones for aerial surveillance, on criminal informants, or on multilingual human spies on the cocktail circuit? Even more fundamentally, as the political climate in many Western states becomes feverishly suspicious of government, intelligence partnerships could become political liabilities.

Since the 1940s, the Five Eyes community has proved itself an invaluable asset to each of its members, particularly during foreign crises. If the Five Eyes are to navigate today's eye-watering range of requirements and remain ahead of their threats, the governments of each nation would be wise to remember one of the community's oldest sayings: Intelligence is a team sport.

This commentary originally appeared on RealClearWorld on April 20, 2017. Commentary gives RAND researchers a platform to convey insights based on their professional expertise and often on their peer-reviewed research and analysis.