How California Is Trying to Keep Autonomous Vehicle Development on Track 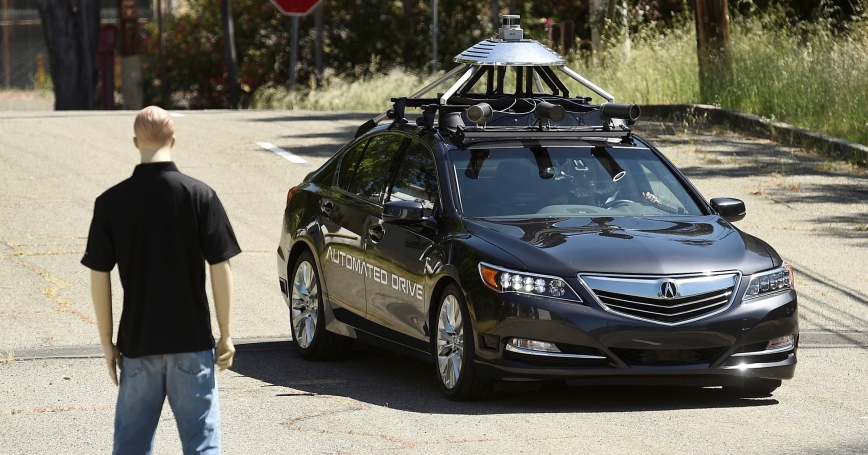 An autonomous car navigates around a dummy at the GoMentum Station autonomous vehicle test facility in Concord, California, June 1, 2016

The answer is… yes and… maybe?

The new regulations would keep California in the game, principally by removing earlier roadblocks to deploying fully driverless vehicles—those that can operate without human-driver intervention.

They also keep the requirements that remain workable, such as requiring manufacturers to obtain testing permits and demonstrate financial responsibility. Twenty-seven companies** are testing autonomous vehicles in the state. These developers didn't flock to California because of its great regulatory environment—they are here largely because Silicon Valley is home to much of the talent, entrepreneurial ethos and investment startup expertise needed to develop the cars of the future.

The proposed regulations are now undergoing a 45-day comment period before a public hearing scheduled for April 25 in Sacramento.

California has faced criticism for bringing perhaps too much zeal to regulating the development of autonomous vehicles. Of the few states that have autonomous-vehicle laws, California is the only one that requires companies to publicly report crashes and “disengagements,” the moments when a human intervenes out of a concern for safety.

Developers have criticized the requirement as both burdensome and relatively meaningless because it is not necessarily a good measure of safety—but could be misconstrued as such.

Yet the rule about reporting disengagements remains. The DMV releases an annual report of these and maintains that they offer safety insights.

Also remaining is the rule initially proposed in September requiring developers to wait six months before their application to deploy driverless cars be approved. It is still not clear what will happen during that six-month wait, and six months is a very long time in a technology-based industry. If that proposed rule becomes a bona fide regulation, developers might be tempted to game the system and submit applications six months before they are ready to deploy so they can have the green light when they are ready.

As for assuring safety, the regulations place much of the responsibility on the manufacturers and the federal government. On the one hand, this is a useful step away from the innovation-stifling patchwork of state-by-state safety and technology regulations that industry and policymakers fear. But it still does not address the question of how safe autonomous vehicles are, or how safe they should be before you or I could hop in.

The proposed regulations back away from an earlier proposal of requiring qualified third parties to certify the safety of developers' autonomous vehicles, perhaps in large part because the state recognizes that there's still no feasible and proven way to demonstrate that the technology is safe.

Instead, California requires autonomous vehicle developers to submit to the state the same “safety assessment” letter they are required to provide to the National Highway Transportation Safety Administration. In practice, this means the technology is judged safe enough essentially if the developer feels it is safe enough.

Other states have thrown up hurdles. Many autonomous vehicle developers criticized Michigan, for example, for proposing regulations that limited participation in driverless taxi services to eligible automakers while seemingly excluding Uber, Lyft, Google and other nontraditional original equipment manufacturers. In response to the criticism, the regulations were broadened to include nontraditional original equipment manufacturers that meet federal safety standards and certain testing and insurance requirements.

California doesn't need the most permissive regulations to remain competitive—the state just needs to create a sensible regulatory road map that keeps the engine of autonomous vehicle innovation humming. These proposed rules seem to do that.

Update on April 14, 2017: This commentary has been corrected to clarify that after the proposed regulations were criticized, Michigan broadened them to include Uber, Lyft, Google and other nontraditional original equipment manufacturers that meet federal safety standards and certain testing and insurance requirements.

This commentary originally appeared on TechCrunch on April 10, 2017. Commentary gives RAND researchers a platform to convey insights based on their professional expertise and often on their peer-reviewed research and analysis.