Parental Leave Would Cause a Boom in Breastfeeding 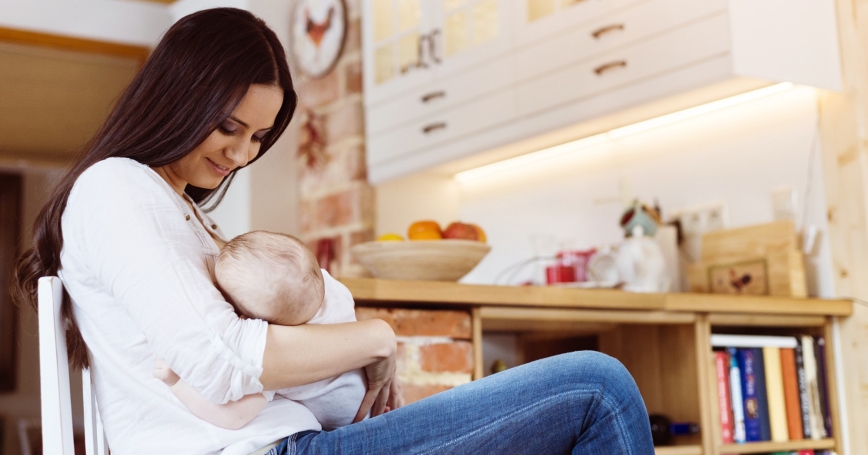 by Kandice A. Kapinos and Lori Uscher-Pines

If national paid parental leave is established, it has the potential to drastically increase breastfeeding rates in the U.S. in ways that other policy changes have not. Provisions in the Affordable Care Act that support breastfeeding mothers have helped nudge up breastfeeding rates, but family leave would give working mothers a precious gift that has been shown to make a critical difference—paid time off.

Only 12 percent of U.S. firms (PDF) offer paid maternity leave, while a national parental leave policy would likely require businesses to give new mothers six weeks of paid time off. Research has shown that paid maternity leave can increase the rate of mothers who attempt breastfeeding by as much as 18 percent. Lack of widespread parental leave also may explain why less than a quarter of working mothers are still breastfeeding after six months.

The majority of mothers in the U.S. are not breastfeeding as long as they had planned to or for as long as is clinically suggested. The American Academy of Pediatrics recommends exclusive (without formula or other food supplementation) breastfeeding for the first six months of a baby's life.

This recommendation is based on a large body of evidence documenting the many health benefits of breastfeeding to mother and child. According to one estimate, if 80 percent of mothers breastfed for six months, the U.S. could save $10.5 billion a year in health care costs through reduced incidence of pediatric diseases for breastfed infants during the first year of life.

Moreover, increasing breastfeeding rates among racial and ethnic minority mothers and low-income mothers, who tend to be much less likely to breastfeed, could reduce certain disease disparities in the U.S.

The Affordable Care Act (ACA) requires most health insurers to cover professional lactation support services and breast pumps. Pumps are essential for working mothers who need to be separated from their infants. When women must pay for breast pumps out of pocket, the cost—as much as $380—can be prohibitively expensive, especially for lower-income mothers who may need to return to work more quickly. A study published last fall showed this provision led to a 2.5 percent increase in breastfeeding initiation and will likely lead to an increase in overall breastfeeding duration.

The ACA revised the Fair Labor Standards Act requiring U.S. firms with 50 or more employees to provide time and space for breastfeeding mothers to express milk.

Evidence from states that had passed such mandates prior to the ACA suggests this led to an almost 2 percentage point increase in breastfeeding initiation rates. Having a dedicated time and place to breastfeed in the workplace will also likely result in longer breastfeeding duration—as shown in one case study of a firm-specific lactation support program (at Cigna Corporation) where the average employee in the program breastfed for over nine months.

Employers who comply with ACA requirements may realize the benefits of fostering a supportive breastfeeding culture in the workplace that go beyond reduced medical expenditures. Evidence suggests greater retention and organizational commitment  among employees who work for employers with family-friendly policies and benefits, even when the provision of these benefits are typically accompanied by lower wages.

The Case for Paid Parental Leave

With 74 percent of women of childbearing age in the workforce, developing ways to promote breastfeeding in a range of settings including the home, health care settings, and the workplace is important to improving child and maternal health.

Employers and health care payers alike stand to gain from policies that remove barriers to sustained breastfeeding for working mothers.

Employers and health care payers alike stand to gain from policies that remove barriers to sustained breastfeeding for working mothers. The incremental policy changes provided by the ACA are a step in the right direction, but they don't go far enough to attain public health goals outlined in the federal government's Healthy People 2020 initiative or the American Academy of Pediatrics' clinical guidelines.

Requiring businesses to offer paid parental leave, and encouraging mothers to actually take it, would give mothers (and fathers) the time they need to focus on the health and needs of their babies.

Kandice Kapinos is an economist and Lori Uscher-Pines is a policy researcher at the nonprofit, nonpartisan RAND Corporation.

This commentary originally appeared on The Hill on April 14, 2017. Commentary gives RAND researchers a platform to convey insights based on their professional expertise and often on their peer-reviewed research and analysis.