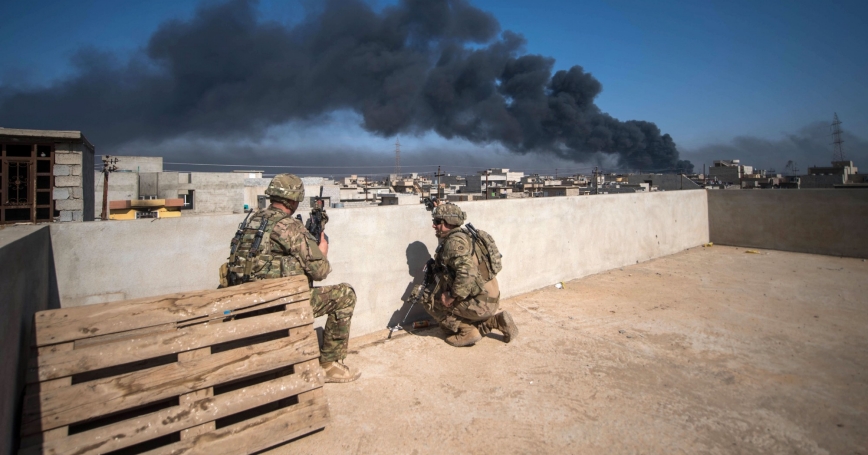 The U.S. missile strike on the air base from which the regime of President Bashar Assad conducted a chemical-weapons attack on Syrian civilians has prompted debate about U.S. strategy in the region. The Trump administration has said that Assad must go, but that may take considerable time and faces Russian opposition. Given growing Islamic State losses in Iraq, Syria, and Libya, there is a pressing need and a golden opportunity for a strategy to deal with the related problem of suturing the wounds left after the impending defeat of ISIS.

Steps are needed to fill the vacuum left as the caliphate collapses, lest forces on the ground — Sunni and Shiite Arabs, Kurds, and Iranian proxies — turn on each other to gain control. The U.S. can no more afford to turn its back on this post-ISIS danger than it can take full responsibility for it. The answer is for NATO to act under U.S. leadership. The alternative is either chaos or Iran, backed by Russia, filling the void, with great harm to U.S. and allied interests in either case.

NATO is the only security organization with the skills and breadth to take on this task. The U.S.-led anti-Islamic State coalition of 68 partners is ill equipped to engage in this complex task. A more cohesive organization such as NATO should lead, but in ways that allow continued Arab participation. A creative version of the NATO-led International Security Assistance Force (ISAF) coalition could provide the answer.

The post-caliphate political circumstances and potential stabilization missions vary in these three countries. Separate but related missions would need to be designed. Those missions might be guided by three principles.

First, the political circumstances for success need to be created in each country. NATO involvement could help create those circumstances....

This commentary originally appeared on The National Interest on May 2, 2017. Commentary gives RAND researchers a platform to convey insights based on their professional expertise and often on their peer-reviewed research and analysis.