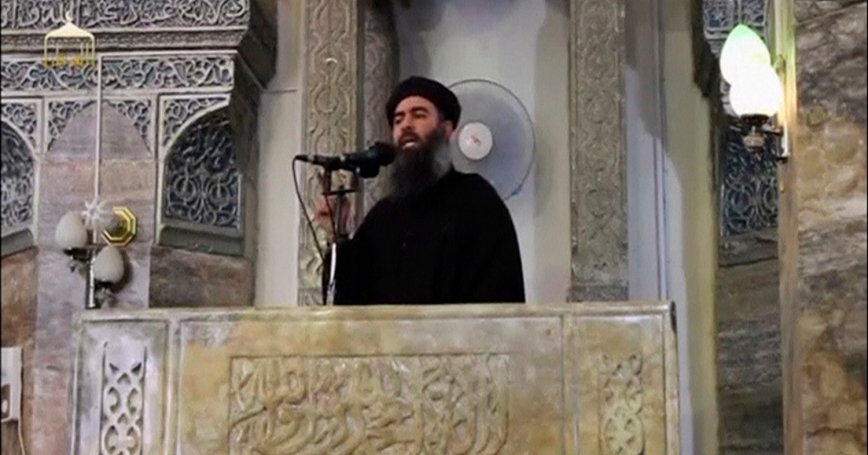 On June 16, 2017, the Russian military announced that it might have killed the reclusive chieftain of the Islamic State (ISIS), Abu Bakr al-Baghdadi, in an airstrike in Raqqa. It is working to provide further confirmation. There are many reasons to be skeptical of the claim, including reports that ISIS moved its remaining leadership from Raqqa to Deir Ezzor months ago. And this is far from the first time that Baghdadi has been pronounced dead. Yet even if the rumors prove false, it is still worth considering what his death would mean.

Born in Samarra, Iraq, Baghdadi spent most of 2004 in Camp Bucca, the U.S. military prison in southern Iraq. That turned out to be an opportunity to network with criminals, ex-Baathists, and jihadists, including Abu Muslim al-Turkmani, Abu Louay, and Abu Kassem. Upon their release, Baghdadi and those three formed the core of what evolved into ISIS after Baghdadi helped engineer the defection of al Qaeda in Iraq from the broader al Qaeda group. He has been the leader of ISIS ever since.

Baghdadi is thought to have obtained a doctorate in Quranic studies from Saddam University in Baghdad. His education allowed him to claim better religious credentials than other jihadist leaders, including al Qaeda leaders Osama bin Laden and Ayman al-Zawahiri. That was one of several factors—along with a familial lineage traced back to the Prophet—that cleared Baghdadi's way to declare himself Caliph, ruler of all Muslims, in an historic speech at the Grand Mosque in Mosul in June 2014.

Although news of the new Caliph's declaration was largely met with indifference in Western security and intelligence circles, it invited an unprecedented wave of foreign fighters into Iraq and Syria from around the globe. Tens of thousands of Muslims flocked there to join ISIS as it sought to construct a modern-day caliphate while vanquishing all enemies in sight.

How big a blow would the death of Baghdadi be to the survival of ISIS? The academic scholarship on the effectiveness of the targeted killing of terrorist leaders is mixed. One study led by terrorism expert Peter Neumann found that the removal of a terrorist group's midlevel commanders is far more effective in preventing future attacks than merely removing the leader because eliminating the middle managers severs the link between the foot soliders and grass-roots supporters and those tasked with planning attacks and crafting overall strategy.

Other studies, including “When Heads Roll: Assessing the Effectiveness of Leadership Decapitation,” by Georgia Tech's Jenna Jordan, note that leadership decapitations can even be counterproductive. They can strengthen a group's resolve and encourage retaliatory attacks. In some cases, scholars such as Haroro J. Ingram and Craig Whiteside believe, precision strikes against terrorist leaders can result in the ascent of a more brutal and effective personality, as happened when Baghdadi ultimately supplanted former al Qaeda in Iraq leader Abu Musab al-Zarqawi. Killings of leaders can also increase sympathy for the organization beyond its core followers. ISIS would almost certainly use Baghdadi's death as a major propaganda opportunity, as it has with other important setbacks such as its retreat from Mosul, to attract new recruits and call for attacks in the West.

Other scholars, such as Patrick Johnston, find decapitation strikes to be an effective method of crippling an organization's capability to maintain cohesion. Johnston's research finds that terrorist campaigns are more likely to end quickly when counterinsurgents successfully target enemy leaders. Counterinsurgents who capture or kill insurgent leaders are significantly more likely to defeat insurgencies than those who fail to capture or kill such leaders. Moreover, his research suggests that the intensity of a conflict is likelier to decrease following the successful removal of an enemy leader than it is after a failed attempt, whereas insurgent attacks are more likely to decrease after successful leadership decapitations than after failed attempts.

Without Baghdadi at its helm, ISIS could very well suffer from something akin to an identity crisis.

Many of the perpetrators who kill in the name of ISIS go to great lengths to pledge bay'at, or allegiance first to Baghdadi as Caliph and second to ISIS as an organization or the fulfillment of the promise of a caliphate. Without Baghdadi at its helm, ISIS could very well suffer from something akin to an identity crisis. The resulting leadership vacuum could hasten the demise of ISIS or at least lead to significant splintering and fracturing of the current organization.

Whatever the case, the killing of the self-declared Caliph is at least a symbolic victory that demonstrates how vulnerable ISIS has become. Unable to protect its revered leader while facing a continuous onslaught from a diverse range of adversaries—including the United States–led anti-ISIS coalition, Russia, and myriad other non-state actors—the death of Baghdadi could usher in a new phase of the insurgency in which ISIS's command and control is significantly degraded.

Still, the removal of Baghdadi will by no means lead ISIS to collapse overnight. The organization has already survived the death of high-ranking leaders such as Abu Muhammad al-Adnani, its former spokesman and external operations planner, and Tarkhan Batirashvili, a Georgian who went by the pseudonym Abu Omar al-Shishani, or “Omar the Chechen.” And, as documented in a RAND Corporation study, Rolling Back the Islamic State, and another by the United States Institute of Peace (PDF), even without its caliphate and the control of territory, ISIS is likely to survive underground as a clandestine terrorist group while retaining the ability to conduct spectacular attacks in the Middle East and further afield because the root causes of its resurgence—the civil war in Syria and Sunni disenfranchisement in Iraq—will likely remain unresolved for the foreseeable future. The center of gravity, especially for external operations planning, could shift to ISIS's affiliate in Libya, which has been connected to the December 2016 Berlin Christmas market attack and, more recently, the attack at a concert in Manchester, England.

ISIS could easily follow suit and use al Qaeda's actions as a blueprint to reemerge stronger than before.

Al Qaeda largely followed this path after bin Laden was killed in Abbottabad, Pakistan in May 2011. Instead of collapsing overnight, the group continued to adapt, evolve, and expand. It now boasts more fighters in Syria (through its affiliate Jabhat Fateh al-Sham) than the group did at its peak. Even as it suffered from an aggressive drone campaign in the rugged tribal areas of Pakistan, al Qaeda's affiliates in Yemen, Syria, and North Africa continued to accrue political legitimacy by backing Sunnis in parochial conflicts. With its virulently sectarian agenda, ISIS could easily follow suit and use al Qaeda's actions as a blueprint to reemerge stronger than before.

As it does, the death of Baghdadi could even open the door to possible rapprochement between ISIS and al Qaeda. As Georgetown University professor Bruce Hoffman wrote in Foreign Affairs in March 2016, “Baghdadi's elimination could throw ISIS into total disarray and give al Qaeda an ideal opportunity to effect a voluntary or enforced reunification.”

If it turns out to be true that Russia has killed the Caliph, it will be a significant loss for ISIS. It would not signal the group's imminent death, but the symbolism would be critical, especially since Baghdadi built his organization around a cult of personality and there is no charismatic leader ready to take his place.

Colin P. Clarke is a political scientist at the nonprofit, nonpartisan RAND Corporation and an associate fellow at the International Center for Counter Terrorism. He is the author of “Terrorism, Inc.: The Financing of Terrorism, Insurgency, and Irregular Warfare.”

This commentary originally appeared on Foreign Affairs on June 22, 2017. Commentary gives RAND researchers a platform to convey insights based on their professional expertise and often on their peer-reviewed research and analysis.