How Did North Korea Get Its Nuclear Capabilities So Far So Fast? 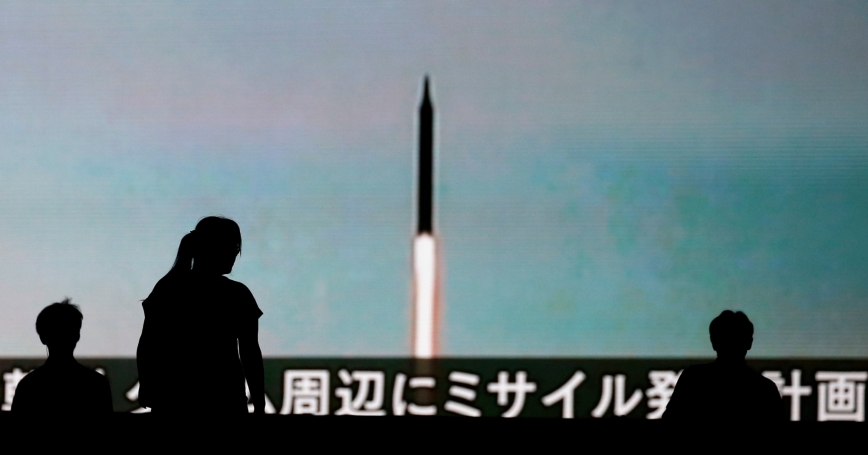 The recent North Korean missile tests and other provocations have sent shock waves through the global national security community and have predictably heightened tensions throughout the region. The tests have also made North Korea one of a small number of nations with an intercontinental ballistic missile capability and ominously gives it the potential to reach the United States. Much of the recent debate has centered on the important questions of deterring further North Korean tests and potential response options.

Yet another important topic that urgently needs to be investigated surrounds how North Korea's missile capabilities have increased so dramatically in such a short period of time. Such an examination should be aimed at identifying and closing the proliferation pathways North Korea used in developing its program. Understanding how North Korea has arrived at this point could help to stem further proliferation and prevent a potential arms race. The infusion of technology from external sources, internally developed adaptations of older technology and testing have contributed to North Korea's missile program.

Kim Jong Un's interest in developing missile technology has far exceeded that of the previous two regimes. Estimates are 84 of the 115 tests conducted since testing began in 1984—or 73 percent—have occurred since he took over as supreme leader in 2011. Just since February of this year, North Korea has fired 18 missiles in 12 tests. The tests have included different missile systems from land-based missiles to submarine-launched systems, a variety of different missile classes from short- and medium-range to intercontinental missile systems, and even multiple missiles launched simultaneously.

With each test, North Korea continues to perfect the technology and inch closer to full operational capability of a delivery system and payload. The recent nuclear and missile tests demonstrate some mastery of the individual systems. North Korea reportedly is close to achieving the next step, the miniaturization and mating of the warhead and missile into an operational system with the desired range and accuracy.

Evidence suggests that much of the missile technology development has been indigenous, with heavy reliance on “reverse engineering” for initial rocket designs. Several of the designs incorporated in the North Korean program came from old Soviet systems. In other cases, North Korea procured entire rocket systems, for example from Egypt in the 1970s. It is likely that additional technical support from the Soviet Union and then Russia occurred in the 1980-90s (PDF).

Reliance on external sources for technology is also clear. A 2013 U.N. panel established to monitor the implementation of sanctions found serious incidents of noncompliance including import of fine-grain graphite, classified documents, and machine tools for missile technology development.

Following one launch, recovered rocket debris had “modern components sourced from China, Switzerland, the U.K. and the U.S., as well as 'cannibalized' Scud components and other 1980s vintage Soviet parts,” as one report put it. All of these nations except China are member nations of the Missile Technology Control Regime that limits the export of missile technology.

Whether nations knowingly provided the technology or North Korea covertly obtained the material should be examined. Nations have a legal obligation under the 2004 U.N. Security Council Resolution 1540 to control exports to prevent the proliferation of dangerous missile, nuclear, and military technologies.

While U.N. sanctions, international treaties and laws, and national export control efforts have slowed the flow of technology and increased the time for development, it is clear they have not stopped the proliferation of these dangerous technologies.

Increasing trade with China and a porous northern border certainly contribute to the potential for continued external help and support the North Korean economy, which fuels arms development. Efforts to sever this proliferation pathway should be undertaken. China could be further pressured to take center stage in policing its physical border with North Korea and limiting further flows of illicit goods.

The economic penalties approved unanimously by the U.N., including by China and Russia, are also important. Continued support from China and Russia on this measure could be key. Half-hearted efforts, tepid support, or even nonsupport will only serve to fuel North Korea's hubris.

Should examination of the proliferation pathways indicate deliberate collaboration and support for the Kim regime's missile technology development, those violators should be held to account. Compliance with international laws and enforcing national export laws is not optional. Regional and global efforts will likely be essential to any productive steps to halt further proliferation.

This commentary originally appeared on U.S. News & World Report on August 10, 2017. Commentary gives RAND researchers a platform to convey insights based on their professional expertise and often on their peer-reviewed research and analysis.