Debunking 5 Myths of Sleeping Together 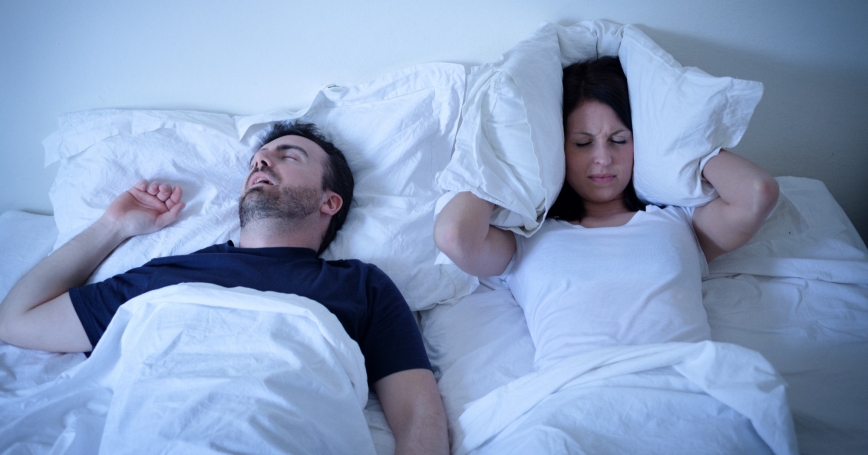 Two out of three American adults regularly sleep with a partner. That means about one in three American adults choose not to sleep with their partner. Evidence suggests that their ranks are growing. This decision often results in social stigma, including assumptions that sleeping apart is a sign of a sexless or otherwise unhappy marriage. It's time to put this and other tired myths about couples' sleep to bed and share what's actually known about couples' sleep.

1. Sex Is Good for Sleep

A widely held myth about sleeping together is that sex is a sedative, helping couples to fall asleep deeply and quickly. However, the strongest evidence in support of this contention comes from studies of laboratory rats that appear to sleep better after sex. Nevertheless, there might be some truth to this myth, as there are key biological changes that occur during orgasm, particularly when achieved with another person, that might enhance sleep. These include the release of relaxation-promoting hormones, such as prolactin, oxytocin and vasopressin.

2. Birds of a Feather Flock Together

To a certain extent, this myth is true. Night owls burning the midnight oil are more likely to pair with other night owls. Morning larks cheerfully rising at the crack of dawn are generally more likely to pair with other larks. But what happens when those with opposite circadian tendencies can't share the same nest? A handful of cross-sectional studies have shown that couples who are mismatched on circadian preferences have higher rates of relationship problems. However, those with good problem-solving skills are at no greater risk for relationship woes than couples whose sleep schedules are in sync.

3. Separate Beds Are a Sign of a Bad Marriage

Is a sleep divorce really the first step towards a real relationship rupture? While sleeping together may provide some couples with a sense of closeness and comfort, for others, sharing a bed with a snoring or sheet-stealing partner can lead to sleepless nights, which can lead to a short-tempered and conflict-prone partner the next day. Just as larks and owls can make a peaceful nest when accompanied by good problem-solving skills, couples that make conscious and collaborative decisions about their sleeping arrangements, whether together or apart, are perfectly capable of maintaining intimacy and highly satisfying relationships.

4. Snoring Is Just a Nuisance

An increasing number of couples are facing nightly battles and daytime consequences due to one or both partners snoring. But the occasional nudge to the ribs or pillow to the head aren't the only dangers associated with snoring. Snoring is a cardinal symptom of obstructive sleep apnea, which is associated with a host of negative health consequences. Some include increased risk for heart disease, stroke, and motor vehicle crashes. It's not just the snorer who suffers. Those long-suffering bedmates are at three times the risk of having insomnia as compared to those who sleep with silent partners. So, if you are a snorer, do yourself and your bed partner a favor — seek out help from a sleep doctor.

The old adage never go to bed angry makes a great deal of intuitive sense, but the data hasn't fully borne this out. In fact, one study found that although couple conflict did cause sleep disruption, anger itself did not. Leading the authors to suggest that the correct adage is not don't go to bed angry, but rather, don't fight before bed. In reality, many problems faced by couples simply cannot be fixed in time for bed. So, rather than aiming to solve battles right before bedtime, choose your battles and the timing of those battles wisely. Also, learn to table heavy discussions when you both are rested and have your wits about you.

This commentary originally appeared on Media Planet on September 27, 2017. Commentary gives RAND researchers a platform to convey insights based on their professional expertise and often on their peer-reviewed research and analysis.