In Britain's Approach to Free Child Care, Lessons for the U.S. 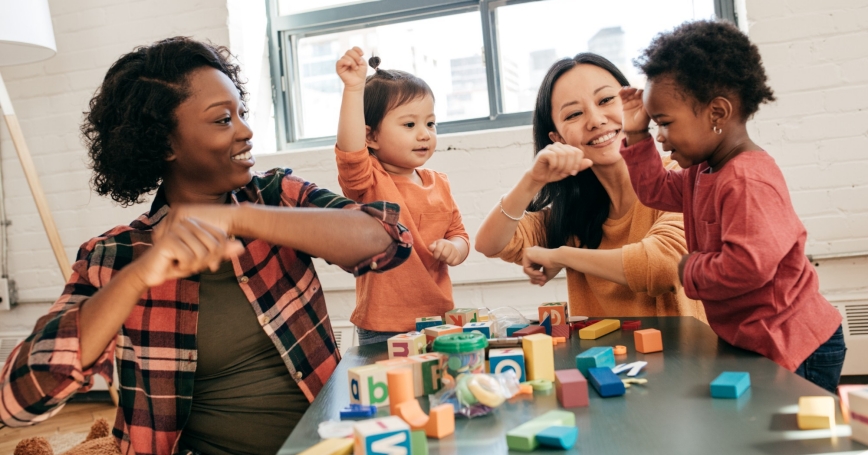 Since 2010, every 3- and 4-year-old in Britain has been guaranteed 15 hours of free child care a week for 38 weeks a year, the equivalent of a full school term. Most working parents of preschoolers can now claim 30 hours of free care a week, a major advance for a country that long lagged behind its European peers in providing affordable, quality child care.

Although it has a long way to go to catch up with Scandinavian nations, whose policies are considered the most family-friendly in the world, Britain is setting an example that could compel serious attention in the United States. The struggle to reconcile the demands of work and family life is similar on both sides of the Atlantic, yet the U.S. is alone among major Western democracies in its failure to invest in child care for all.

Britain's expansion of free early care, which took effect Sept. 1, is the centerpiece of government efforts to support working families grappling with child care bills that are among the highest in Europe, often costlier than a mortgage. Conservative and liberal leaders alike are united behind the program, viewing the extra £1-billion-a year investment (about $1.3 billion) as a social good and essential to England's economic vitality.

America is alone among major Western democracies in its failure to invest in child care for all.

The new program is not perfect. Unlike the 15-hour allowance, it requires that parents earn at least the equivalent of 16 hours a week at minimum wage, effectively shutting out those at the lowest income levels who arguably have the greatest need for free child care. In two-parent families, both parents must be working and neither can earn more than £100,000 a year (about $132,000).

The national rollout of the 30-hour entitlement has been marred by technical glitches and complaints from care providers that it is underfunded, possibly making it difficult to ensure a high quality of care. Many nurseries are tacking on surcharges for snacks and trips or closing their doors altogether.

No one denies, however, that the program is helping people balance their family and professional lives. My research on child care policy for RAND Europe as part of the European Platform for Investing in Children study bears this out, as does my own experience as the mother of three young children.

After the birth of my first child in 2009, I returned to work but discovered that after paying the nursery cost, I was substantially worse off than when I was on the UK's statutory maternity leave pay. Two years later my second child was born, but I stayed home until my oldest turned 3 and was eligible for the 15 hours of free care. Still, I only worked part-time because of high child care costs.

This scenario plays out across many European countries, with mothers far more likely than fathers to reduce working hours (PDF) in order to care for their children. In Britain, a couple earning average wages spends about 27% of their income on early years care, more than twice the average of the 34 developed nations in the intergovernmental Organization for Economic Cooperation and Development (OECD). Despite its wealth, the U.S. ranks fourth from the bottom of OECD countries in public spending on child care (PDF) and pre-primary education.

U.S. parents, at the mercy of the private market, pay an annual average of nearly $9,600 for full-time care of children age 4 and under. That figure exceeds the average cost of tuition in a four-year public college in most states, according to a 2017 report from the New America think tank. American women, like their British counterparts, cite the high cost of care as a major reason for dropping out of the labor force after having a child. Studies show that maternal employment in the U.S. is lower now than at any time in the past 20 years. Meanwhile, child poverty is rising.

One of the most powerful arguments for investing in quality early childhood programs comes from an American, Nobel Prize-winning economist James Heckman. His groundbreaking studies have shown that public preschool programs yielded a sizeable return per year through improved educational outcomes, lower risk of criminal behavior and higher future earnings. He and other researchers, including RAND senior economist Lynn A. Karoly, find the returns are greatest for disadvantaged children. Investments in later childhood do not pack the same wallop.

“High-quality early childhood programs,” Heckman said, “can boost the upward mobility of two generations by freeing working parents to build their careers and increase wages over time while their child develops a broad range of foundational skills that lead to lifelong success.”

If public school is free for K-12, why not extend the same guarantee for the earliest years?

The U.S. embraced universal child care during World War II, when the federal government provided heavily subsidized day care to all families regardless of income. “These programs reorganized one kind of domestic labor—child-rearing—to enable another kind: paid labor in the domestic economy that helped fortify America against its foreign enemies,” Rhaina Cohen wrote in The Atlantic. It almost happened again, in 1971, when Congress passed the Comprehensive Child Development Act. Former president Richard Nixon vetoed it.

If public school is free for kindergarten through high school, why not extend the same guarantee for the earliest years when, research shows, potential impact is greatest? On this question, Britain has answered yes and is laboring to expand its commitment. The U.S. has much farther to go, but can learn from Britain's experience and its own history.

Barbara Janta is a senior analyst at the not-for-profit RAND Europe whose expertise includes family and child policy, demography and employment.

This commentary originally appeared on USA Today on October 26, 2017. Commentary gives RAND researchers a platform to convey insights based on their professional expertise and often on their peer-reviewed research and analysis.