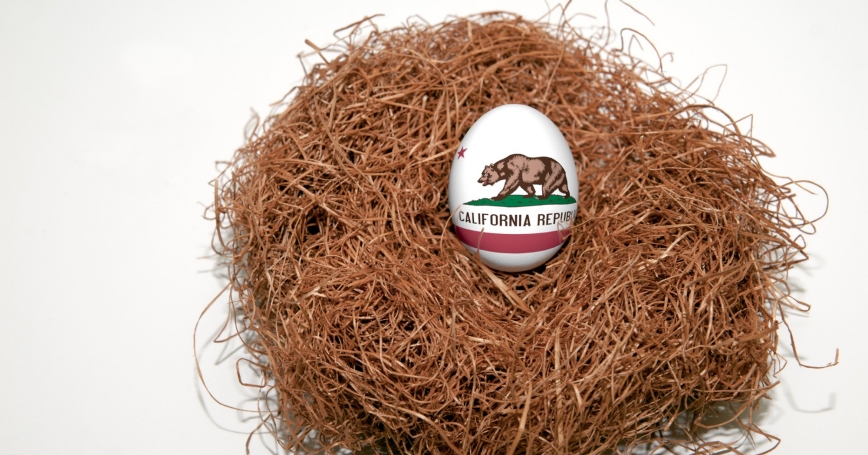 As far back as 2005, the then-treasurer of Orange County described California public-sector pensions as a “ticking time bomb.” In 2011, California's Little Hoover Commission advised the governor and state Legislature that California pension plans were dangerously underfunded as the result of overly generous benefit promises, wishful thinking and an unwillingness to plan prudently. It warned that, “Unless aggressive reforms are implemented now, the problem will get far worse, forcing counties and cities to severely reduce services and lay off employees to meet pension obligations.”

Despite significant media attention, this issue — unlike other “hot button” issues such as water distribution, mass transportation, public education, climate change and prison reform — seems to have failed to penetrate the mass consciousness of engaged citizens as something that requires significant and immediate attention. However, if we continue to “kick the can down the road,” we do so at our own peril: Budgets could be slashed, services curtailed and taxes raised, and individuals and municipalities could suffer greatly.

California leads the nation in pension underfunding. The numbers are staggering. Currently, the state government has approximately $464.4 billion in unfunded liabilities — the difference between resources that will be available in the state's pension fund and what will be owed to retiring employees. To provide some context, on an inflation-adjusted basis, that figure represents nearly two-thirds the cost to the U.S. of the entire Vietnam War. Nationally, state and local governments are carrying $4 trillion to $6 trillion in unfunded pension liabilities. That exceeds the combined military expenditures for every war, save World War II, fought by the U.S. since 1775. The California Public Employee Retirement System (CalPERS) and the California State Teacher's Retirement System (CalSTRS) have reported a combined $136 billion in unfunded pension liabilities. Los Angeles County alone has $7 billion in unfunded liabilities, and San Francisco's burden is $2.3 billion. This particular bomb will not be easy to defuse. “The severe underfunding of public pension plans will not be fixed easily or fast,” says my RAND Corporation colleague James Hosek. “There is no silver bullet.”

How did public pension burdens spiral into such a crisis? By and large, the shortfall is not a result of malfeasance, avarice or greed, but rather the inherent dynamics of public-sector contract negotiations in a democracy. Imagine yourself as a city's mayor during uncertain financial times. Union leaders inform you that current salaries are no longer sufficient to deal with higher costs of living, and public employees are struggling. Those government employees legally permitted to strike threaten to do so. However, the already-strained budget simply does not have the funds. The union leaders eventually concede that fact, but still need to deliver something to keep their members satisfied or, at the very least, not so angry that they are looking for new union leadership.

In due course, a rational compromise is negotiated. Government employees receive small, if any, immediate pay raises. They do, however, receive improved pension benefits. As a result, a strike is averted, city services to the public are not disturbed, taxes are not raised, the mayor can focus on other agendas (and perhaps higher office) and the union leadership stays in power. The financial impact of the increased pension benefits will not, in large part, materialize until after both the city's political and union leadership are out of office, and the ensuing decades will provide ample opportunity for future leaders and market forces to properly fund the improved pension benefits.

The fly in the ointment is that not everyone's interests are taken into account in these deals. “These negotiations did not fully represent the interests of future generations,” says Hosek. They “satisfy the needs of the people around the table.” Decades of these types of agreements compounding, and the multiplying impact of the passage of time, have brought us to where we are today.

In assessing the legal and public policy options available to deal with the massive funding shortfall, one critical issue is whether public pension benefits, once vested, can be subsequently altered. This issue will be addressed by the California Supreme Court. The court has granted review (though no hearing date is yet scheduled) in Marin Association of Public Employees, et al. v. Marin County Employees' Retirement Association et al. (S237460). In 2012, the Legislature passed, and Gov. Jerry Brown signed into law, the California Public Employees' Pension Reform Act of 2013 (PEPRA). The act excludes certain types of non-income compensation that were previously included when determining pension amounts. In a practice known as “pension spiking,” state employees had negotiated the ability to accumulate and “count” benefits toward their final pension calculations such as time spent on “standby,” administrative response pay, callback pay and cash payments for waiving health insurance. When PEPRA eliminated this entitlement, the union challenged the law, arguing that it impairs its members' vested pension rights.

The trial and appeals courts both ruled against the union, holding that employees do not have an absolute and unalterable vested interest in previously negotiated pensions benefits, but only a limited vested interest that guarantees a “reasonable” pension. “Reasonable” modifications, the court ruled, can include reductions in promised benefits. The decision drew heavily on the Supreme Court's 1947 Kern v. City of Long Beach decision, which held: “The rule permitting modification of pensions is a necessary one since pension systems must be kept flexible to permit adjustments in accord with changing conditions and at the same time maintain the integrity of the system and carry out its beneficent policy.”

Not surprisingly, the Marin case has drawn extensive interest. So far, 20 amicus curiae briefs have been filed by a wide cross section of interested stakeholders. Governmental agencies and others have expressed hope that a Supreme Court decision upholding the lower courts' rulings will provide them with a critically needed tool to proactively address the mounting crisis and implement budget-saving reforms. In turn, unions fear that the Supreme Court's affirmation of the current ruling, “will disrupt the good faith bargaining efforts of exclusive bargaining representatives ... [and] will further burden our courts while weakening collective bargaining as an effective means of resolving employment-related disputes.” All agree that much is at stake.

Some municipalities have already sought to address their pension underfunding. The voters of San Jose, the nation's 10th-largest city, approved pension reform ballot initiatives in 2012 and 2016. The measures create a two-tier structure limiting benefits for new employees, prevent retroactive benefit enhancements, require voter approval for new benefits, cap earnable compensation and take other steps to limit the pension burden. It is unclear, however, whether similar initiatives would garner voter approval in other California cities.

The passage of PEPRA, San Jose's voter-approved initiatives and other approaches demonstrate that some steps are underway to try to address some aspects of the underfunding. But the fundamental dynamics of what the Little Hoover Commission characterized as a “crisis” are still very much with us. A Stanford University study published just last month concluded that, even assuming favorable economic conditions and taking PEPRA's impact into account, California's unfunded liabilities will increase to between $780.9 billion and $856.0 billion by 2029. As dire as the problem is now, it could nearly double in the next 12 years.

Dan Grunfeld is the executive vice dean for strategy and partnerships at the Pardee RAND Graduate School. Previously, he served in leadership roles at two international law firms, as deputy chief of staff for policy for former Los Angeles Mayor Antonio Villaraigosa, and as president/CEO of Public Counsel.

This commentary originally appeared on Daily Journal on November 8, 2017. Commentary gives RAND researchers a platform to convey insights based on their professional expertise and often on their peer-reviewed research and analysis.