What the World Can Learn from Chile's Obesity-Control Strategies 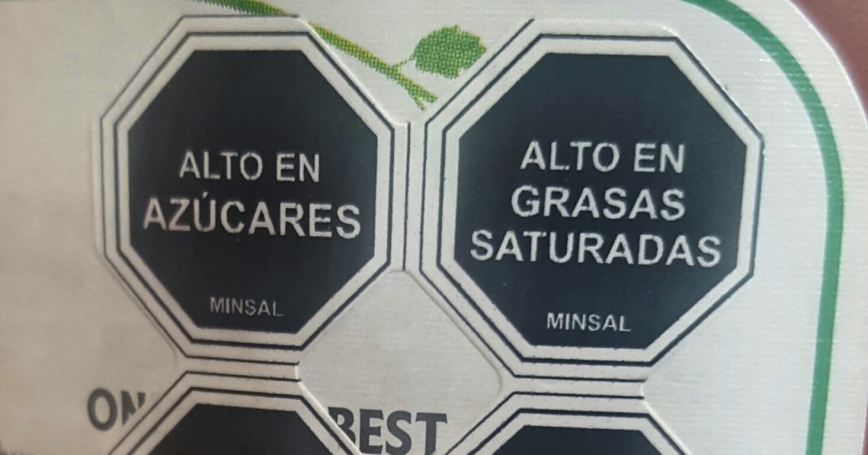 A food label in Chile indicates that a product has an excessive quantity of salt, sugar, calories, and fat

Nearly 30 years into the ongoing global epidemic of obesity and chronic diseases, Chile has taken the lead in identifying and implementing obesity-control strategies that could prove to be the beginning of the end of the epidemic. And the country's success on this front can serve as a four-point lesson plan other countries could follow.

Take action: Chile recognizes obesity rates are a crisis that demands urgent action. Instead of worrying about whether they had enough evidence to move forward, Chilean policymakers acted on the best evidence available. They were propelled to act given that two-thirds of the country's population is overweight or obese and that a Chilean citizen was dying every hour from obesity. (It's at least three people every 15 minutes in the U.S.)

Recognize the problem: They realized that an epidemic of obesity is primarily the consequence of the consumption of excess sugar, salt and fat found in ultra-processed foods and beverages. Ultimately, people need to eat less to reduce overweight and obesity. Instead of advising their citizens on what they need to eat, policymakers learned it was more important to warn them about what foods to avoid.

Put people first: According to Chilean officials, the opinions of the food industry were heard and considered, but the policies were crafted to make the best interests of Chilean citizens a priority. Public officials made the process transparent in the hope that progress on the warning labels would be less likely to be stymied.

Simplify communication: Chilean officials recognized that when people shop, they often do so automatically and habitually, and people seldom spend a lot of time reading labels or doing calculations to figure out what the best choice would be. To address this, Chile's Ministry of Health worked with graphic artists to develop simple warning labels. These black-and-white stop signs note whether a product has an excessive quantity of salt, sugar, calories or fat—enough to increase the risk of a chronic disease. A package is given one stop sign for each nutrient that is too high. These black signs are readily visible on the front of the package. The easy-to-read warnings say, in Spanish, “High in Sugar,” “High in Calories,” “High in Fat” and “High in Salt.” Shoppers are being taught to reach for healthier choices. The marketing campaign slogan spells it out: “Choose foods with fewer signs, and if they don't have any, even better.”

Since its initiation last year, the campaign has positively influenced food-buying behavior. Nearly 40 percent of Chilean citizens now say they use the symbols to help them decide what to buy. Consumers are shifting their purchases to healthier products, according to sales data reported by the Chilean newspaper El Mercurio. As a consequence, the food industry is reformulating products at an unprecedented rate—and warning labels are being removed from the new, improved options.

In addition, the country has established policies that build on these health warnings. Packaged food with the black-and-white stop sign cannot be advertised to children under 14-years old and are not allowed in schools. Cartoon characters also may not be used on the packages or in advertising directed at children. New regulations will soon be implemented to prohibit the advertising of products that carry warning signs between 7 a.m. and 10 p.m., the hours children might see them.

These are the first of many steps Chile plans to take as it tries to reverse the obesity epidemic and protect its population from overexposure to ultra-processed foods.

While the U.S. has made strides by defining which foods should be limited at school, it has not yet taken any action in community settings to reduce the burden consumers faces in figuring out which foods to avoid. The benefits children receive because of healthier school food policies are undermined as soon as they leave campus and are exposed to retail food outlets or advertisements that aggressively promote unhealthy foods.

The U.S. is paying a steep price for inaction—obesity rates and associated health care costs continue to climb, and too many Americans continue to die unnecessarily from preventable diseases. Behavioral economics studies have shown people respond more strongly to warnings to avoid harm than they do to information framed to lead to benefits and gains (such as recommendations for healthy foods).

Although the food industry will likely protest the use of health warning labels, such warnings would probably help Americans make better choices. If America puts the health of its citizens first, the food industry would find a way to adapt and prosper.

Deborah A. Cohen is a senior natural scientist at the nonprofit, nonpartisan RAND Corporation, and the author of “A Big Fat Crisis: The Hidden Influences Behind the Obesity Epidemic — and How We Can End It.”

This commentary originally appeared on U.S. News & World Report on December 26, 2017. Commentary gives RAND researchers a platform to convey insights based on their professional expertise and often on their peer-reviewed research and analysis.