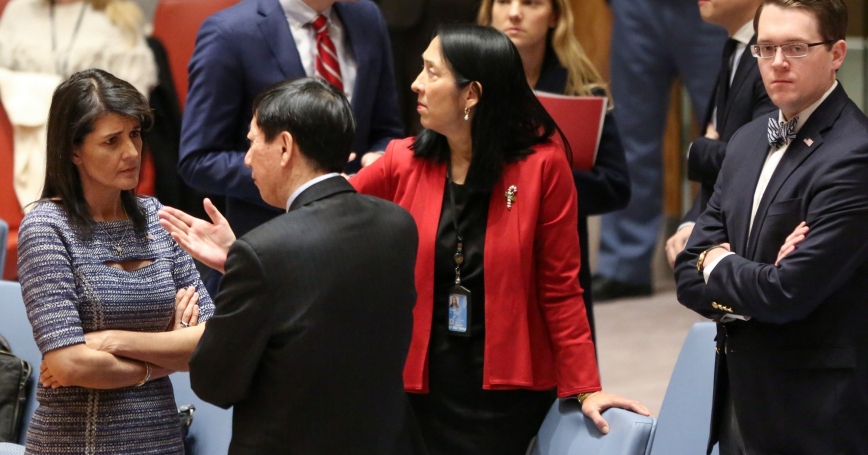 Unfortunately, we may never know the truth about this particular episode, but it is nevertheless fair to question whether Beijing intends to fully enforce sanctions against the Kim Jong Un regime, because such actions tend to undermine China's approach in North Korea.

Beijing likely seeks to prevent the collapse of the North Korean regime to ensure that neither a spillover of refugees nor a reunified pro-U.S. Korea emerges on its doorstep.

Chinese leaders have been exceptionally cautious not to threaten the “livelihood,” in their words, of the North Korean people because doing so might destabilize and ultimately precipitate the end of the regime.

According to a Chinese expert who closely follows North Korea, cutting off all oil resources — reportedly part of the original U.S. plan at the U.N. following the North's latest missile test in November — would have been highly counterproductive had it passed.

China has consistently demonstrated reluctance to push North Korea to the breaking point.

In recent years, China has consistently demonstrated reluctance to push North Korea to the breaking point. After Pyongyang's third nuclear test in February 2013, for instance, Beijing implemented a range of measures, including new trade sanctions and reductions in energy supplies to the North, but nevertheless decided to continue routine diplomatic and economic relations.

Following North Korea's fifth nuclear test in March 2016, Beijing pressed the livelihood argument to ensure that U.N. sanctions were focused only on eliminating funding for the nuclear program instead of threatening regime stability. This meant that Beijing could continue to receive North Korean coal — not an insignificant development, since coal makes up 40 percent of the regime's exports.

It is also important, however, to give credit where credit is due. China's anger with Kim has resulted in an unprecedented amount of Chinese cooperation with the U.S. at the United Nations. Beijing voted three times in 2017 in favor of crushing economic sanctions on North Korea.

Beijing has also significantly curbed bilateral trade with North Korea to enforce economic sanctions (on iron, iron ore, lead, seafood, coal, textiles, etc.) and has attempted to play a diplomatic role in dispatching its special envoy to Pyongyang in November for talks.

In a highly unusual move, Beijing in August granted the General Joseph Dunford, chairman of the Joint Chiefs of Staff, the opportunity to observe a Chinese military exercise near the border with North Korea. The two sides later held security talks that probably included, in part, how to handle a North Korea contingency.

U.S. policymakers should consider these and other developments as they evaluate whether China is acting in good faith on North Korea. But it's important to remember that China's strategic calculus has never changed on the peninsula.

Thus, it is necessary and appropriate to thoroughly investigate any signs that Beijing may be attempting to ease up on enforcement and to complain about it publicly if substantiated.

Derek Grossman is a senior defense analyst at the nonprofit, nonpartisan RAND Corporation. He formerly served as the daily intelligence briefer to the assistant secretary of Defense for Asian and Pacific Security Affairs at the Pentagon.

This commentary originally appeared on The Hill on January 3, 2018. Commentary gives RAND researchers a platform to convey insights based on their professional expertise and often on their peer-reviewed research and analysis.