Evidence-Based Treatments May Be Casualties of War on Drugs 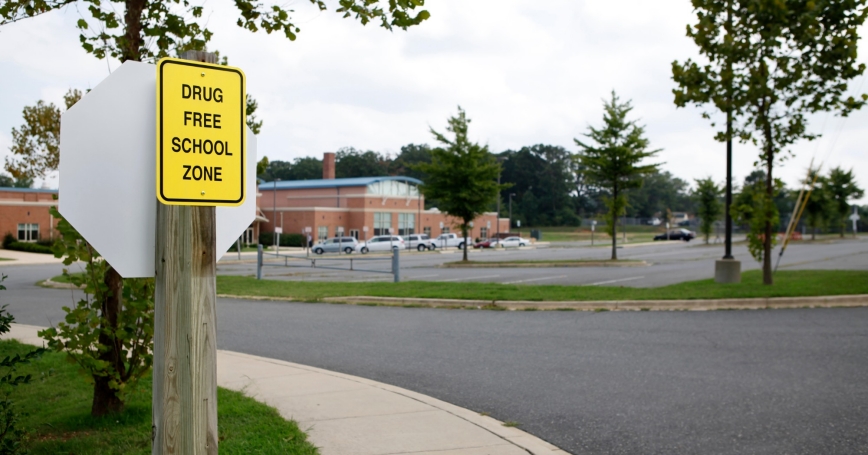 Since March 2007, the federal government has maintained a website to help researchers, evaluators and community practitioners find effective, proven, evidence-based programs that work to both prevent and treat substance abuse.

Now called the National Registry of Evidence-based Programs and Practices (NREPP), the website screens programs for effectiveness. Since many substance abuse programs that are developed do not work, NREPP acts as a kind of “Good Housekeeping Seal of Approval” so it is easy to tell the good programs from the bad.

Further, communities can use the site's search functions to find programs that best match their unique circumstances. If you run a middle school with mostly African-American students, you could use NREPP's search criteria to narrow the results to evidence-based programs that have been found to be effective specifically for that population.

If you wanted to find a program that specifically addresses steroid use in athletes, NREPP could help you find one. Programs from the website have been adopted in hundreds of thousands of locations across the U.S.

However, on Dec. 28, the Substance Abuse and Mental Health Services Administration (SAMHSA), the federal agency that oversees NREPP, prematurely terminated the contract to the organization that runs NREPP, for the “convenience of the government,” which means that the government did not believe the contractor had performed poorly.

Later, the administration stated it was cancelled because the database does not have many programs for the treatment of substance abuse or mental illness and has not been using rigorous screening criteria. The lack of treatment programs critique is not quite fair.

NREPP has traditionally not been asked to review those programs given its historical roots in substance abuse prevention, but could easily have treatment programs added. NREPP is not perfect and could stand to tighten its review criteria, but registries like NREPP have been found to generally provide useful information about the evidence base of particular programs to the average user.

Responsibility for NREPP was moved to a newly created office within SAMHSA. This action has made the future of the NREPP site unclear.

Without NREPP, practitioners who are responsible for adopting and running programs—teachers, superintendents, clinicians, clinical managers—are often too busy or do not have the skills needed to find and then critically evaluate whether a program is evidence-based.

Before registries like NREPP existed, programs were mostly described in academic journals that were not accessible or understandable to decision-makers in schools and community organizations. Thus, decision-makers relied on word of mouth, opportunistic marketing from companies selling programs that had actually been shown not to work or simply created their own programs from scratch.

These paths usually led to the adoption of programs of unknown quality or those known not to work like the Drug Abuse Resistance Education (DARE) program, which has been implemented in 75 percent of school classrooms but has been found to be ineffective.

When a prevention program is evidence-based, one can be confident that it will work to help prevent youth from using drugs and alcohol. Given the nationwide opioid crisis, increased access to legalized marijuana and the rapid rise of electronic cigarettes, it is more critical than ever to have ready access to programs that reflect current research on how best to address these and other substances.

Prematurely terminating the contract to manage NREPP could make it harder for decision-makers to choose programs that work. Also, individual practitioners are not the only ones who rely on NREPP.

State agencies that oversee drug and alcohol services and federal grant programs that fund prevention and treatment programs have increasingly tied their funding to programs that are evidence-based and rely on NREPP to help them make those determinations.

NREPP, and its listing of 453 programs, is a bargain. In 2017, its budget was $1.5 million. In FY 2018, $2.8 million was requested for NREPP and its Learning Center, another part of the website that provides general information about how to run these programs well so they get good outcomes.

Despite its low cost, NREPP does need to be actively maintained. Old programs must be reviewed to see if they still work in an ever-changing drug landscape. New programs must be evaluated. These functions of NREPP were even written into the 21st Century Cures Act in 2016, legislation aimed at addressing the opioid crisis.

While leaving the website up may satisfy the letter of the law, not actively managing it could lead to it becoming obsolete within a few years.

U.S. schools and community organizations already face a difficult battle to keep kids safe and drug-free and practitioners in these settings need tools to help them choose programs that will work best for their youth. Taking away NREPP in its current form could make the task of finding and deploying effective programs that much harder.

This commentary originally appeared on The Hill on January 12, 2018. Commentary gives RAND researchers a platform to convey insights based on their professional expertise and often on their peer-reviewed research and analysis.