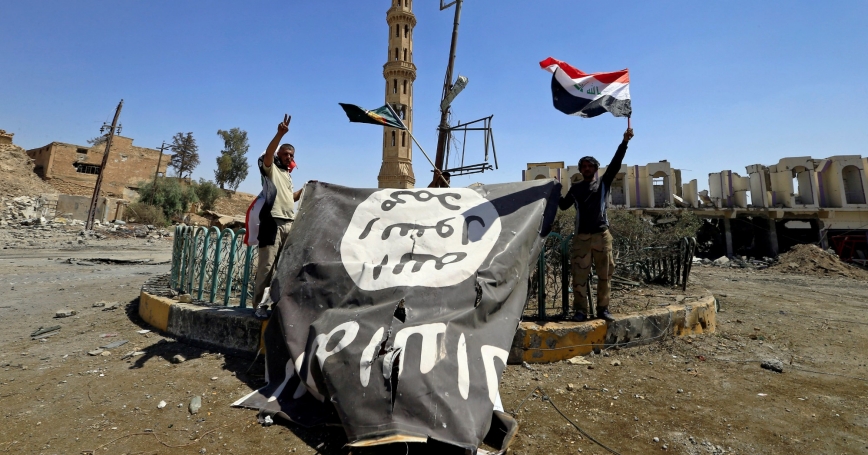 The Islamic State's caliphate has collapsed, although leader Abu Bakr al-Baghdadi is still at large, and the group still claims as many as ten thousand loyalists in Iraq and Syria. And yet even as the core group, once headquartered in Raqqa, Syria, continues its demise, the Islamic State seeks to expand elsewhere, boasting active affiliates or franchise organizations in Egypt's Sinai peninsula, Libya, Yemen, Afghanistan, Nigeria, Saudi Arabia and Russia. ISIS has also made inroads into southeast Asia, particularly the Philippines.

As the conflict in Iraq and Syria further ebbs, the United States and its allies are surveying the globe in an attempt to anticipate where future threats might develop. By looking at how other terrorist groups have expanded in the past, lessons may be learned about how and why these groups seek new affiliates.

The franchising model of terrorism is rare, and more a feature relevant to the global jihadist movement. To discern how ISIS might continue to expand in this way, it makes sense to trace Al Qaeda's trajectory, which followed a similar pattern of expansion throughout the 2000s.

Al Qaeda sought to expand its organization into new geographic locations following the U.S. invasion of Afghanistan in late 2001, which was followed by a decade-long American counterterrorism offensive relying on drone strikes and special operations forces. Al Qaeda's first franchise group was established in Saudi Arabia in 2003, followed by affiliates in Iraq (2004), Algeria (2006), Yemen (2007), Somalia (2010) and Syria (2012). As Al Qaeda expert Barak Mendelsohn details, the group expanded in two ways—establishing its own branch via “in-house” expansion, as it did in Saudi Arabia and Yemen, or merging with existing terrorist groups, as it did in Iraq, Algeria and Somalia.

Terrorist groups seek new affiliates for a variety of reasons, including to expand in scale and scope; to take advantage of and harness local expertise; to foster and diffuse innovative tactics, techniques and procedures; and to increase the group's legitimacy where it might otherwise be viewed skeptically as a foreign entity....

This commentary originally appeared on The National Interest on February 17, 2018. Commentary gives RAND researchers a platform to convey insights based on their professional expertise and often on their peer-reviewed research and analysis.