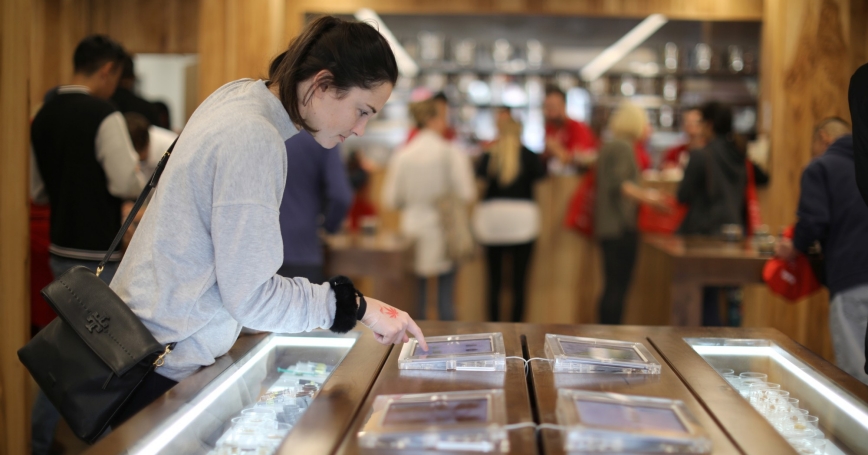 by Beau Kilmer and Rosanna Smart

Grab a cocktail after work or head to the cannabis lounge?

Unlike Colorado or Washington, California's legalization allows local jurisdictions to license on-premises cannabis consumption. While this is nothing new to the Bay Area, an increasing number of Californians will confront the “bar versus lounge” decision.

These questions have important implications for the health consequences of legalization, and for tax revenues. Unfortunately, we don't have the answers, yet.

A 2015 RAND Corporation study about cannabis legalization for the state of Vermont concluded that the evidence was mixed about whether cannabis and alcohol were substitutes or complemented each other. A 2016 University of Washington literature review about changing cannabis polices and alcohol use concluded the relationship was complex.

Much research has relied on evidence of how laws that increase access to medical cannabis affect alcohol use. The findings are mixed, possibly because the studies examine different age groups, measures of alcohol consumption and time periods. The alcohol-cannabis relationship may differ across population subgroups—teens may treat these substances differently than adults. Also, some studies consider only effects on whether people drink, but not effects on how often or how much they drink.

Different studies also examine different time periods, and the laws have been changing over time. Early state laws (such as the medical cannabis legislation California passed in 1996) tend to allow broader qualifying patient conditions, legal home cultivation and less oversight of dispensaries. Differences in policies may lead to different effects on cannabis use, and possibly alcohol use. And the laws' impact may evolve over time as the market expands or as federal enforcement shifts.

A recent working paper out of the University of Connecticut and Georgia State University has received a fair bit of attention as the latest in this series of attempts to shed light on the issue of whether alcohol and cannabis are substitutes or complements based on evidence from medical cannabis laws. The authors examined changes in alcohol sales at grocery and convenience stores and other outlets. They found that cannabis and alcohol are strong substitutes, with medical cannabis implementation being associated with a 15 percent reduction in monthly alcohol sales.

That is a surprisingly large effect, equivalent to what we would predict if the price of alcohol increased on the order of 30 percent. The effect seems especially large considering that during the study period of 2006 to 2015, the newer state medical cannabis programs that drive the main result were more restrictive and had low participation rates, typically involving less than 1 percent of the population (PDF). Of course, these medical laws could have effects that reach beyond the registered patient population if they made it easier and cheaper for non-patients to access cannabis, or if the laws caused the public to change its attitudes about cannabis and alcohol use more broadly. Much more needs to be learned about what's driving the results in this working paper.

Even if a consensus developed about the effect of medical cannabis laws on alcohol use, it would be unwise to simply assume that the same relationship applies to legalizing cannabis sales and advertising for recreational purposes. Alcohol tax revenues in Colorado and Washington have remained fairly stable since retail cannabis stores opened in 2014, but careful evaluations that account for the variety of factors influencing these revenues have yet to be conducted.

These questions about legalization and alcohol consumption will not be resolved anytime soon. In the meantime, California's policymakers are making decisions about whether to license stores and lounges, and if so, where and how many. They would be wise to build flexibility into their regulatory systems and not lock into decisions they may regret as they gain more information.

Beau Kilmer is the codirector the RAND Drug Policy Research Center and coauthor of the book “Marijuana Legalization.” Rosanna Smart is an associate economist at the nonprofit, nonpartisan RAND Corporation.

This commentary originally appeared on GreenState (San Francisco Chronicle) on February 13, 2018. Commentary gives RAND researchers a platform to convey insights based on their professional expertise and often on their peer-reviewed research and analysis.