Joint Military Exercise Can Be a Bargaining Chip with North Korea 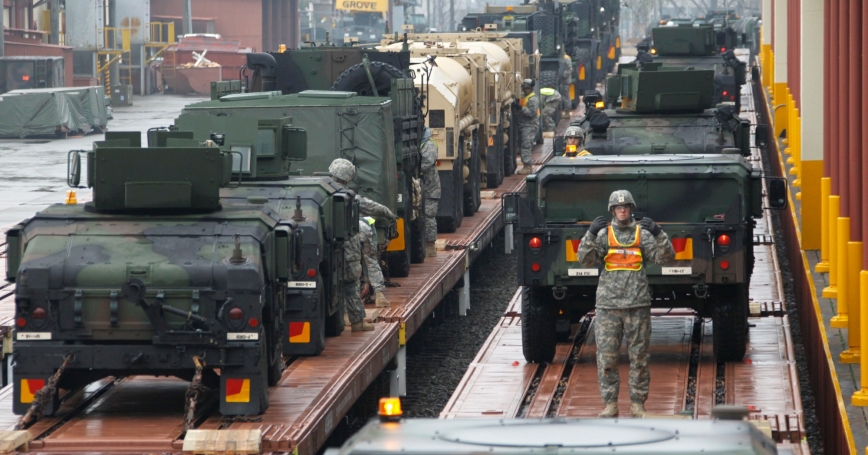 There is some truth to both claims. The United States and South Korea are certainly not planning to launch an unprovoked attack on the North, but they have made clear that any Northern attack would be met by a counterattack that would not stop at the Demilitarized Zone that separates the two Koreas.

These annual exercises, originally labeled “Team Spirit,” were canceled in 1992 and again from 1993 through 1995.

Negotiations between Washington and Pyongyang during this period, interrupted in 1993 when Team Spirit was rescheduled, eventually produced an agreement in which North Korea agreed to dismantle all its nuclear reactors while the United States promised to provide proliferation-resistant substitute reactors along with fuel oil while these were being built.

The promised American reactors never appeared, while the North Koreans established a clandestine enrichment program that they had earlier agreed with South Korea not to do. The overall effect of this period of engagement was to slow but not halt North Korea's progress toward nuclear weapons.

In recent years, these annual maneuvers have been named “Key Resolve.” This year's exercise was postponed until after the Olympics at the request of South Korean President Moon Jae In.

North Korea's Kim Jong Un responded to this gesture by agreeing to send his athletes and his sister to those games. He has also, however briefly, avoided further nuclear and long-range missile tests, and he invited President Moon to visit Pyongyang.

Reuters is reporting that Washington and Seoul plan to announce a new date for this year's exercise following the Paralympics to be held in early March.

China, for its part, has been urging a “freeze for freeze,” in which North Korea would halt further nuclear and long-range missile tests while Washington and Seoul would continue to hold off on large-scale joint exercises.

Such a deal would, for as long as it held, prevent North Korea from testing an operational ICBM capable of delivering a nuclear warhead to the continental United States. This falls far short of the longstanding American and South Korean demand, going back to at least the Clinton administration, for the complete dismantling of North Korea's nuclear weapons capacity and its long-range missile program.

For the immediate future, however, the decision whether to reschedule Key Resolve rests not on any military imperative, but rather on what President Trump might term “the art of the deal.”

Holding the exercise will show resolve, probably result in the withdrawal of President Moon's invitation to visit Pyongyang and lead to a further intensification of sanctions and of brinkmanship on both sides. Postponing the exercise could lead to the direct talks between Washington and Pyongyang that the Trump administration now seems open to.

Unfortunately, neither alternative seems likely to lead North Korea to roll back its nuclear and missile programs. Yet, if there are to be negotiations, it would seem better to hold them before rather than after North Korea develops an operational ICBM.

James Dobbins is a senior fellow and distinguished chair in diplomacy and security at the nonprofit, nonpartisan RAND Corporation, a former assistant secretary of state and the author of “Foreign Service: Five Decades on the Frontlines of American Diplomacy.”

This commentary originally appeared on The Hill on February 23, 2018. Commentary gives RAND researchers a platform to convey insights based on their professional expertise and often on their peer-reviewed research and analysis.