Could Putin's Speech Signal the Erosion of Nuclear Nonproliferation? 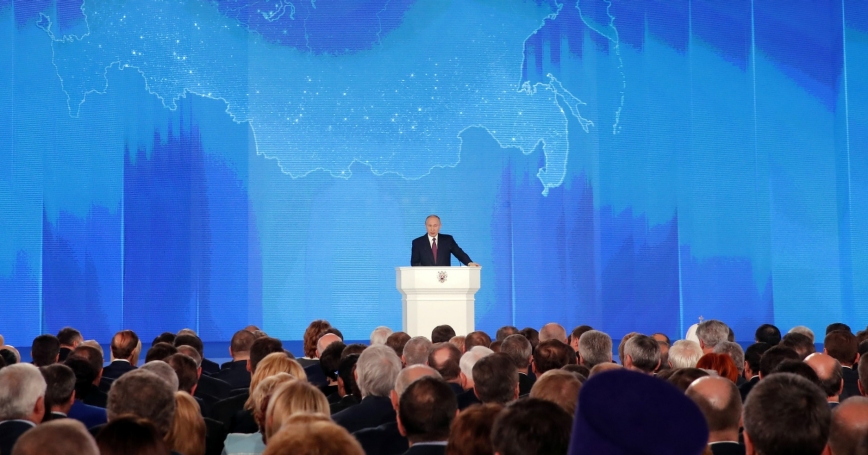 President Vladimir Putin's state of the nation address in which he described new emerging nuclear capabilities for use as delivery systems could represent an erosion of international nonproliferation mechanisms and a new destabilizing arms race.

This comes on the heels of other recent warnings about Russian intentions to increase reliance on nuclear weapons in deterrence and warfighting and its withdrawal from a bilateral treaty with the U.S. on plutonium stockpiles.

Such systems would likely have unlimited ranges and long operational timelines. They would also represent major changes in how nuclear capabilities could be employed and increase the risk of dangerous proliferation.

With manned systems, the crew serves as the security against the proliferation of the nuclear power plant. However, using unmanned systems removes this layer of security, should a deployed nuclear-powered system fall into foreign hands.

One need only think of the case of the American RQ-170 Sentinel stealth drone captured by Iran in 2011, as an example of what could happen if a nuclear-propelled drone were to fall into the hands of a hostile nation or terrorist organization. Iran reverse-engineered a similar system based on the U.S. captured system.

Imagine though if a Russian nuclear-propelled drone were to be hacked and brought down. Such a scenario could allow the capturing nation to reverse-engineer its own nuclear-powered system, and/or the nuclear material used for propulsion could be reprocessed to create a nuclear weapon.

If these new types of nuclear-powered drone systems are considered “nuclear weapons,” any transfer to a non-nuclear state would violate the NPT.

However, if nuclear propulsion systems without nuclear payloads are not considered to be weapons, the outcome is potentially more dangerous, as the international nuclear nonproliferation foundation, the NPT, would not apply. This could open new possibilities for the proliferation of nuclear and radiological material.

Global nonproliferation efforts, established through the NPT, have served as important foundations for keeping dangerous material out of the hands of dangerous state and non-state actors.

Putin has linked the development of these new weapons capabilities to the U.S. refusal to collaborate with Russia on arms control. Perhaps before Russia goes down this path, another attempt at dialogue would be beneficial as both nations have expressed a shared interest in limiting nuclear proliferation.

This commentary originally appeared on The Hill on March 6, 2018. Commentary gives RAND researchers a platform to convey insights based on their professional expertise and often on their peer-reviewed research and analysis.