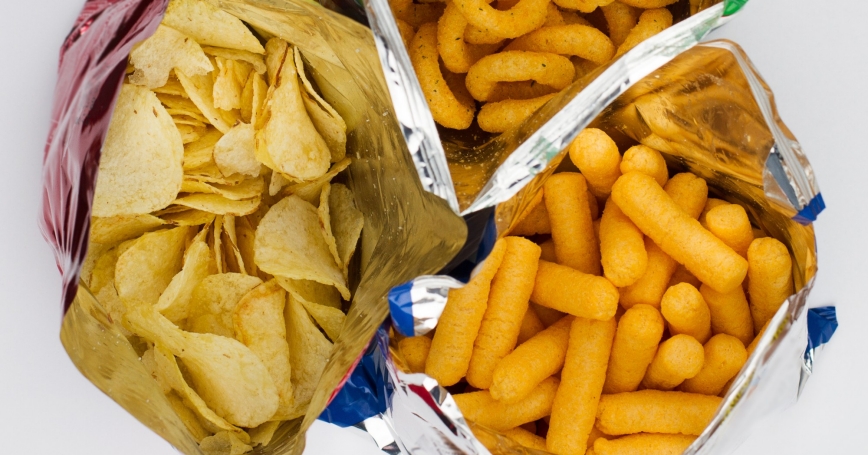 Even though obesity is a growing global epidemic, Chile is the only country that has taken a series of steps to counter the aggressive marketing of unhealthy foods—and potentially to limit the harm these foods can do.

As part of a two-year-old anti-obesity campaign, Chile is requiring foods high in sugar, salt, calories, or saturated fat to carry warning labels resembling black-and-white stop signs. Chilean officials wanted a simple way to make it immediately clear to consumers which foods had been linked to obesity and other chronic disease. Other regulations include prohibiting foods with these warning labels from being served in schools or advertised to children.

Nearly 40 percent of Chileans say they use the symbols to help them decide what to buy.

The labels are changing behaviors. Nearly 40 percent of Chilean citizens say they use the symbols to help them decide what to buy, and many manufacturers have voluntarily begun to reformulate processed foods to have less sugar, salt, and fat. Children are reportedly responding to the logos—a good sign in terms of raising awareness among the next generation of consumers. And studies are already underway to determine what the labels' effect may be on obesity.

But now that Sebastian Pinera once again became president of Chile on Sunday, these innovative obesity control policies may be reconsidered. A spokesman for Pinera, who vetoed the food bill in 2011 during his previous presidency, told the New York Times last month that he would likely take a second look at the law and explore ways “to improve it.”

Before such common-sense approaches to obesity are suspended, the new government would do well to consider why it should maintain these policies, which in the long run will benefit business and the country as a whole. Businesses require a healthy workforce, and the country will prosper when the majority of its citizens are not suffering from chronic diseases.

The food policy doesn't require businesses to change their products and doesn't ban any foods. It provides greater transparency. It makes it easier for consumers to understand the dietary risks they may be taking when they put processed foods into their shopping carts.

Warning labels are an excellent way to nudge people toward healthier diets.

Warning labels are an excellent way to nudge people toward healthier diets because people tend to pay more attention to negative messages than positive ones. Behavioral economists have confirmed the principle of loss aversion, which means people are predisposed to avoid harm rather than seek gain. When warning labels are absent, people may often react reflexively and be attracted to foods that provide immediate pleasure but can cause long-term harm.

The food environment is increasingly being designed with too many stimuli, too many novel products, and an excess of complicated information that ends up fostering impulsive and unhealthy choices. To encourage a change in habits, new cues and environments conducive to choosing a healthy diet are necessary. Warning labels act as cues to help people overcome habitual and impulsive behaviors.

By instituting its innovative food warning label policies, Chile has become a beacon of light to countries around the world. If Chile's new leadership gives these modest policies a chance, it should be able to see whether they can make a dent in the obesity epidemic, or whether stronger policies are necessary. The obesity epidemic remains a global problem, and in most places—including the United States—the epidemic continues to grow.

Chile has uniquely positioned itself as a world leader in obesity-control strategies. Other countries in Latin America are considering how they can emulate these promising policies. By staying the course, Chile could show why a commitment to the long game is imperative. Changing the world's unhealthy food habits won't happen overnight.

Deborah Cohen is a senior natural scientist at the nonprofit, nonpartisan RAND Corporation, and the author of “A Big Fat Crisis: The Hidden Influences Behind the Obesity Epidemic — and How We Can End It.”

This commentary originally appeared on Inside Sources on March 18, 2018. Commentary gives RAND researchers a platform to convey insights based on their professional expertise and often on their peer-reviewed research and analysis.