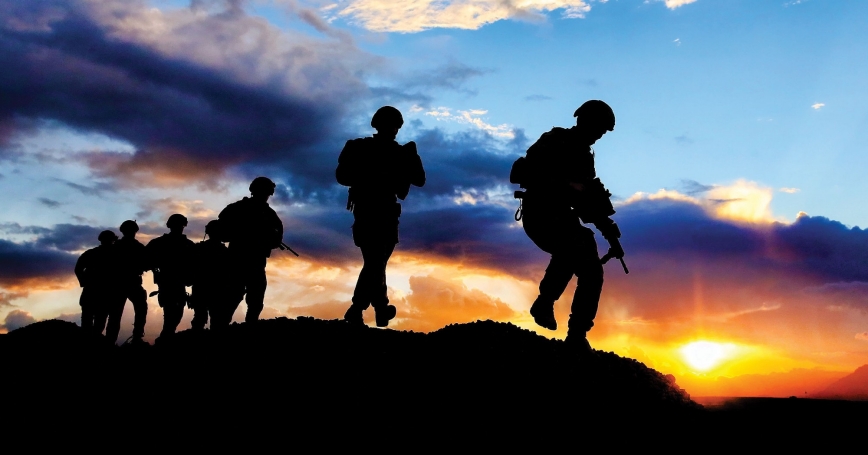 In September 2015, the Department of Defense (DoD) asked the RAND Corporation's National Defense Research Institute (NDRI), a federally funded research and development center sponsored by the Office of the Secretary of Defense, to initiate a study on the implications of allowing transgender personnel to serve openly. RAND NDRI is regularly called on by DoD to undertake analysis on sensitive policy issues when independence and objectivity are required.

The results of the study were briefed to the Under Secretary of Defense for Personnel and Readiness, as well as to the DoD Transgender Service Review Working Group, which was composed of military and civilian personnel representing all the military services and the Joint Staff. This DoD Working Group was charged by Secretary of Defense Ashton Carter to study the policy and readiness implications of allowing transgender persons to serve openly in the military. The findings from the RAND study and the DoD Working Group's research, as well as the advice of the Service Chiefs, were forwarded to Secretary Carter, and in July 2016 he decided to lift the ban on transgender personnel.

Since its publication, the research has been widely viewed as the most comprehensive and authoritative analysis on this topic.

RAND stands by the study's research approach, analysis, and findings. In light of recent references to our research, we offer the following points of clarification.

Given the complexity of these multi-faceted research questions, RAND assembled a multidisciplinary research team composed of experts in areas including military personnel policy, psychiatry, the military health system, health economics, military readiness, unit cohesion, and lessons learned from previous integration efforts in the military. Most of the members of the team had M.D.s or Ph.D.s, and two members of the research team were combat veterans.

Second, while there was limited data available related to some of the research questions DoD asked us to answer, and we aimed to provide DoD with a thorough analysis of the available data, we highlighted and caveated those limitations throughout the report so that DoD could understand the limitations and factor them into its decisionmaking process.

Third, our study reported on the health care needs, medical standards, and treatment options for gender dysphoria that were current and endorsed by professional medical associations including the American Medical Association, American Psychological Association, and American Association of Family Physicians at the time. The study notes that under the recently established criteria and terminology outlined in the Diagnostic and Statistical Manual of Mental Disorders, Fifth Edition, transgender status alone does not constitute a medical condition. Under these guidelines, only transgender individuals who experience clinically significant distress are considered to have a medical condition called gender dysphoria. It is unknown what proportion of transgender individuals experience dysphoria.

Fourth, regarding our analysis of the potential readiness implications of allowing transgender service members to serve openly, DoD specifically asked us to provide a detailed analysis of the potential implications that a decision to allow transgender personnel to serve openly would have on nondeployability rates. This was a particularly salient concern for DoD because constraints associated with transition-related medical treatments typically include a postoperative recovery period that would prevent any work and a period of restricted physical activity that would prevent deployment. Our analysis estimated that the readiness impact of transition-related treatment would lead to a loss of less than 0.0015 percent of total available labor-years in the active component.

Fifth, when written, our study provided the most comprehensive analysis of the policies, best practices, and lessons learned from all 18 foreign militaries that allowed transgender service members to serve openly. We found little publicly available data on most countries; therefore, the study provided an in-depth analysis of the policies of the four countries (Australia, Canada, Israel, and the United Kingdom) with the most well-developed and publicly available policies on transgender military personnel. The data indicated that there has been no significant effect of openly serving transgender service members on cohesion, operational effectiveness, or readiness. Findings on the effects of open transgender service on cohesion and readiness drew largely from research articles that specifically examined this question using interviews and an analysis of studies completed by the foreign militaries themselves. We did note that the militaries that are examined in-depth have had fairly low numbers of openly serving transgender personnel, and this may be a factor in the limited effect on operational readiness and cohesion.

Lastly, our analysis of the potential impacts on unit cohesion includes evidence from the available research on foreign militaries. However, the study does note that we do not have direct survey evidence or other data to directly assess the impacts on the U.S. military. The study also presents findings related to unit cohesion from previous DoD efforts to integrate gays and lesbians, and women into combat positions.

Our study also cites previous research that has found that while task cohesion (the shared commitment among members to achieving a goal that requires the collective efforts of the group) has long been recognized as a key contributor to unit effectiveness, evidence that social cohesion (the nature and quality of the emotional bonds of friendship, liking, caring, and closeness among group members) directly affects unit performance is mixed. In other words, unit members' ability to contribute effectively to the efforts of the group matters more for unit performance than unit member similarity or liking for one another.

Agnes Schaefer is a senior political scientist at the nonprofit, nonpartisan RAND Corporation.