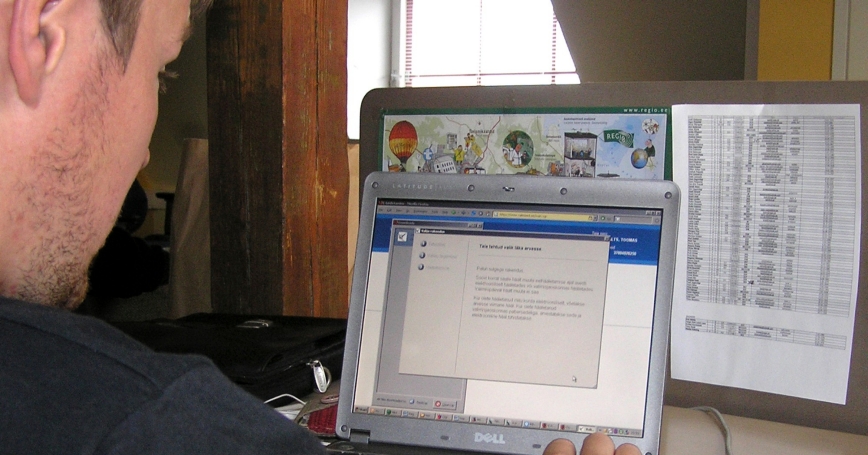 by Katherine Stewart and Jirka Taylor

The prospect of e-enabled elections has been around since the early days of the internet. However, the introduction of online voting platforms as a standard voting mechanism for local, national, and European elections in Estonia in 2005 has moved the concept of e-democracy from a hypothetical vision to an established mechanism for voting.

For its proponents, online voting is a way for Europe to modernise elections, facilitate access to the ballot box for voters abroad or those with difficulties accessing polling stations, and, critically, engage an electorate for whom digital platforms are increasingly an integral part of civic engagement. In this regard, online voting is seen as a solution that could potentially help to reverse the declining turnout in legislative elections, particularly among younger voters. For instance, turnout for European Parliament elections has decreased each cycle, from a high of 61.99 per cent of the electorate in 1979 to 42.61 per cent in 2014.

The evidence is mixed on whether online voting actually helps to increase voter turnout. Increased turnout was observed following the introduction of online voting in the 2000 Arizona Democratic primary elections in the United States, in a 2012 budget referendum in a Brazilian state, and in Estonian local elections for the period 2005–2009. Indeed, some Estonian e-voters reported in post-election surveys that they would not have, or probably would not have, voted in the absence of online voting, ranging from a high of 18.5 per cent after the 2005 local elections (PDF) to a low of 11 per cent in the 2007 parliamentary elections (PDF).

However, the introduction of online voting resulted in no significant impact on turnout for Norwegian local elections in 2013 and Swiss federal referendums from 2004 to 2014. At the same time, understanding the influence of online voting on turnout in light of broader political trends is no easy task.

Regardless of the impact on turnout among the wider population, the more important question is whether it has the potential to increase turnout among demographics that are less likely to participate in elections: notably younger voters. Certainly, there appears to be a relatively consistent body of evidence, from both online voting pilots and surveys showing that younger voters are more open in principle to using internet voting solutions.

However, whether this openness results in increased turnout amongst younger voters, or whether it is adopted by those who are more likely to vote anyway, is less clear.

Furthermore, the relationship between age, e-democracy, and actual participation is not necessarily straightforward. A review of 22 studies on internet voting (PDF) concluded that socioeconomic factors, such as age, gender, income, and education, were relevant to the choice to use online voting—but only to a certain degree. In fact, there was a far more important predictor: individual affinity to the internet, a characteristic often correlated with—but not analogous to—age. An analysis of 10 years of Estonian online voting concluded that computing skill was a significant predictor of voters' choice to use online voting options, more so than age, education or income.

Ultimately, the observed impact of online voting on voting behaviour to date has been varied. In some cases, it has led to an initial increase in voter turnout. But whether this leads to a long-term trend of sustained voter engagement, particularly among younger people, remains unclear. The potential benefits of online voting merits a conversation across Europe about its increased use in elections, although with consideration of related issues such as cybersecurity, data privacy, and ballot secrecy. However, on the basis of current evidence, proponents of online voting should be conscious that it may not be the “silver bullet” in addressing the wider problem of voter disengagement.

Open Evidence has launched an open survey to collect examples of the different ways that EU citizens can vote remotely, as well as attitudes to online voting.

The views and opinions expressed in this article are those of the authors and do not necessarily represent the official position of the European Commission.

This commentary originally appeared on E!Sharp on March 23, 2018. Commentary gives RAND researchers a platform to convey insights based on their professional expertise and often on their peer-reviewed research and analysis.