What Will Kim Jong Un Want and What He Might Give 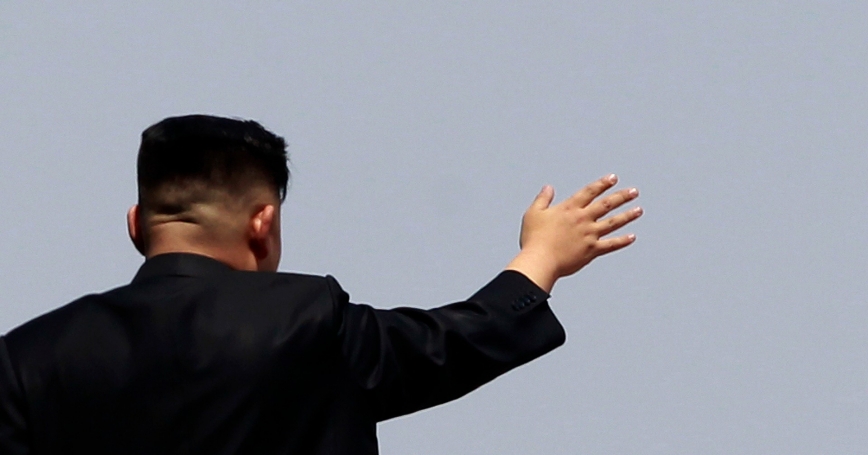 Beyond the immediate questions of whether, where, and when Donald Trump and the North Korean leader will meet lie the larger questions of what Kim Jong Un will want—beyond the photo op with the American president—what he may be willing to give, and whether anything he promises will be delivered.

So far, Kim is largely following a script written by his father and grandfather. Kim Il Sung, North Korea's first leader, reached out first to his South Korean equivalent in 1972 and then to Washington. His son, Kim Jong Il, entertained Secretary of State Madeleine Albright in Pyongyang and hoped to host President Clinton in 2000.

The most fundamental objectives of both leaders were the withdrawal of American forces, a formal end to the Korean War, and the reunification of the two Koreas.

More recently, the North Koreans have sought a halt to large-scale joint U.S.-South Korean military exercises, relief from sanctions, normalization of relations with the United States, and compensation for the alleged costs involved in dismantling their nuclear facilities.

In exchange, both former Korean leaders were willing to offer complete denuclearization, and Kim Jong Un has offered to discuss the possibility. His father, Kim Jong Il, actually initiated meaningful but limited steps in that direction.

Interestingly, Kim Jong Un has already played one card, by offering to talk about denuclearization and to hold off nuclear and missile testing even as the United States and South Korea go ahead with their annual military exercise.

This is a concession his father, Kim Jong Il, was unwilling to make back in the mid-1990s. These annual military maneuvers have since been greatly scaled back and may now be of less concern to the North.

Kim Jong Un's grandfather and father had been willing to pledge not to store, produce, or test nuclear weapons or to produce fissile materials. In 1994, Kim Jong Il went beyond those pledges and began dismantling his country's nuclear reactors while accepting intrusive on-site inspections.

In exchange, the United States promised to deliver new, proliferation-proof reactors and to provide fuel for oil-powered electric plants in the interval. The oil was sometimes late, and the new reactors were never delivered.

At the same time, North Korea initiated a clandestine nuclear-enrichment program, something it had promised South Korea it would not do. When this covert program came to light, it caused the Bush administration to walk away from the 1994 agreement.

North Korea cannot be counted on to deliver on concessions that cannot be verified.

The record suggests North Korea may be willing to fulfill commitments that can be verified, but it cannot be counted on to deliver on those that cannot. This is unfortunate, but not unusual in bargains between adversaries. This fact puts a premium on the verification elements of any deal President Trump may broker.

In this respect, the 2015 nuclear agreement with Iran, far from being “the worst agreement ever,” is the best—the gold standard in rigorous on-site verification provisions, far more rigorous than anything achieved by President Reagan with the Soviet Union even at the height of détente.

It seems unlikely that Kim Jong Un will agree to provisions comparable to those in the Iran deal, but even if he did, these could never provide assurance of his country's complete denuclearization.

Unlike in 1994, North Korea now has an unknown number of nuclear weapons stored in unknown locations along with an unknown quantity of weapons-grade fissile material. No matter how many of these weapons North Korea gave up, there will be no way of determining how many are left. And it will be prudent to assume that there are some.

In sum, verifiable denuclearization is an impossible goal no matter how skilled the American negotiator, not just because Kim Jong Un may not agree, but more fundamentally, because such an agreement could not be fully verified if he did.

Nonproliferation norms will be less damaged if North Korea gives up some weapons and ceases nuclear testing, thus becoming a suspected but undeclared nuclear power.

North Korea's nuclear weapons and missile stockpiles may be reduced if some weapons are verifiably destroyed, and subsequent growth can be slowed if large visible facilities were closed down.

James Dobbins is a senior fellow with the nonprofit, nonpartisan RAND Corporation, a former assistant secretary of state and the author of Foreign Service: Five Decades on the Frontlines of American Diplomacy.

This commentary originally appeared on The Hill on March 12, 2018. Commentary gives RAND researchers a platform to convey insights based on their professional expertise and often on their peer-reviewed research and analysis.