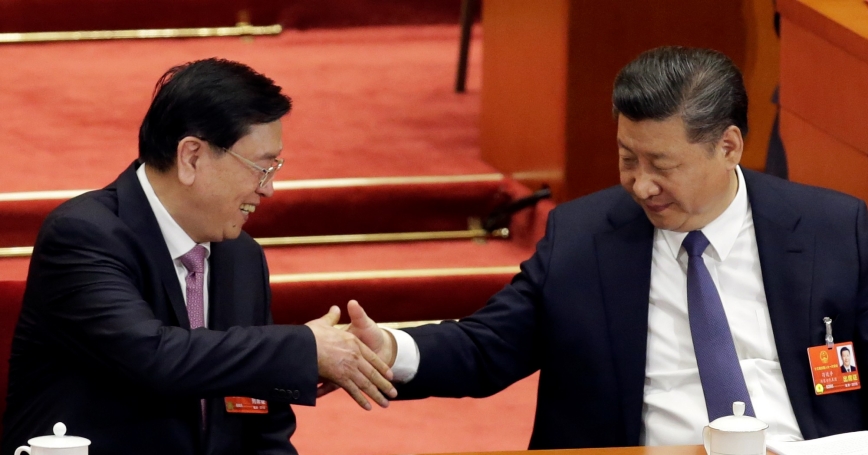 Measures announced last month at China's 13th National People's Congress to strengthen the leadership role of the Chinese Communist Party and remove term limits for President Xi Jinping have raised fears about the increasingly authoritarian trajectory of Chinese politics. However, given the country's immense economic and governance challenges and the realities of its political system, authorities have little realistic alternative than to rely on the Communist Party's leadership to oversee difficult structural changes. While repression may well increase and the possibility of policy misjudgment cannot be ruled out, boosting the party's influence also increases the chance that Beijing will fulfill badly needed reforms concerning governance and the economy, moving one step closer to achieving Xi's “China dream” of national revitalization.

At the National People's Congress, which concluded on March 20, China's top brass formally elected a new government leadership, passed a supervisory law establishing a powerful new anti-corruption agency, and approved a government reorganization plan. Yet Western media focused primarily on the abolishment of presidential term limits, a stunning reversal of two decades of incremental institutionalization aimed at stabilizing government turnover. Commentators uniformly denounced the move, with many characterizing it as a Xi “power grab.” Others warned that China may be returning to the Mao era of strongman rule. Ending the term limits remains controversial even in China, with former party newspaper editor Li Datong and Wang Yang, a high-profile businesswoman, among those voicing their strong opposition to it.

Other moves announced at the annual meeting of China's legislature prompted concern as well. Critics warned that the newly established National Supervisory Commission, designed to extend Xi's anti-corruption drive, will have sweeping powers to investigate anyone on a public payroll, expanding possibilities for abuse by authorities. For Westerners who hoped decades of prosperous growth would spur greater liberalization and reductions in arbitrary party interference, the trend toward strengthened party rule appears discouraging. At least one observer despaired that China appeared headed toward a “new totalitarianism.”

Fears of increased repression are well founded, but this does not mean that stronger Communist Party rule will fail in its main purpose, which is the realization of difficult but needed changes to China's governance and economy. To understand why, consider two points. First, the immensity of the challenge confronting Chinese authorities raises the need for strong political leadership. Second, China's legacy of weak civil society and Leninist rule limits the options available for that leadership.…

Timothy R. Heath is a senior defense and international researcher at the non-profit, non-partisan RAND Corporation.

This commentary originally appeared on World Politics Review on April 2, 2018. Commentary gives RAND researchers a platform to convey insights based on their professional expertise and often on their peer-reviewed research and analysis.