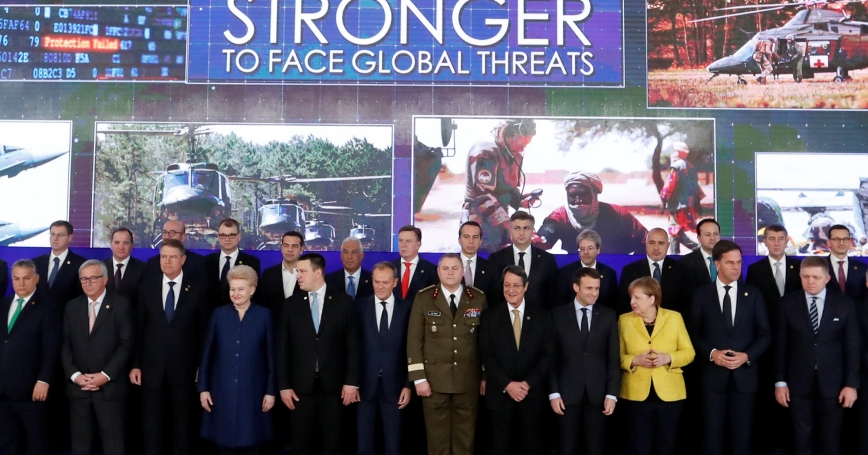 Group photo of EU leaders on the launching of the Permanent Structured Cooperation (PESCO) during a EU summit in Brussels, Belgium, December 14, 2017

by Rachel Rizzo and Gene Germanovich

In late December, all but three European Union nations agreed to activate the continent's latest, and perhaps most promising, effort to coordinate their defense investments. This initiative, dubbed PESCO for Permanent Structured Cooperation, has largely been met with bewilderment and concern on this side of the Atlantic. But U.S. officials should welcome it—and press the EU's leading nations to use its framework to move from project-based collaboration to properly resourced militaries with credible capability.

Thus far, deeper EU defense cooperation has remained more of a dream on paper than reality. These efforts began in earnest at the 1998 St. Malo Summit where French President Jacque Chirac and British Prime Minister Tony Blair signed a declaration recognizing the EU's need to “have the capacity for autonomous action, backed up by credible military forces, the means to decide to use them, and a readiness to do so.” The announcement caused alarm in the Clinton administration. During NATO's 50th anniversary summit, then-Secretary of State Madeline Albright proclaimed that there should be no delinking European defense from NATO, no duplication of existing efforts, and no discrimination against non-EU members.

In reality, however, terms such as “structured,” “closer,” and “enhanced” have long elicited debate, disagreement, and fear even among some EU nations themselves. Long-standing concerns about a stronger EU gradually eroding national sovereignty, laying the foundation for an EU army, or weakening NATO have thus far precluded more meaningful cooperation across procurement, capability development, and operations. Any sharing, pooling, and common decision-making that did occur under the EU's Common Security and Defense Policy (CSDP) suffered from shrinking defense budgets and only episodic attention on defense.…

This commentary originally appeared on Defense One on May 12, 2018. Commentary gives RAND researchers a platform to convey insights based on their professional expertise and often on their peer-reviewed research and analysis.