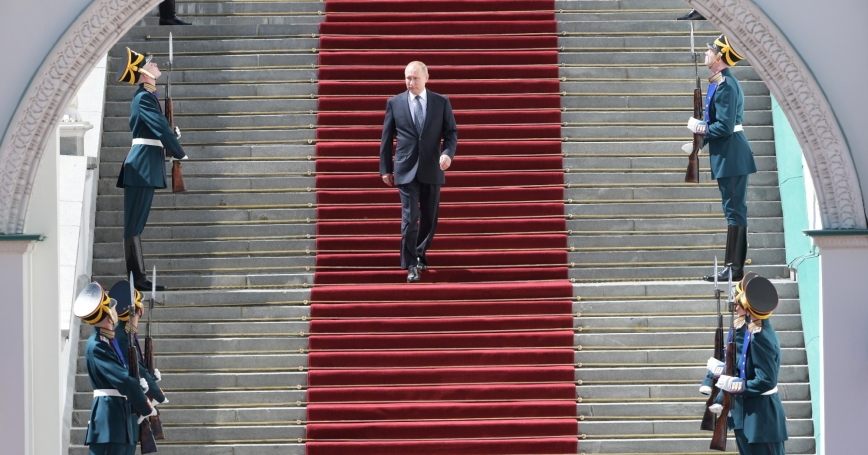 Russian President Vladimir Putin walks down the stairs after an inauguration ceremony in Moscow, Russia, May 7, 2018

In a provocative new essay, Vladislav Surkov, a top aide to President Vladimir Putin, says Russia is ending a centuries-long quest to join the West and preparing for “100 years (200? 300?) of geopolitical solitude.” If Russia goes this way it will be because of unwise policies, not a Western cold shoulder.

In One Hundred Years of Solitude, Gabriel García Márquez told of fictional Macondo, an isolated town that became a bustling city then lost its way. Russia, too, has gone off course. A glaring example is its aggression in Ukraine, of which Surkov is a Kremlin architect. The war has alienated Russia's largest neighbor and driven that neighbor westward, and led to unprecedented Russian isolation from the West.

In response, the West in 2014, imposed sectoral sanctions that impede Russia's access to international finance, energy and defense technology. In response to accumulated concerns about Russia's malign activities, the U.S. roiled Moscow's stock market by sanctioning two leading business tycoons (among others) and their substantial enterprises. Russia's misbehavior has fed opposition in parts of Europe to the planned Nord Stream II gas pipeline to run under the Baltic Sea between Russia and Germany.…

William Courtney is an adjunct senior fellow at the nonprofit, nonpartisan RAND Corporation, and a former U.S. ambassador to Kazakhstan, Georgia and a U.S.-Soviet commission to implement the Threshold Test Ban Treaty.

This commentary originally appeared on The Cipher Brief on May 6, 2018. Commentary gives RAND researchers a platform to convey insights based on their professional expertise and often on their peer-reviewed research and analysis.