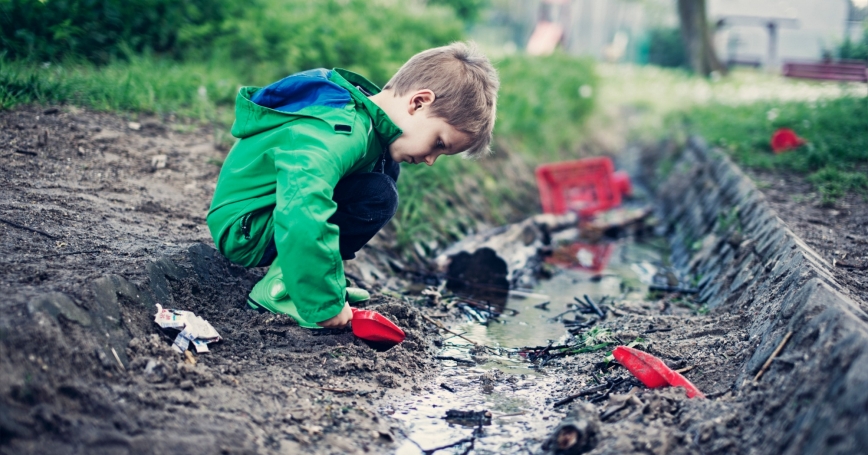 by Joanna Hofman and Katherine Stewart

Based on figures from 2016, nearly 26.4% of children across the EU are experiencing, or are at risk of experiencing, poverty or social exclusion. But the EU has one potential policy development to deal with this worrying trend. The most recent figures are worrying, not just because of the disadvantages for children in their early life, but also because of the lasting effects: childhood poverty and social exclusion can increase the likelihood of unemployment and criminal convictions later on in life.

One potential future policy development to help tackle child poverty across the EU is a dedicated Child Guarantee, an initiative proposed by the Group of the Progressive Alliance of Socialists & Democrats in the European Parliament.

If adopted, the Child Guarantee would put in place a political commitment to provide every child at risk of poverty in the EU with access to free healthcare, education and childcare, adequate nutrition and decent housing.

As the initiative is at an early stage, it is unclear whether it is feasible, how it would be implemented in practice and how it would interact with other funding mechanisms available to member states.

The Child Guarantee would fit into a complex landscape of funding mechanisms. As detailed in a recent policy memo for the European Platform for Investing in Children, some existing EU funding instruments, such as the European Regional Development Fund and European Social Fund, have often been used to fund child-centred initiatives, such as building childcare infrastructure and supporting single parents in the labour market.

Others, such as the Fund for European Aid to the Most Deprived, have been used by member states to specifically support children in poverty, for example, by supporting the provision of school supplies.

While the European Commission made a recommendation for member states in 2012 to draw on EU funding sources to support investment in children's development and well-being, in 2015 the European Parliament noted that member states had given little attention to using this funding in their own fight against child poverty. A future Child Guarantee would be unique because it would focus exclusively on children.

There is, however, a precedent. In 2013, the European Council established a Youth Guarantee (YG) to address high-levels of youth unemployment across the EU. The YG is a commitment by all member states to ensure that all young people under the age of 25 years receive a good quality offer of employment, continued education, apprenticeship or traineeship within a period of four months of becoming unemployed or leaving formal education.

It is accompanied by a special funding instrument, the Youth Employment Initiative (YEI) to fund activity in this area by member states.

The idea of a Child Guarantee could be appealing, but there are inherent challenges and risks involved in establishing such an instrument, as shown through the experiences of the YG and YEI.

Initial results of the YEI implementation show that it is falling short of expectations, as member states could not ensure that all young people covered by the YG would receive a job offer within four months.

In a report, the European Court of Auditors suggested that one of the reasons this goal was not met was insufficient assessments prior to the implementation of the YEI that would examine the real needs and gaps on the market.

This could have helped to identify the resources available and the measures that were required, as well as identifying how to integrate the most vulnerable young people into the labour market.

While the YG was an immediate reaction to the financial crisis, a future Child Guarantee would reflect a more proactive and strategic approach: not only to improve the prospects of young people entering the labour market but also to improve the life-chances of future generations.

However, the root causes of child poverty and disadvantage and the ultimate impacts on future social outcomes are complex. There is no silver bullet to solve this challenge, so it is unlikely that one policy initiative alone will change child poverty overnight.

The main challenges appear to be finding the most effective way the EU could support member states and determining whether the existing legal provisions, instruments and funding are sufficient to tackle child poverty.

While a Child Guarantee might be a welcome policy initiative, it could also be worthwhile to encourage member states to take a look at the funding mechanisms that are already in place and available.

Joanna Hofman is a research leader and Katie Stewart is an analyst in the home affairs and social policies research group at RAND Europe. Both are involved in research for the European Platform for Investing in Children.

This commentary originally appeared on EurActiv on May 20, 2018. Commentary gives RAND researchers a platform to convey insights based on their professional expertise and often on their peer-reviewed research and analysis.